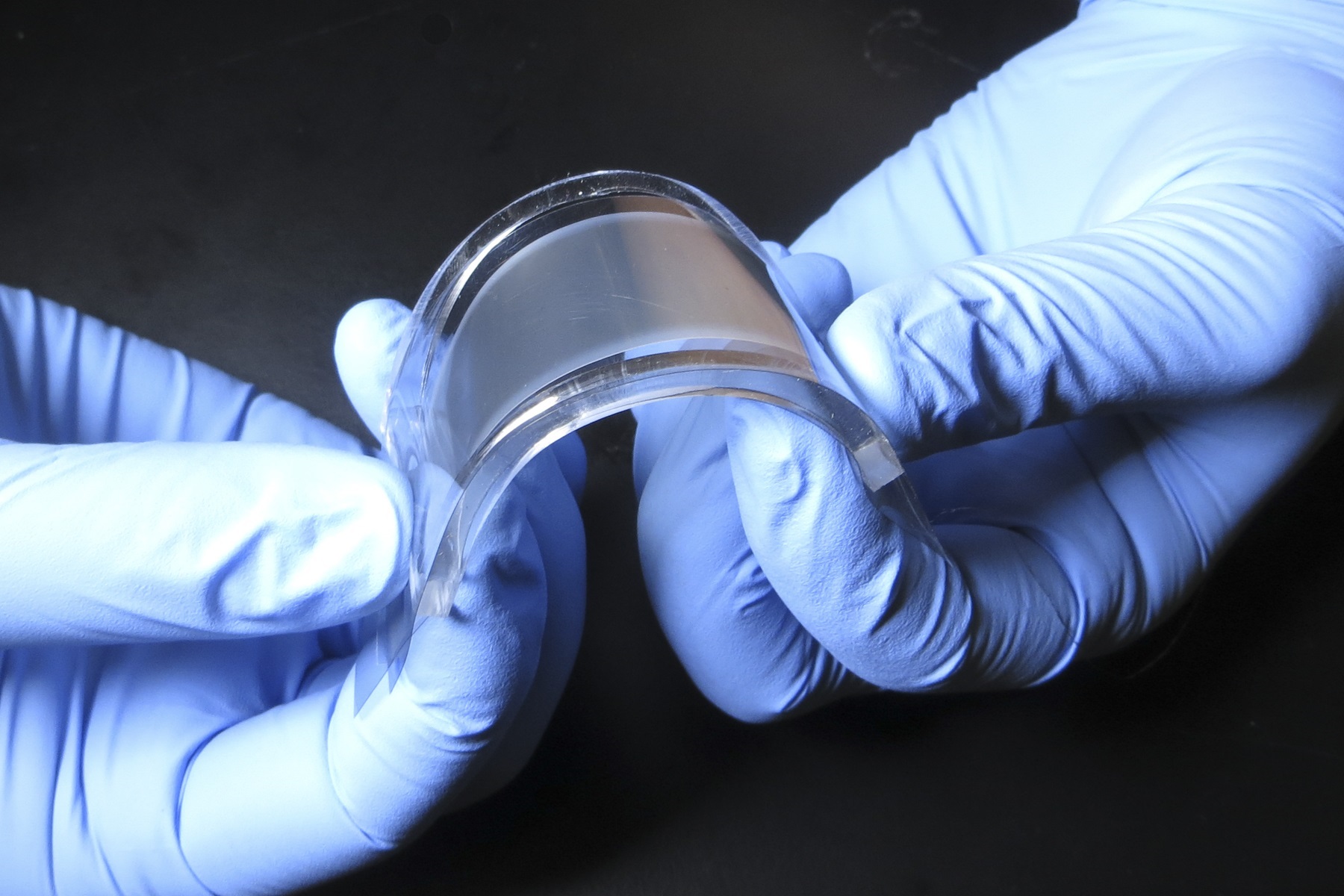 Engineers and scientists from the UCLA Henry Samueli School of Engineering and Applied Science and SRI International, a nonprofit research and development organization based in Menlo Park, California, have created a thin flexible device that could keep smartphones and laptop computers cool and prevent overheating.

The system’s flexibility also means it could eventually be used in wearable electronics, robotic systems and new types of personalized cooling systems. It is the first demonstration of a solid state cooling device based on the electrocaloric effect — a phenomenon in which a material’s temperature changes when an electric field is applied to it. The research was published Sept. 15 in Science.

The method devised by UCLA and SRI researchers is very energy-efficient. It uses a thin polymer film that transfers heat from the heat source (a battery or processor, typically) to a “heat sink,” and alternates contact between the two by switching on and off the electric voltage. Because the polymer film is flexible, the system could be adapted for devices with complex curvature or with moving surfaces.

“We were motivated by the idea of devising a personalized cooling system,” said Qibing Pei, UCLA a professor of materials science and engineering and the study’s principal investigator. “For example, an active cooling pad could keep a person comfortable in a hot office and thus lower the electricity consumption for building air conditioning. Or it could be placed in a shoe insole or in a hat to keep a runner comfortable in the hot Southern California sun. It’s like a personal air conditioner.”

A major application could be in mobile and wearable electronics. As most smartphone and tablet users know, devices tend to heat up when they are used, particularly with power-intensive applications like video streaming. So although the devices are made with interior metal radiators designed to pull heat away from the battery and computer processors, they can still overheat, which can even cause them to shut down. And excessive heat can damage the devices’ components over time.

That tendency to overheat remains a major challenge for engineers, and with the anticipated introduction of more flexible electronic devices, it’s an issue that researchers and device manufacturers are working hard to address. The cooling systems in larger devices like air conditioners and refrigerators, which use a process called vapor compression, are simply too large for mobile electronics. (They’re also impractical for smartphones and wearable technology because they use a chemical coolant that is an environmental hazard.)

“The development of practical efficient cooling systems that do not use chemical coolants that are potent greenhouse gases is becoming even more important as developing nations increase their use of air conditioning,” said Roy Kornbluh, an SRI research engineer.

The UCLA–SRI system also has certain advantages over another advanced type of cooling system, called thermoelectric coolers, which require expensive ceramic materials and whose cooling capabilities don’t yet measure up to vapor compression systems.

Pei said the invention’s other potential applications could include being used in a flexible pad for treating injuries, or reducing thermal “noise” in thermographic cameras, which are used by scientists and firefighters, and in night-vision devices, among other uses. 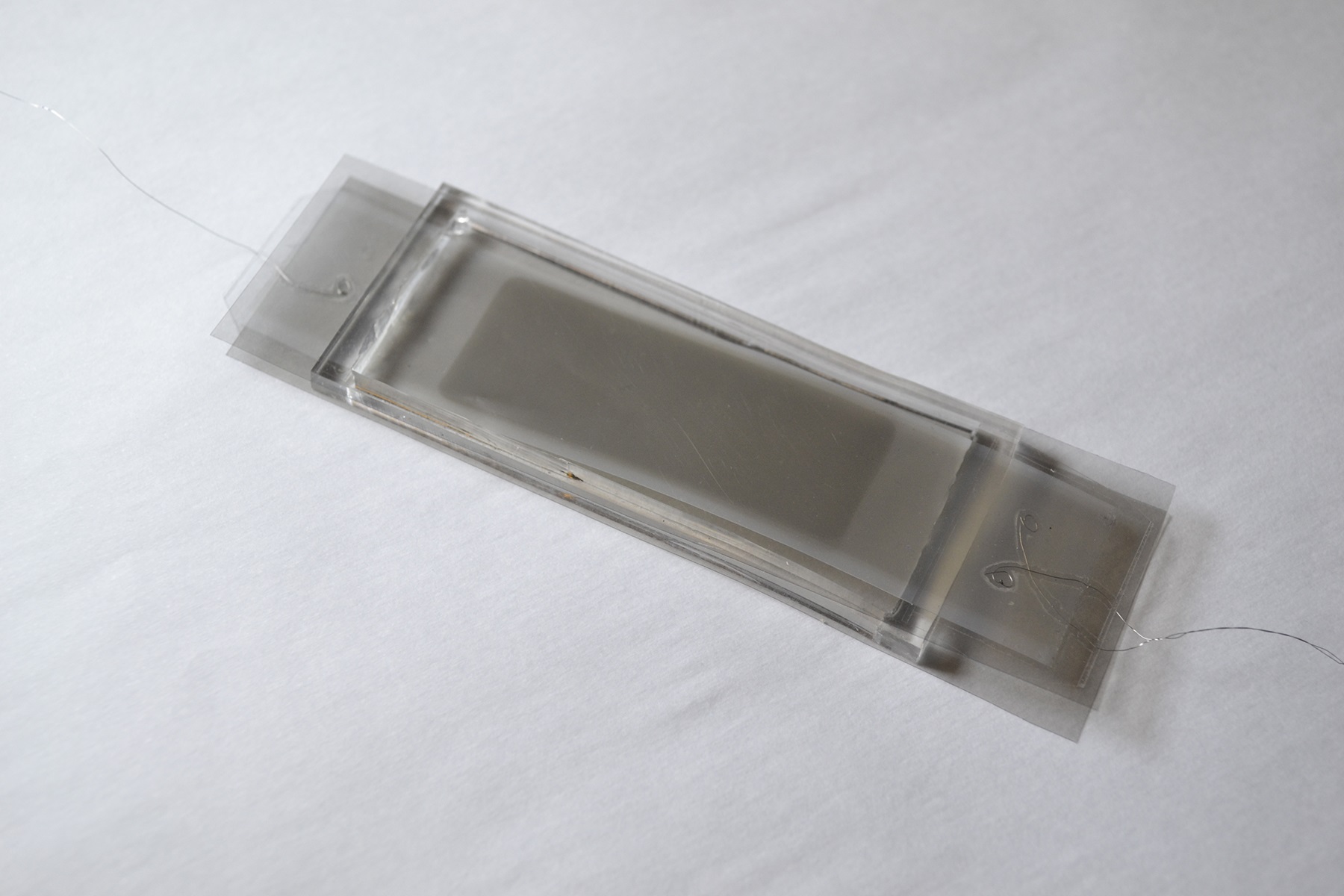 The research was supported by the Department of Energy’s Advanced Research Projects Agency–Energy and by the Air Force Office of Scientific Research. The researchers have submitted a U.S. patent application for the device.