Elastomeric Transistor with Softness and Robustness Comparable to Cloth

Unbreakable when stepped on by high-heeled shoe or washed 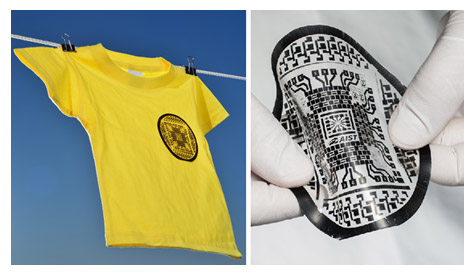 Tough enough to be washed attached to clothes

Researchers from the National Institute of Advanced Industrial Science and Technology (AIST), have developed a transistor that shows softness and robustness comparable to cloth and will endure a wide range of loads (stretching, bending, twisting, compressing, and impact).

The transistor does not use hard materials such as metals and oxides, and is made only from soft carbon-based materials such as single-walled carbon nanotubes (SWCNTs), rubber, and gel; this allows all materials to be integrally deformed in response to the applied load. When the transistor is attached to a piece of clothing and worn, it will become a part of the fabric and fit the human body, causing little stress on the body. In future, it is expected to be applied to human-monitoring electronics in the medical field, such as biological sensing systems and the skin of personal care robots.

Details of the study will soon be published online in an American scientific journal, Nano letters.

Electronic devices with softness comparable to cloth could realize the monitoring system of health status (e.g. pulse, presence or absence of arrhythmia, and skin temperature) in everyday life without causing too much stress on the human body. However, it has been difficult so far to realize a device that shows both softness and robustness, because conventional electronic devices are made from hard materials such as metal, oxide, and alloy.

In the present study, the researchers utilized the electrical properties and elastic behavior of the SWCNTs of network structure in order to develop a transistor made only from elastomeric materials: they used the conductive SWCNT rubber composite as the electrodes and semiconductive SWCNTs as the channel.

Part of this study was supported by a research topic “Functional integrated CNT flexible nano MEMS devices fabricated by self-assembling processes” (Fy2009 - FY2013) included in the CREST research area Creation of Nanosystems with Novel Function through Process Integration of the Japan Science and Technology Agency.

The developed side gated transistor is schematically shown in Fig. 1 (top left). The source, drain, and gate electrodes are made from the conductive SWCNT rubber composite; the channel is semiconductive SWCNTs; the dielectric layer is an ion gel; and the substrate is silicone rubber. All constituent materials possess mechanical properties similar to cloth and no hard metal nor oxide was used. Characteristics of the transistor are shown Fig.1 (right). The on-current is –50 µA and the on/off ratio is 104, which are comparable to those of previously reported flexible transistors. 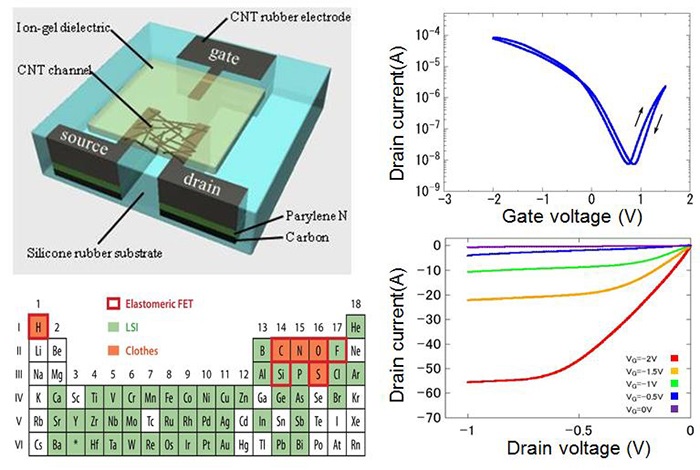 Figure 2 shows the Young’s modulus and the elastic limit for each of the constituent materials of the transistor, as well as variety of metals, plastic, and fabrics, as indices of flexibility and toughness.

The Young’s modulus and the elastic limit of the consitutent materials of the transistor, as well as variety of metals, plastics, and fabrics are summarized in the Fig.2, as indices of flexibility and toughness. Young’s modulus is the ratio of the stress to the strain and indicates how soft the material is. The elastic limit is the maximum strain under which the material can keep reversible stretchability and flexibility and indicates how stretchable it is. Figure 2 indicates all the constituent materials of the transistor (the conductive SWCNT rubber composite, the ion gel, and the silicone rubber) possess softness and robustness similar to those of fabrics. 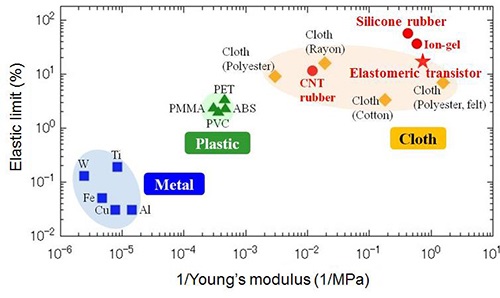 Figure 2: The Young’s modulus and the elastic limit for each of the constituent materials of the transistor and various other materials

Figure 3 shows the characteristics of the transistor before and after being stepped on by a high-heeled shoe (pressure: about 2.5 MPa). Because all of the materials deformed integrally, the concentration of stress, strain, etc. at the interface was reduced and almost no change was observed in the characteristics of the transistor (e.g. in the on-current and the on/off ratio) after being stepped. The transistor did not break and continued to maintain its characteristics, despite being subjected to this large amount of pressure—possibly one of the most severe loads it may be exposed to in everyday life. 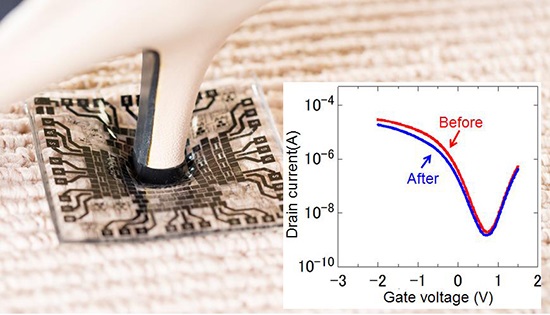 Figure 3: The transistor being “stepped on” by the heel of a high-heeled shoe (main photo), and its performance before and after the event (inset)

The researchers plan to combine the transistor with flexible sensors and flexible energy devices to develop a human-monitoring system such as a human body-pressure distribution-sensing system for medical use. Their goal is to develop human-friendly electronic devices that can be worn just like clothes and place no burden on the human body.