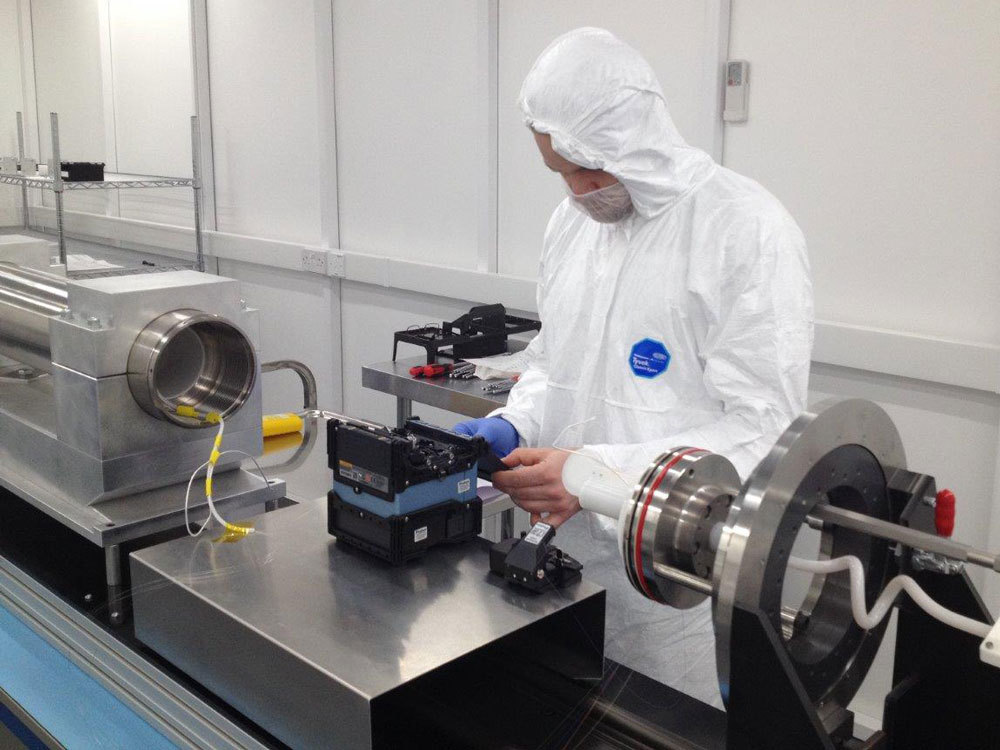 The capacity and span achieved today exceeds the previous record of 115 Terabit/s over 100 km by more than six times.

The experiments, involving researchers from the UCL Optical Networks Group, used nine broadband amplifiers spaced at 70 km to transmit the signal. In the near future, these will be connected to form a loop to allow tests over much longer distances.

Increasing the bandwidth is the best way to get more capacity from a given fibre and the combination of a C-band and an L-band amplifier has been used to get bandwidths of approximately 70 nm, but Raman amplification used by the team offers even greater bandwidth at 91 nm, while minimising noise.

The experiment, used a hybrid distributed-Raman / EDFA amplifier which is an extension of the technology that Xtera currently deploys in subsea repeaters. This was combined with low-loss and large effective area fibre from Sumitomo, state-of-the-art modulators from Oclaro, and expertise in 256QAM generation, optical fibre transmission, digital signal processing, and adaptive forward error correction (FEC) from UCL.

In recent years, higher order modulations and more sophisticated techniques in modulating, coding and processing data in the digital domain have been key transmission enablers, so 256QAM and adaptive forward error correction shows the direction that commercial modules will be rolling out in the foreseeable future.

Dr Stuart Barnes, Chairman of Xtera, in expressing how pleased he has been with the Xtera / UCL collaboration, stated, “This is the start of an exciting period of work where Xtera and UCL will push the limits of this technology even further, a possibility which doesn’t exist for two discrete C+L amplifiers. I am confident that more bandwidth is not only possible but also practical, and more importantly, commercially viable. Xtera will continue to push transmission technology further in order to create products which meet the market demands of the future.”

UNLOC is a large, collaborative programme, supported by EPSRC and many industrial partners, in which the team explore different techniques to generate, transmit and process data to unlock the capacity of optical communications systems, critical to the development of future communications infrastructure.

“This latest accomplishment has been enabled by many ground-breaking research developments in digital signal processing and amplifier technology as well as dedicated effort of outstanding researchers from UCL's Optical Networks Group and Xtera,” Concluded Professor

Details of the experiment and findings