ORC to lead £6.1m research programme for the next generation of optical fibres 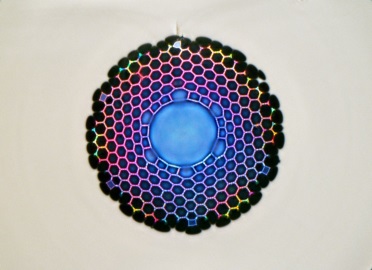 The University of Southampton’s Optoelectronics Research Centre (ORC) is to lead a £6.1m EPSRC-funded programme to develop the next generation of fibre optics and position the UK as a world-leader in this technology.

Bringing together expertise from Southampton’s ORC, and over 25 research organisations and industry partners, the new AirGuide Photonics programme will transform future fibre networks and generate enormous potential for a multitude of uses ranging from a faster more responsive internet, through space exploration, to laser based manufacturing and bioengineering.

Today’s conventional optical fibres, used the world over, contain a glass ‘core’ at the centre of the fibre through which light is transmitted. However, not only does this glass centre limit the speed of the light as it passes through, but it also adversely affects other aspects of its propagation, thereby limiting the performance of the fibre and the associated optical system. AirGuide Photonics will replace this conventional glass core with air, or a vacuum, to produce hollow-core ‘light pipes’. By guiding light through air, rather than through glass, these new optical fibres offer increased bandwidth with lower latency, greatly improved power handling and improved overall quality of light transmission.

The new programme will investigate and explore the performance limits of hollow-core fibre technology. It will also develop innovative means of manufacturing and reliable methods of interconnecting these new optical fibres to other more conventional fibre types as well as other optical components such as lasers.

To maximise the impact of the research the programme will also develop and demonstrate bespoke application-specific fibres based on the project partners particular interests and will work with the partners to demonstrate real world uses of the technology that will serve to showcase its unique and enabling properties.

Earlier this month over 70 guests, including those from key industries such as telecommunications, sensing and data communications attended a launch event in Southampton, which included networking opportunities and technical presentations.

Professor David Richardson, Programme Lead for AirGuide Photonics, and Deputy Director of the University’s Optoelectronics Research Centre, said: “The ORC has been at the forefront of photonics for over 40 years. Our new AirGuide Photonics programme will continue to push the boundaries of what can be achieved with optical fibres and develop a disruptive technology that puts the UK at the forefront of optical technology.”

Professor Tom Rodden, Deputy Chief Executive of the Engineering and Physical Sciences Research Council (EPSRC) said: “The ORC has been pioneering the development of fibre optics and advancing communications technology for many years and has an impressive record of using research funding to collaborate with academic and industry partners. EPSRC has consistently supported research at the ORC and the new AirGuide Photonics programme promises to push at the boundaries once more. We are confident that the research will uncover more discoveries and lead to world-leading innovations.”

The ORC has built strong links with industry, research institutions and universities around the world, from informal collaborations to large-scale funding. In 2014, it launched The Photonics Institute with Nanyang Technological University (NTU) in Singapore. Ten spin-out companies, including Fibercore, Fianium, SENSA, SPI Lasers and Stratophase have commercialised ORC research, while its extensive outreach programme has brought light technologies into schools across the country.