Magnetism affects the accuracy of watches and has been an issue for watchmakers for centuries. At a press conference in Tokyo, OMEGA shared details of a significant innovation breakthrough that solves this problem.

After the guest speakers made their presentations, a demonstration was arranged allowing members of the media to see the innovative new movement in action. In the session, visitors saw that a magnet – including the type used to secure a normal handbag – stopped a mechanical watch made by a competing brand and fitted with a traditional anti-magnetic inner-case. Afterwards,  the Seamaster Aqua Terra > 15,000 gauss, equipped with the OMEGA Co-Axial calibre 8508, functioned perfectly after it had been exposed to exactly the same magnetic fields. Mr Monachon pointed out that exposure to everyday magnetic fields can easily cause a normal mechanical watch to lose up to five minutes per day. 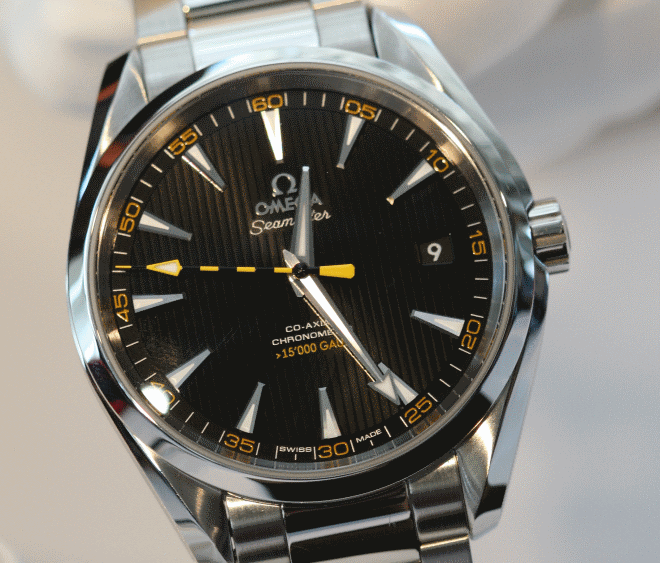 Key steps toward “making the impossible possible”
In 2008, OMEGA unveiled its Si14 silicon balance spring. Silicon is an anti-magnetic element and the incredible stability and the resistance to any sort of environmental disturbance – including magnetic fields – was the first important step toward the development of an anti-magnetic watch.

These innovations in combination contributed to the creation and launch of the OMEGA Co-Axial calibre 8508 – the world’s first truly anti-magnetic mechanical watch movement. With the Seamaster Aqua Terra > 15’000 gauss, OMEGA has introduced innovative technology that will forever change the way the watchmaking industry approaches the ever-increasing challenges of magnetic fields.