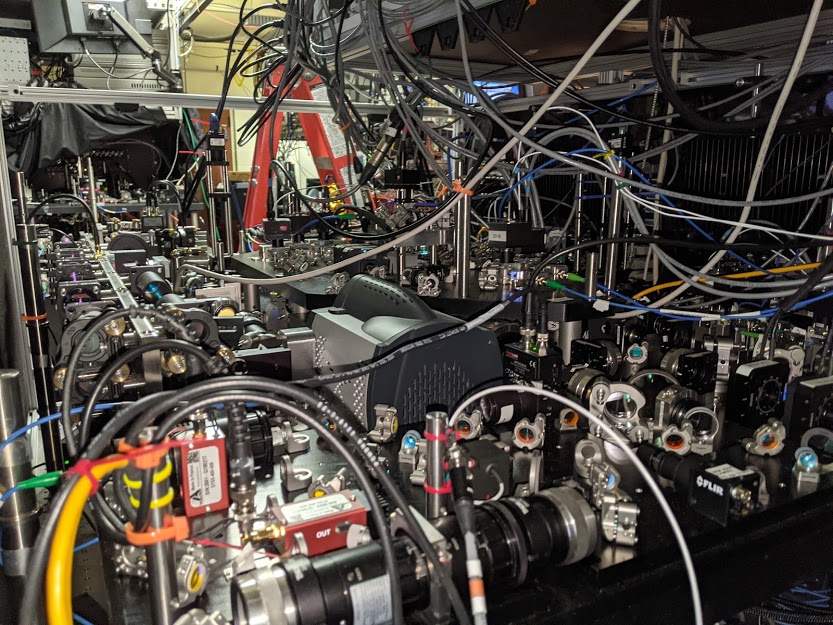 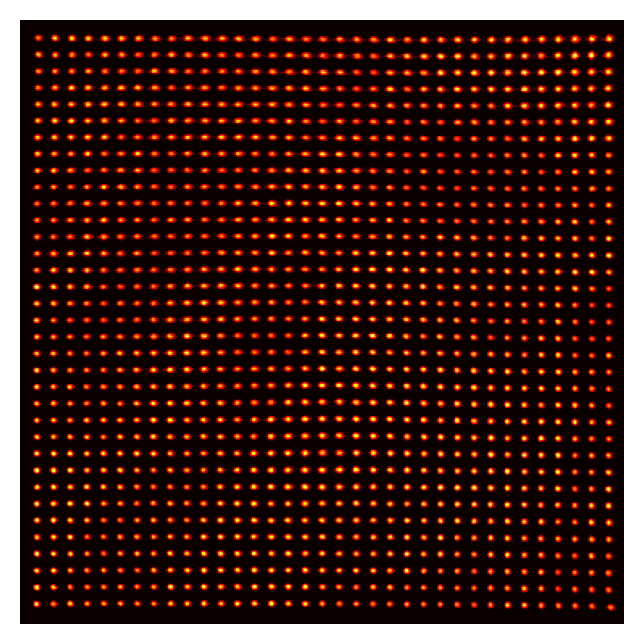 One of the first steps in preparing the qubits is to load them into an optical lattice array. Each spot on the grid can hold up to one atom at a time, and this image shows the occupancy of each spot in the grid as a composite of hundreds of experiments.
COURTESY OF THE SAFFMAN LAB

“These were very simple computations, but as you go to higher and higher circuit depth and more qubits, then it is actually possible to get to the regime where these problems can’t easily be calculated by classical computers,” Graham says.