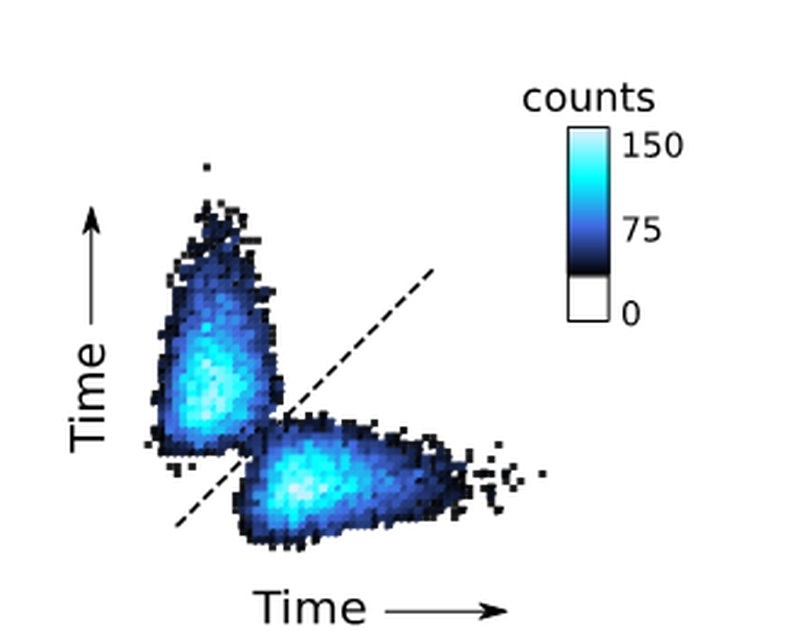 An international team, gathering scientists from the Centre for Nanoscience and Nanotechnology, the Institut Néel and the University of Calgary, has discovered a new way to generate entangled states of light. This work is published today in Nature Photonics.

Here the researchers proposed and demonstrated a new and utterly simple way to generate entangled light. It exploits the light-matter entanglement occurring when an atom emits a photon. In the proposed scheme, the atom is excited with two consecutive laser pulses: the first laser pulse sets the atom on its excited state, preparing the atom to emit a photon via the spontaneous emission. Half-way through this emission process, the atom-photon system is in an entangled state with the atom excited and no photon emitted, or in the atom back to its ground state and a photon emitted. At this moment, a second laser pulse reverts the atom state, i.e., from the excited to the ground state and vice versa. At the end of the spontaneous emission process, both two photons and no photons have been emitted– and the generated light shows entanglement in the photon number basis.

These experiments are done with an artificial atom – a semiconductor quantum dot – inserted in an optical cavity, a device that has been shown to be one of the brightest single-photon source. This work beautifully illustrates how fundamental research, boosted by state-of-the-art technology, can lead to new discoveries in physics situation that one thought fully understood and exploited. Moreover, it opens many perspectives to generate more complex and scalable photon entanglement still with a very simple scheme.