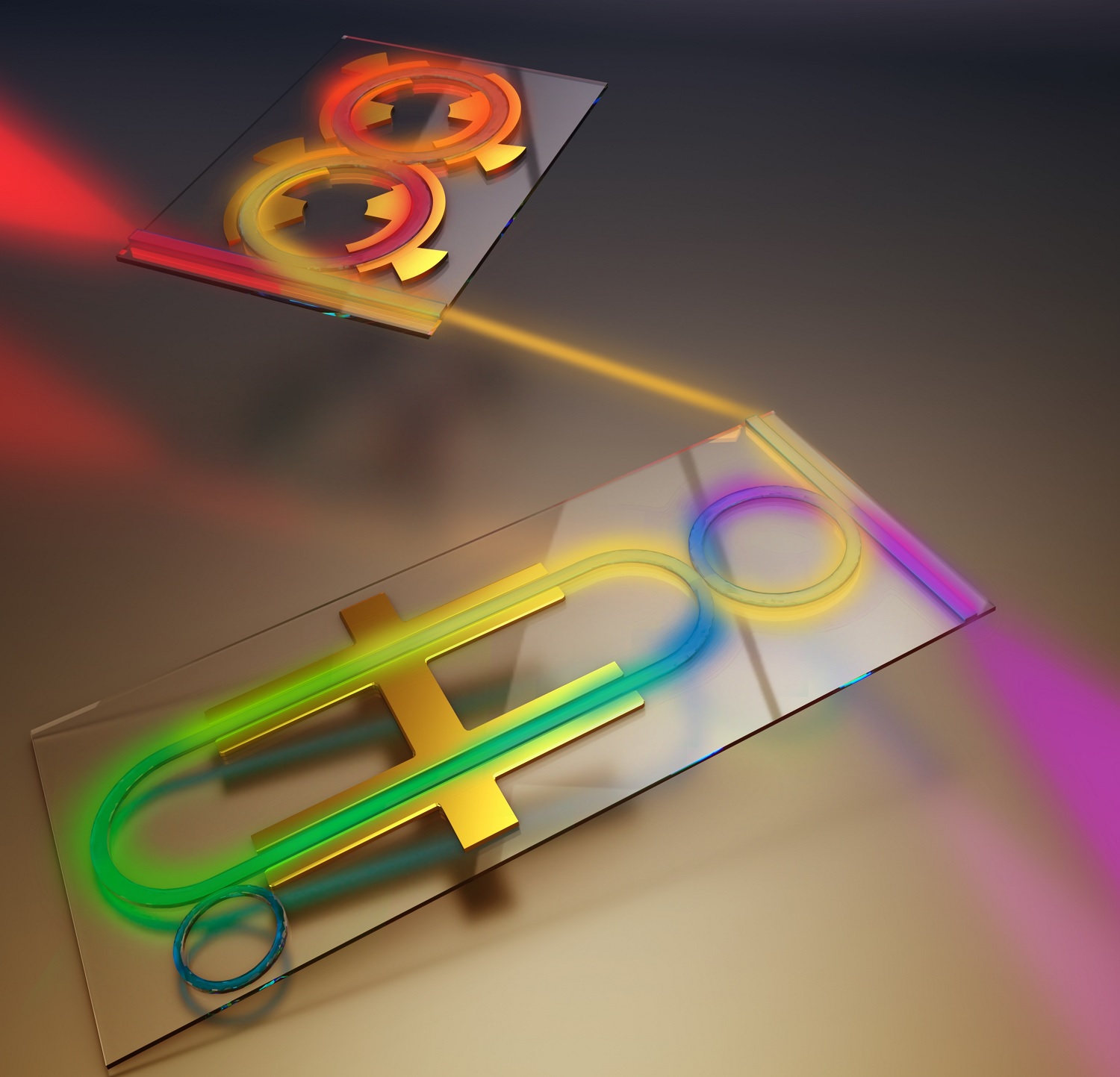 The ability to precisely control and change properties of a photon, including polarization, position in space, and arrival time, gave rise to a wide range of communication technologies we use today, including the Internet. The next generation of photonic technologies, such as photonic quantum networks and computers, will require even more control over the properties of a photon.

One of the hardest properties to change is a photon’s color, otherwise known as its frequency, because changing the frequency of a photon means changing its energy.

Today, most frequency shifters are either too inefficient, losing a lot of light in the conversion process, or they can’t convert light in the gigahertz range, which is where the most important frequencies for communications, computing, and other applications are found.

Now, researchers from the Harvard John A. Paulson School of Engineering and Applied Sciences (SEAS) have developed highly efficient, on-chip frequency shifters that can convert light in the gigahertz frequency range. The frequency shifters are easily controlled, using continuous and single-tone microwaves.

The research is published in Nature.

The paper outlines two types of on-chip frequency shifter — one that can covert one color to another, using a shift of a few dozen gigahertz, and another that can cascade multiple shifts, a shift of more than 100 gigahertz.

Each device is built on the lithium niobate platform pioneered by Lončar and his lab.

Lithium niobate can efficiently convert electronic signals into optical signal but was long considered by many in the field to be difficult to work with on small scales. In previous research, Lončar and his team demonstrated a technique to fabricate high-performance lithium niobate microstructures using standard plasma etching to physically sculpt microresonators in thin lithium niobate films.

Here, using the same technique, Lončar and his team etched coupled ring-resonators and waveguides on thin-film lithium niobate. In the first device, two coupled resonators form a figure eight-like structure. Input light travels from the waveguide through the resonators in a figure eight pattern, entering as one color and emerging as another. This device provides frequency shifts as high as 28 gigahertz with about 90% efficiency. It can also be reconfigured as tunable frequency-domain beam splitters, where a beam of one frequency gets split into two beams of another frequency.

“We are able to achieve this magnitude of frequency shift using only a single, 30-gigahertz microwave signal,” said Yaowen Hu, a research assistant at SEAS and first author of the paper. “This is a completely new type of photonic device. Previous attempts to shift frequencies by amounts larger than 100 gigahertz have been very hard and expensive, requiring an equally large microwave signal.”

“This work is made possible by all of our previous developments in integrated lithium niobate photonics,” said Lončar. “The ability to process information in the frequency domain in an efficient, compact, and scalable fashion has the potential to significantly reduce the expense and resource requirements for large-scale photonic circuits, including quantum computing, telecommunications, radar, optical signal processing and spectroscopy.”

Harvard’s Office of Technology Development has protected the intellectual property associated with this project and is pursuing commercialization opportunities.