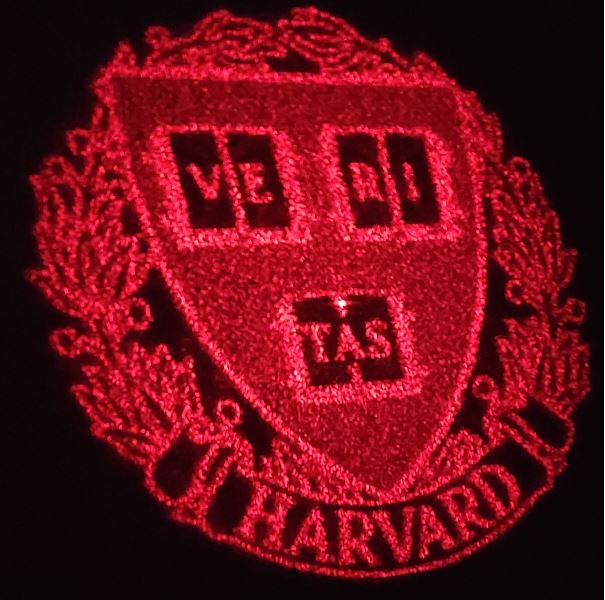 The shape of the laser beam can be fully controlled to project a complex hologram, such as the one above (Credit: Christina Spägele/Harvard SEAS)

The ability to precisely control the various properties of laser light is critical to much of the technology that we use today, from commercial virtual reality (VR) headsets to microscopic imaging for biomedical research. Many of today’s laser systems rely on separate, rotating components to control the wavelength, shape and power of a laser beam, making these devices bulky and difficult to maintain.

Now, researchers at the Harvard John A. Paulson School of Engineering and Applied Sciences have developed a single metasurface that can effectively tune the different properties of laser light, including wavelength, without the need of additional optical components. The metasurface can split light into multiple beams and control their shape and intensity in an independent, precise and power-efficient way.

The research opens the door for lightweight and efficient optical systems for a range of applications, from quantum sensing to VR/AR headsets.

“Our approach paves the way to new methods to engineer the emission of optical sources and control multiple functions, such as focusing, holograms, polarization, and beam shaping, in parallel in a single metasurface,” said Federico Capasso, the Robert L. Wallace Professor of Applied Physics and Vinton Hayes Senior Research Fellow in Electrical Engineering at SEAS and senior author of the paper.

The research was published recently in Nature Communications.

The tunable laser has just two components — a laser diode and a reflective metasurface. Unlike previous metasurfaces, which relied on a network of individual pillars to control light, this surface uses so-called supercells, groups of pillars which work together to control different aspects of light. 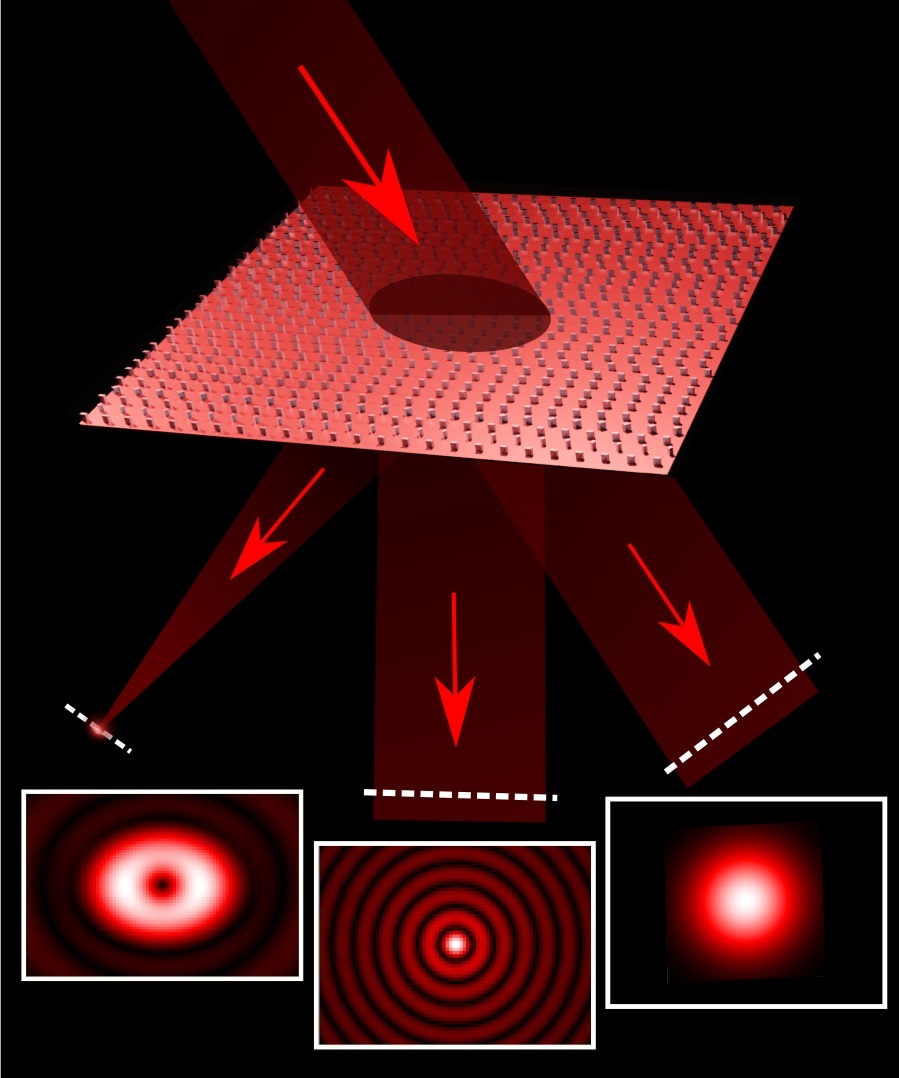 The incident light can be split into three independent beams, each with different properties — a conventional beam (right), a beam known as a Bessel beam (center) and an optical vortex (left). (Credit: Christina Spägele/Harvard SEAS)

“When light hits the metasurface, different colors are deflected in different directions,” said Christina Spägele, a graduate student at SEAS and first author of the paper. “We managed to harness this effect and design it so that only the wavelength that we selected has the correct direction to enter back in the diode, enabling the laser to operate only at that specific wavelength.”

To change the wavelength, the researchers simply move the metasurface with respect to the laser diode.

“The design is more compact and simpler than existing wavelength-tunable lasers, since it does not require any rotating component,” said Michele Tamagnone, former postdoctoral fellow at SEAS and co-author of the paper.

The researchers also showed that the shape of the laser beam can be fully controlled to project a complex hologram — in this case the complex, century-old Harvard shield. The team also demonstrated the ability to split the incident light into three independent beams, each with different properties — a conventional beam, an optical vortex and a beam known as a Bessel beam, which looks like a bullseye and is used in many applications including optical tweezing.

“In addition to controlling any type of laser, this ability to generate multiple beams in parallel and directed at arbitrary angles, each implementing a different function, will enable many applications from scientific instrumentation to augmented or virtual reality and holography,” said Capasso.

The research was co-authored by Dmitry Kazakov, Marcus Ossiander and Marco Piccardo. It was supported in part by the Air Force Office of Scientific Research grant FA95550-19-1-0135 and the Office of Naval Research MURI grant no. N00014-20-1-2450.