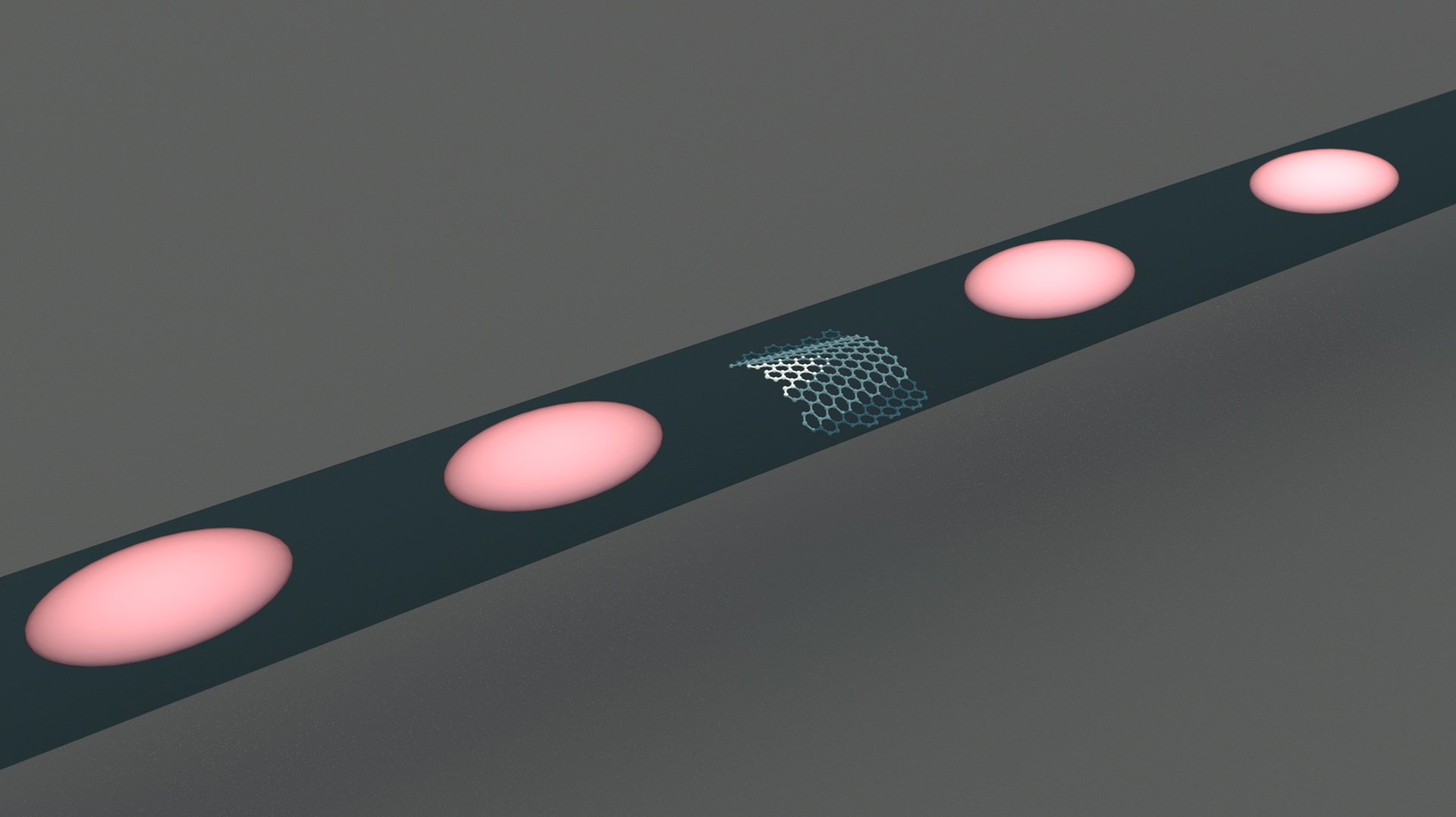 A close-up look at the integrated chip that emits photons. (Image::courtesy of Ali Elshaari)

The promise of a quantum internet depends on the complexities of harnessing light to transmit quantum information over fiber optic networks. A potential step forward was reported today by researchers at KTH who developed integrated chips that can generate light particles on demand and without the need for extreme refrigeration.

Quantum computing today relies on states of matter, that is, electrons which carry qubits of information to perform multiple calculations simultaneously, in a fraction of the time it takes with classical computing.

KTH Professor Val Zwiller says that in order to integrate quantum computing seamlessly with fiber-optic networks—which are used by the internet today—a more promising approach would be to harness optical photons.

“The photonic approach offers a natural link between communication and computation,” he says. “That’s important, since the end goal is to transmit the processed quantum information using light.”

Deterministic rather than random

But in order for photons to deliver qubits on-demand in quantum systems, they need to be emitted in a deterministic, rather than probabilistic, fashion. This can be accomplished at extremely low temperatures in artificial atoms, but today the research group at KTH reported a way to make it work in optical integrated circuits—at room temperature.

The new method enables photon emitters to be precisely positioned in integrated optical circuits that resemble copper wires for electricity, except that they carry light instead, says Associate Professor Ali Elshaari.

The researchers harnessed the single-photon-emitting properties of hexagonal boron nitride (hBN), a layered material. hBN is a compound commonly used is used ceramics, alloys, resins, plastics and rubbers to give them self-lubricating properties. They integrated the material with silicon nitride waveguides to direct the emitted photons.

The researchers reported coupling of hBN single photon emitter to silicon nitride waveguides, and they developed a method to image the quantum emitters. Then in a hybrid approach, the team built the photonic circuits with respect to the quantum sources locations using a series of steps involving electron beam lithography and etching, while still preserving the high quality nature of the quantum light.

The achievement opens a path to hybrid integration, that is, incorporating atom-like single-photon emitters into photonic platforms that cannot emit light efficiently on demand.

The research was supported with funding from the Knut and Alice Wallenberg Foundation through the Wallenberg Centre for Quantum Technology (WACQT), the Swedish Research Council (Vetenskapsrådet), and the European Commission Horizon 2020 ATTRACT project.