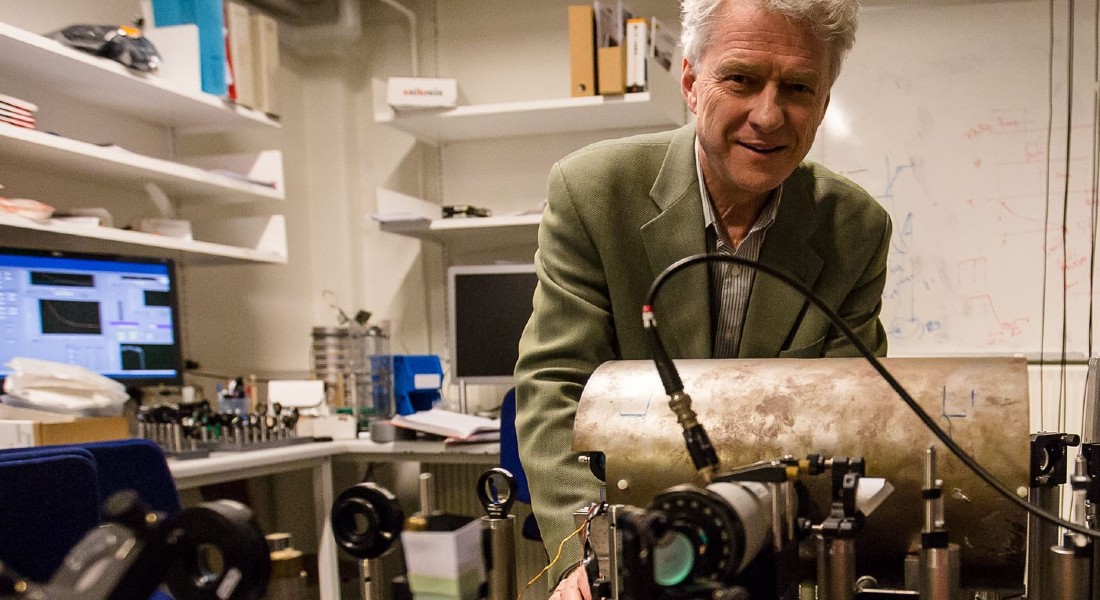 QUANTUM RESEARCH:  Researchers from University of Copenhagen have developed a new technique that keeps quantum bits of light stable at room temperature instead of only working at -270 degrees. Their discovery saves power and money and is a breakthrough in quantum research.

As almost all our private information is digitalized, it is increasingly important that we find ways to protect our data and ourselves from being hacked. Quantum Cryptography is the researchers’ answer to this problem, and more specifically a certain kind of qubit – consisting of single photons: particles of light.

Single photons or qubits of light, as they are also called, are extremely difficult to hack. However, in order for these qubits of light to be stable and work properly they need to be stored at temperatures close to absolute zero – that is minus 270 C – something that requires huge amounts of power and resources.

Yet in a recently published study, researchers from University of Copenhagen, demonstrate a new way to store these qubits at room temperature for a hundred times longer than ever shown before.

“We have developed a special coating for our memory chips that helps the quantum bits of light to be identical and stable while being in room temperature. In addition, our new method enables us to store the qubits for a much longer time, which is milliseconds instead of microseconds – something that has not been possible before. We are really excited about it,” says Eugene Simon Polzik, professor in quantum optics at the Niels Bohr Institute.

This is why single photons are hard to hack:

The special coating of the memory chips makes it much easier to store the qubits of light without big freezers, which are troublesome to operate and require a lot of power. Therefore, the new invention will be cheaper and more compatible with the demands of the industry in the future.

“The advantage of storing these qubits at room temperature is that it does not require liquid helium or complex laser-systems for cooling. Also it is a much more simple technology that can be implemented more easily in a future quantum internet,” says Karsten Dideriksen, a UCPH-PhD on the project. 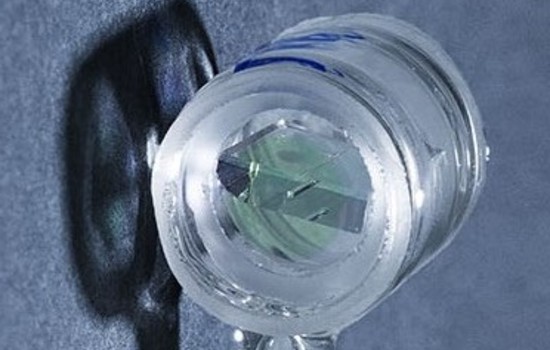 Photo of the memory chip, protected in a glasscell. Eugene Simon Polzik

Normally warm temperatures disturb the energy of each quantum bit of light.

“In our memory chips, thousands of atoms are flying around emitting photons also known as qubits of light. When the atoms are exposed to heat, they start moving faster and collide with one another and with the walls of the chip. This leads them to emit photons that are very different from each other. But we need them to be exactly the same in order to use them for safe communication in the future,” explains Eugene Polzik and adds:

“That is why we have developed a method that protects the atomic memory with the special coating for the inside of the memory chips. The coating consists of paraffin that has a wax like structure and it works by softening the collision of the atoms, making the emitted photons or qubits identical and stable. Also we used special filters to make sure that only identical photons were extracted from the memory chips”.

Even though the new discovery is a breakthrough in quantum research, it stills needs more work.

“Right now we produce the qubits of light at a low rate – one photon per second, while cooled systems can produce millions in the same amount of time. But we believe there are important advantages to this new technology and that we can overcome this challenge in time,” Eugene concludes.