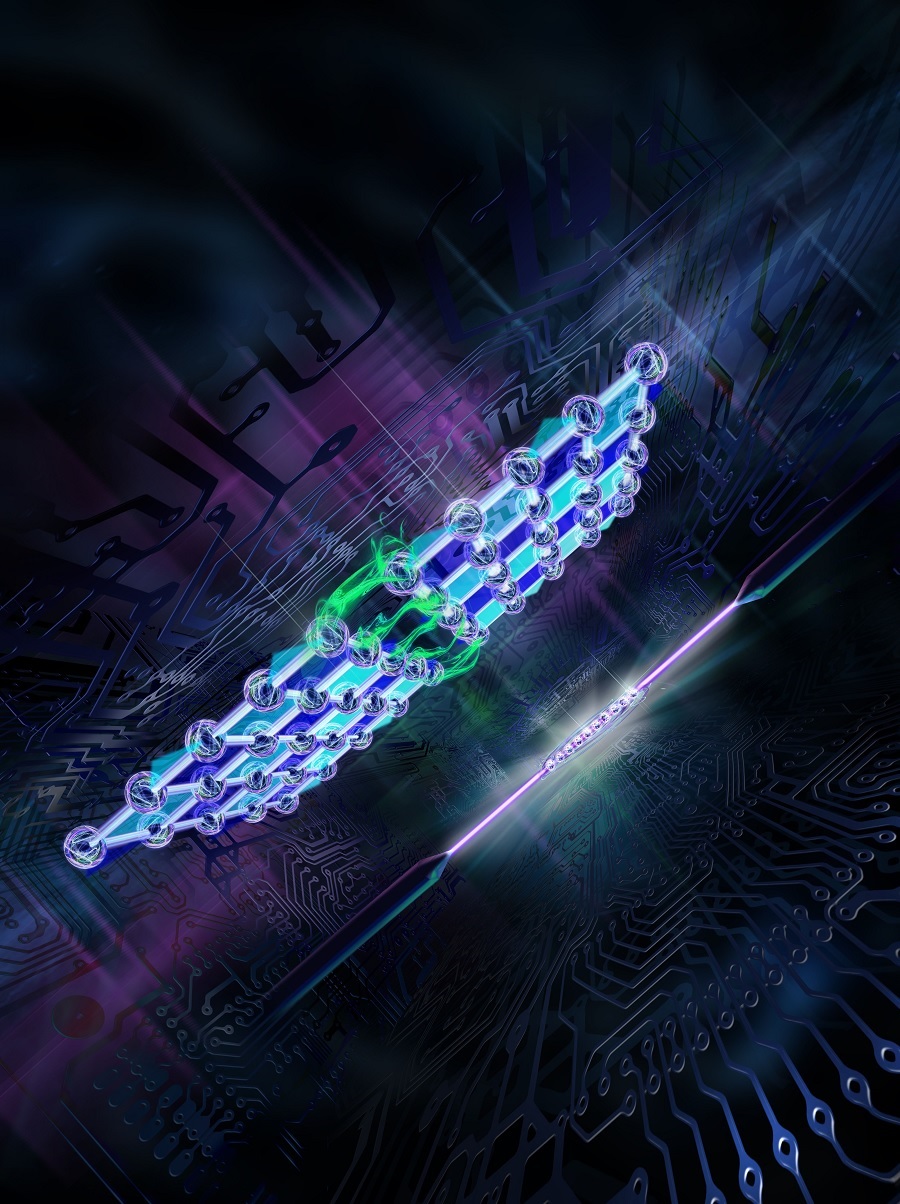 For the first time, physicists from the University of Innsbruck have entangled two quantum bits distributed over several quantum objects and successfully transmitted their quantum properties. This marks an important milestone in the development of fault-tolerant quantum computers. The researchers published their report in Nature.

Even computers can miscalculate. Already small disturbances change stored information and corrupt results. That is why computers use methods to continuously correct such errors. In quantum computers, the vulnerability to errors can be reduced by storing quantum information in more than a single quantum particle. These logical quantum bits are less sensitive to errors. In recent years, theorists have developed many different error correction codes and optimized them for different tasks. “The most promising codes in quantum error correction are those defined on a two-dimensional lattice,” explains Thomas Monz from the Department of Experimental Physics at the University of Innsbruck. “This is due to the fact that the physical structure of current quantum computers can be very well mapped through such lattices.” With the help of the codes, logical quantum bits can be distributed overseveral quantum objects. The quantum physicists from Innsbruck have now succeeded for the first time in entangling two quantum bits coded in this way. The entanglement of two quantum bits is an important resource of quantum computers, giving them a performance advantage over classical computers.

A kind of quantum sewing machine

For their experiment, the physicists use an ion-trap quantum computer with ten ions. Into these ionsthe logical quantum bits are encoded. Using a technique that scientists refer to as ‘lattice surgery’, two logical qubits encoded on a lattice can be ‘stitched together’. “A new larger qubit is created from the qubits stitched together in this way,” explains Alexander Erhard from the Innsbruck team. In turn, a large logical qubit can be separated into two individual logical qubits by lattice surgery. In contrast to the standard operations between two logical qubits, lattice surgery only requires operations along the boundary of the encoded qubits, not on their entire surface. “This reduces the number of operations required to create entanglement between two encoded qubits,” explain the theoretical physicists Nicolai Friis and Hendrik Poulsen Nautrup.

Lattice surgery is considered one of the key techniques for the operation of future fault-tolerant quantum computers. Using lattice surgery, the physicists led by Thomas Monz and Rainer Blatt, together with the theoretical physicists Hendrik Poulsen Nautrup and Hans Briegel from the Department of Theoretical Physics at the University of Innsbruck and Nicolai Friis from the Institute of Quantum Optics and Quantum Information (IQOQI) of the Austrian Academy of Sciences in Vienna, have now demonstrated the generation of entanglement between two encoded qubits. This is the first experimental realization of non-classical correlations between topologically encoded qubits. Furthermore, the researchers were able to demonstrate for the first time the teleportation of quantum states between two encoded qubits.

The research was financially supported by the Austrian Science Fund FWF and the Research Promotion Agency FFG as well as the EU.