Elegant quantum teleportation with only one single photon

Scientists at MPQ succeed for the first time in teleporting quantum information encoded in an atomic qubit to a laboratory 60 meters away using just one single photon as a resource. 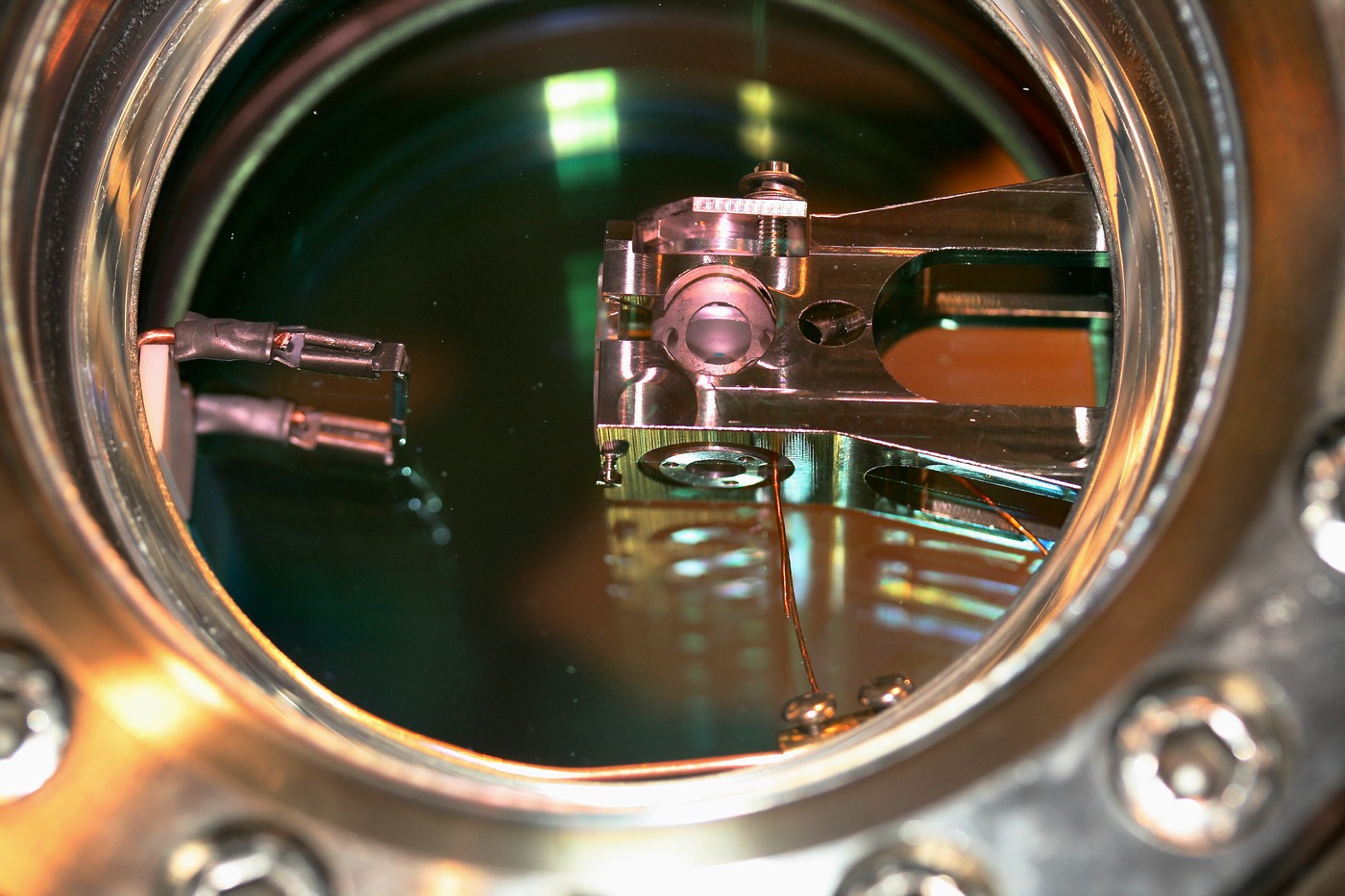 Most people associate teleportation with Star Trek, where at the touch of a button matter instantly moves from one place to another. While this fiction is physically impossible, quantum teleportation describes a very different, distinct and yet significantly more realistic procedure: the transfer of quantum information, such as the spin state of an atom, to a distant second atom. Quantum teleportation therefore does not transfer matter – the atoms remain in their place – but only their stored information. Scientists at the Max Planck Institute of Quantum Optics (MPQ) have now developed a novel and simple method for this process, which only requires one photon as a resource for the transfer. The work was published in the journal Physical Review Letters.

In order to transmit quantum information over long distances, one does not necessarily need quantum teleportation. The transmission can simply happen as follows: a qubit – a small quantum information memory – is encoded in the direction of the oscillation of a photon. The photon then travels through an optical fiber and thus, in principle, can send quantum information back and forth between two distant locations. This process is very simple in itself, but it has a problem: photons are very fragile and easily lost along the way, which means that the quantum information stored in them also disappears.

"In the early 1990s, Charles Bennet, Gilles Brassard and colleagues proposed an elegant solution to this problem that allows lossless transmission of quantum information: quantum teleportation," explains Professor Gerhard Rempe, Director of the Quantum Dynamics Group at the Max Planck Institute of Quantum Optics. "But quantum teleportation is difficult," he adds, "it requires that you have two entangled particles in advance that serve as a resource for teleportation. This resource is usually difficult to produce and requires effort." Hence, Stephan Welte, Stefan Langenfeld and their colleagues from Prof. Rempe's group wondered how it would be possible to realize quantum teleportation with a more readily available resource, namely just one single photon as an auxiliary particle. 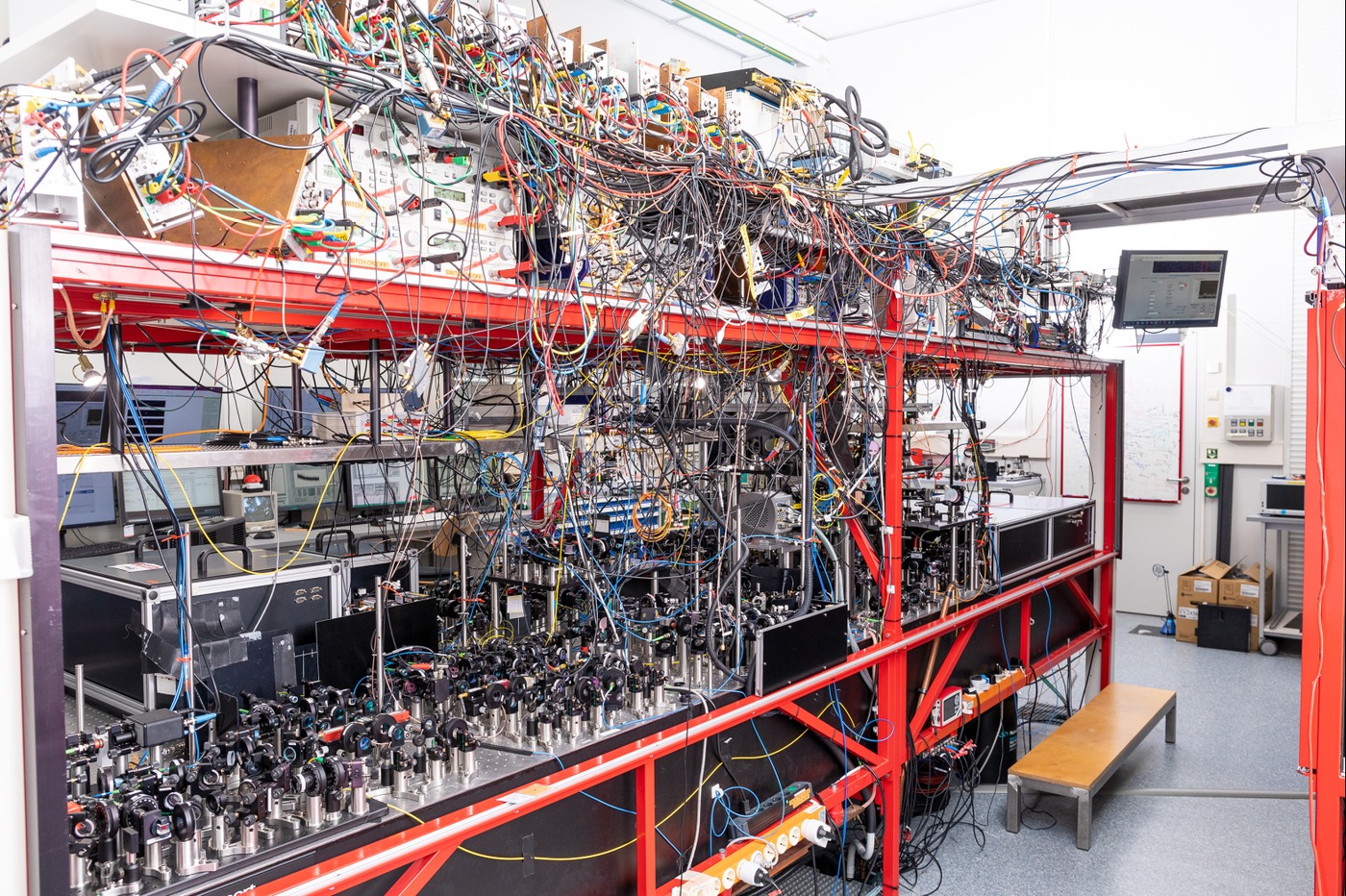 For this goal, the scientists used single cooled atoms and the principles of resonator quantum electrodynamics and demonstrated a completely new method for quantum teleportation. This method allows a single photon to teleport the spin state of a single atomic qubit to a second atom 60m away without losing the quantum information. The scientists implemented the teleportation as follows (see figure): There is a qubit that is to be teleported. This qubit is encoded in a single atom (a) trapped in an optical resonator. 60 meters away in a neighbouring laboratory, there is a second atom (b), also in a resonator. The aim is to transfer information from one atom (a) to the other (b). To accomplish this, the scientists reflect one photon sequentially from the two resonators in which the two atoms are located. The photon flies through an optical fiber that is connected to the two resonators. The photon and the spin state of atom (a) are then measured. Eventually, a feedback signal based on the two measurements is sent to atom (b). This feedback signal is a laser pulse that is irradiated onto atom (b) and whose properties depend on the measurement of the photon and that of atom (a).

This protocol allows information to be teleported from one atom to the other. The entanglement of the two atoms occurs without further effort, as a natural side effect, so to speak.

The figure shows a schematic representation of the experiment. The two atoms (shown in light blue and labelled (a) and (b)) are in two resonators. The single photon (red wave) is sent from left to right, reflected at the two resonators and then measured with a detector (semicircular symbol). The feedback signal (represented by the double arrow) to the left atom then enables the teleportation from the right atom to the left.

Quantum teleportation is not a new phenomenon; it has been realized experimentally since the late 1990s. In this experiment, however, it was possible for the first time to carry out quantum teleportation with only one single photon as a resource. A single photon is the absolute minimum resource, which is why information transfer can now be accomplished with the simplest of means. "It is a conceptually simple and very elegant experiment that also works perfectly in practice," says postdoctoral researcher Stephan Welte happily.

Of particular importance is that the physical principles used are applicable in many experimental platforms. "Thus, the demonstrated protocol could also be implemented with scalable solid-state systems, which are currently being developed in many laboratories worldwide," adds PhD student Stefan Langenfeld. This platform could enable the mass and cost-effective production of atom resonator systems, which would be of great importance for later applications in a large-scale quantum network.

Now the scientists are planning to expand the experiment. "Next, we want to trap several atoms in each of the resonators, which can then all assume the role of qubits and form a versatile node in a quantum network," says postdoctoral researcher Emanuele Distante, who was also involved in the experiment. In a network consisting of many such nodes, the novel teleportation protocol represents an extremely useful tool to exchange quantum information between all its nodes.