Physicists succeed at engineering an optical mirror made of only a few hundred atoms. It is the lightest one in the world and even imaginable. 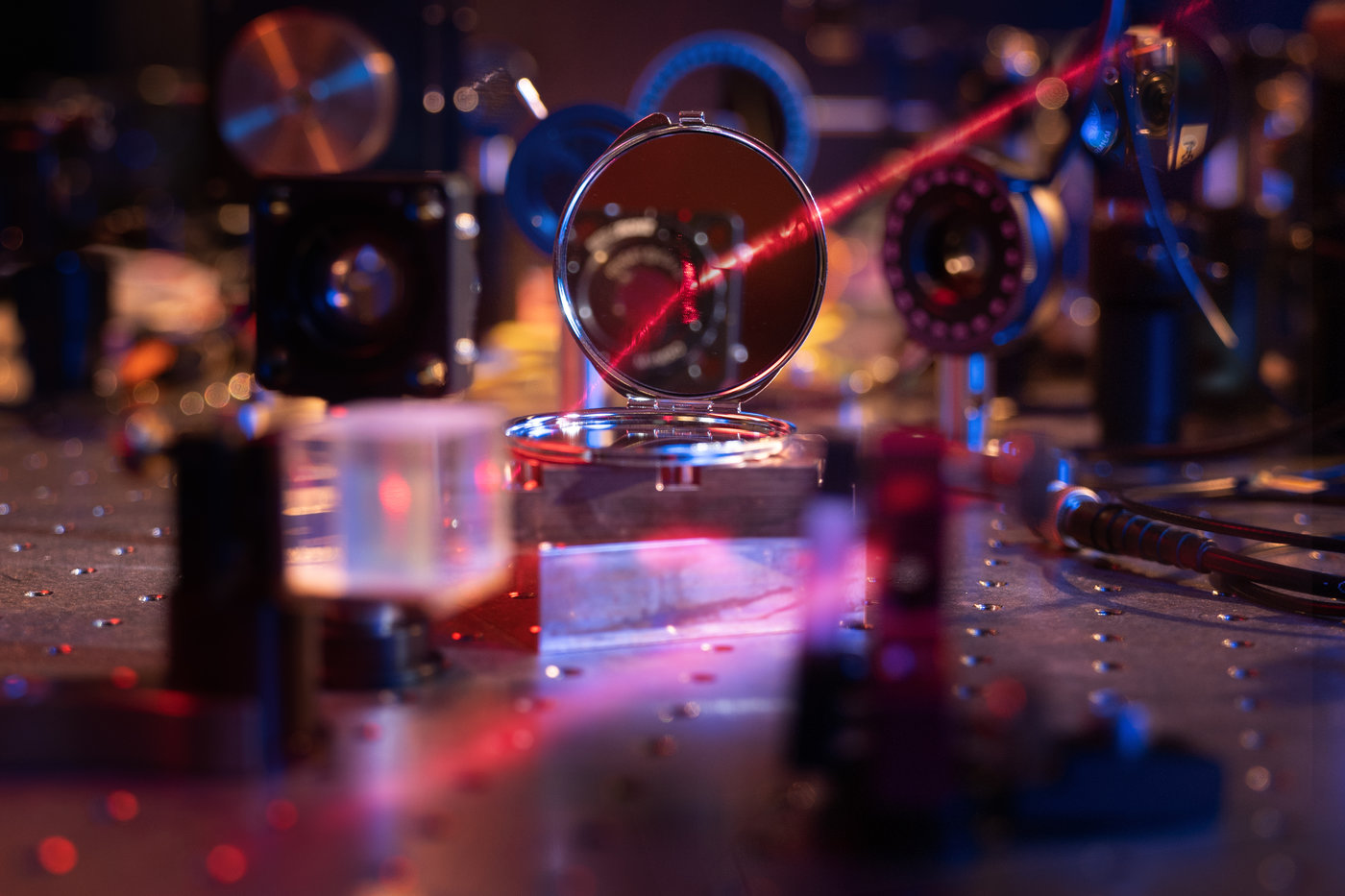 Garching, 16th of July 2020 – Physicists at the Max Planck Institute of Quantum Optics (MPQ) have engineered the lightest optical mirror imaginable. The novel metamaterial is made of a single structured layer that consists only of a few hundred identical atoms. The atoms are arranged in the two dimensional array of an optical lattice formed by interfering laser beams. The research results are the first experimental observations of their kind in an only recently emerging new field of subwavelength quantum optics with ordered atoms. So far, the mirror is the only one of its kind. The results are published today in Nature.

Usually, mirrors utilize highly polished metal surfaces or specially coated optical glasses to improve performance in smaller weights. But physicists at MPQ now demonstrated for the very first time that even a single structured layer of a few hundred atoms could already form an optical mirror, making it the lightest one imaginable. The new mirror is only several tens of nanometers thin, which is a thousand times thinner than the width of a human hair. The reflection, however, is so strong it could even be perceived with the pure human eye.

The mechanism behind the mirror

The mirror works with identical atoms arranged in a two-dimensional array. They are ordered in a regular pattern with a spacing lower than the optical transition wavelength of the atom, both typical and necessary characteristics of metamaterials. Metamaterials are artificially designed structures with very specific properties that are rarely found naturally. They obtain their properties not from the materials they are made of but from the specific structures they are designed with. The characteristics – the regular pattern and the subwavelength spacing – and their interplay are the two crucial workings behind this novel kind of optical mirror. First of all, the regular pattern and the subwavelength spacing of atoms both suppress a diffuse scattering of light, bundling the reflection into a one-directional and steady beam of light. Second, because of the comparatively close and discrete distance between the atoms, an incoming photon can bounce back and forth between the atoms more than once before it is being reflected. Both effects, the suppressed scattering of light and the bouncing of the photons, lead to an “enhanced cooperative response to the external field”, which means in this case: a very strong reflection.

Advancements on the way to more efficient quantum devices

With a diameter of around seven microns, the mirror itself is so small that it is far beyond visual recognition. The apparatus in which the device is created, however, is enormous. Fully in style with other quantum optical experiments, it counts over a thousand single optical components and weighs about two tons. Therefore, the novel material would hardly impact the commodity mirrors people use on a daily basis. The scientific influence on the other side may be far-reaching.

“The results are very exciting for us. As in typical dilute bulk ensembles, photon-mediated correlations between atoms, which play a vital role in our system, are typically neglected in traditional quantum optics theories. On the other hand, ordered arrays of atoms made by loading ultracold atoms into optical lattices were mainly exploited to study quantum simulations of condensed matter models. But it now turns out to be a powerful platform to study the new quantum optical phenomena as well”, explains Jun Rui, Postdoc researcher and first author of the paper.

Further research along this storyline could deepen the fundamental understanding of the quantum theories of light-matter interaction, many-body physics with optical photons, and enable the engineering of more efficient quantum devices.

“Many new exciting opportunities have been opened, such as an intriguing approach to study quantum optomechanics, which is a growing field of studying the quantum nature of light with mechanical devices. Or, our work could also help to create better quantum memories or even to build a quantum switchable optical mirror,” adds David Wei, Doctoral researcher and second author. “Both of which are interesting advancements for quantum information processing.”