An Elusive Effect, Captured on a Chip, that Promises New Technologies 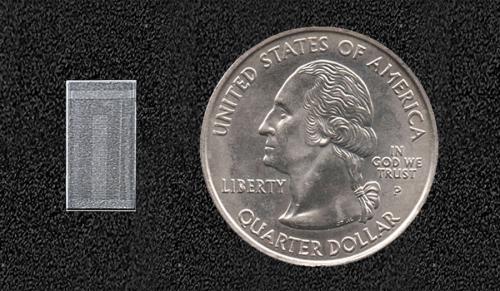 A single laser is shot through a microscopic comb, which splits into a rainbow of colors. It all happens in a highly controlled manner on a tiny photonic resonator, and could pave the way toward more accurate clocks, the discovery of exoplanets and improved GPS systems.

Researchers developed the first-of-its-kind chip – employing what’s known as the Pockels effect - in the lab of Hong Tang, the Llewellyn West Jones, Jr. Professor of Electrical Engineering, Applied Physics & Physics. The results of their work are published in Nature Photonics.

The chip features a microcomb, an extremely small optical device that converts the single color of one laser into an array of evenly spaced colors - an effect that’s important for applications such as spectroscopy. Traditionally, this is done with what’s known as Kerr microcombs, which are effective but require a lot of power. Scientists, though, were long intrigued by the possibility of using microcombs based on the Pockels effect to increase the power, and were finally able to do so about 10 years ago in large cavities around half a meter long. The difference between the two is that the laser in a Kerr comb intensifies the colors of the lasers to make a comb, while the Pockels comb is created when the laser repeatedly doubles and halves its frequency, which determines its color. While the Pockels microcomb boasts a much stronger effect, it’s also very difficult to control.

One way to gain control is with the use of a soliton, a solitary wave that moves consistently and without losing energy. Solitons can occur in nature, such as in water (they were first observed on a bridge in Scotland by a 19th-century Scottish engineer who watched a single wave travel for miles). They occur with light as well, and - as the laws of physics promise - would be critical in controlling the lasers created by the Pockels microcomb. Getting one to work with a microcomb, though, had long proved elusive to scientists.

“Without the soliton, it’s just a bunch of lasers all doing their own thing – it’s like trying to herd cats,” said Alex Bruch, lead author of the study and a former PhD student in Tang’s lab. With the soliton state, though, it’s like a well-trained army corps that can march in an orderly fashion and combine their forces together. “"It is incredibly hard to do real science with a light source that is randomly changing on you. The soliton is great because it makes a nice, predictable optical pulse you can use for almost any application you want. People have thought this should exist for a long time, but it was very hard to make one or observe one in a lab. The really important thing about our paper is that this is the first time we could get that soliton to work.” 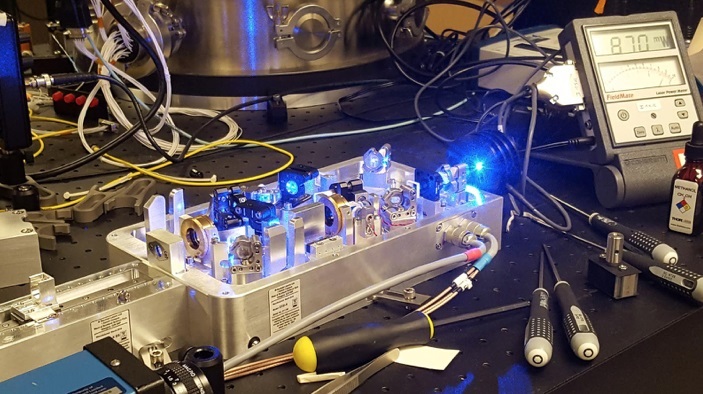 The Tang lab is the first to make a Pockels soliton on a microscale, and a big part of their success is due to the small scale they were working in. Typically, such a device takes up the space of a small shoebox. But Tang’s lab specializes in nanophotonics, in which everything is shrunk down dramatically. They use a microfabrication technique that allows them to shoot the light at the chip and multiple colors are generated in a ring no larger than the width of a human hair.

“We can control everything really nicely on a little chip - the temperature, the geometry - and it turns out that by shrinking everything down, you’ve enhanced the physics as well because you’re forcing all these waves to interact with each other in a tiny little space,”” Bruch said.

Not only was the effect stronger, but it was also a lot more efficient than using the traditional Kerr microcomb. A Kerr microcomb typically achieves a conversion rate of about 2-3%, while their Pockels microcomb - on the first try - achieved 17%.

Bruch said that they plan to build off this research by finding ways to broaden the bandwidth - that is, the number of colors that are generated from the laser.