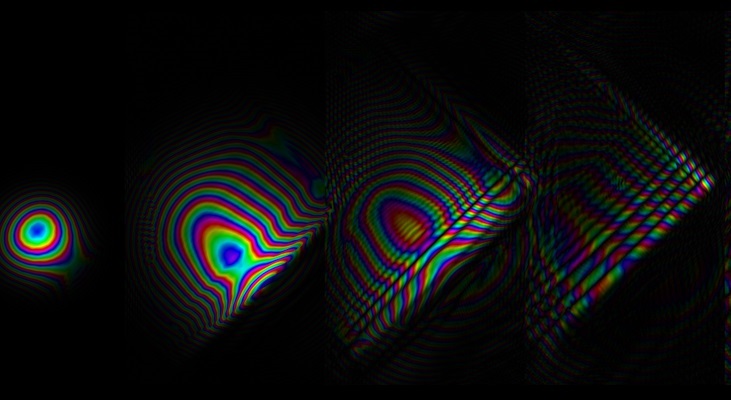 Patterns formed when light is separated into modes.

A research team has developed a light beam device that could lead to faster internet, clearer images of space and more detailed medical imaging.

University of Queensland researcher and optical engineer Dr Joel Carpenter worked with Nokia Bell Labs to build the device to tackle the challenge of splitting light into the shapes it is made up of, known as modes.

“Splitting a beam of light into colours is easy because nature gives you that one for free – think of rainbows or when light shines through glass at an angle,” Dr Carpenter said.

“The mode sorter splits a light beam into modes, instead of pixels like a camera would, and this results in higher-quality imaging and communication. 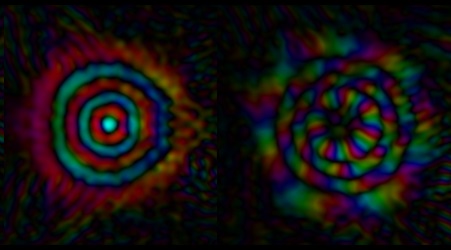 Patterns formed when colour is separated into modes​

“Our device performs a basic operation in physics, so it seemed a little strange to us that something like this did not already exist, as this topic had been investigated around the world for about 25 years.”

“Each of these modes can be its own independent channel of information, and with this device we can pack hundreds of modes into a single optical fibre,” Dr Fontaine said.

“This can greatly increase the amount of information that can travel through that fibre, leading to faster internet speeds for more people.

“We hope this device will aid many applications that work with light beams, due to its functionality and the relative simplicity with which it can be built.” 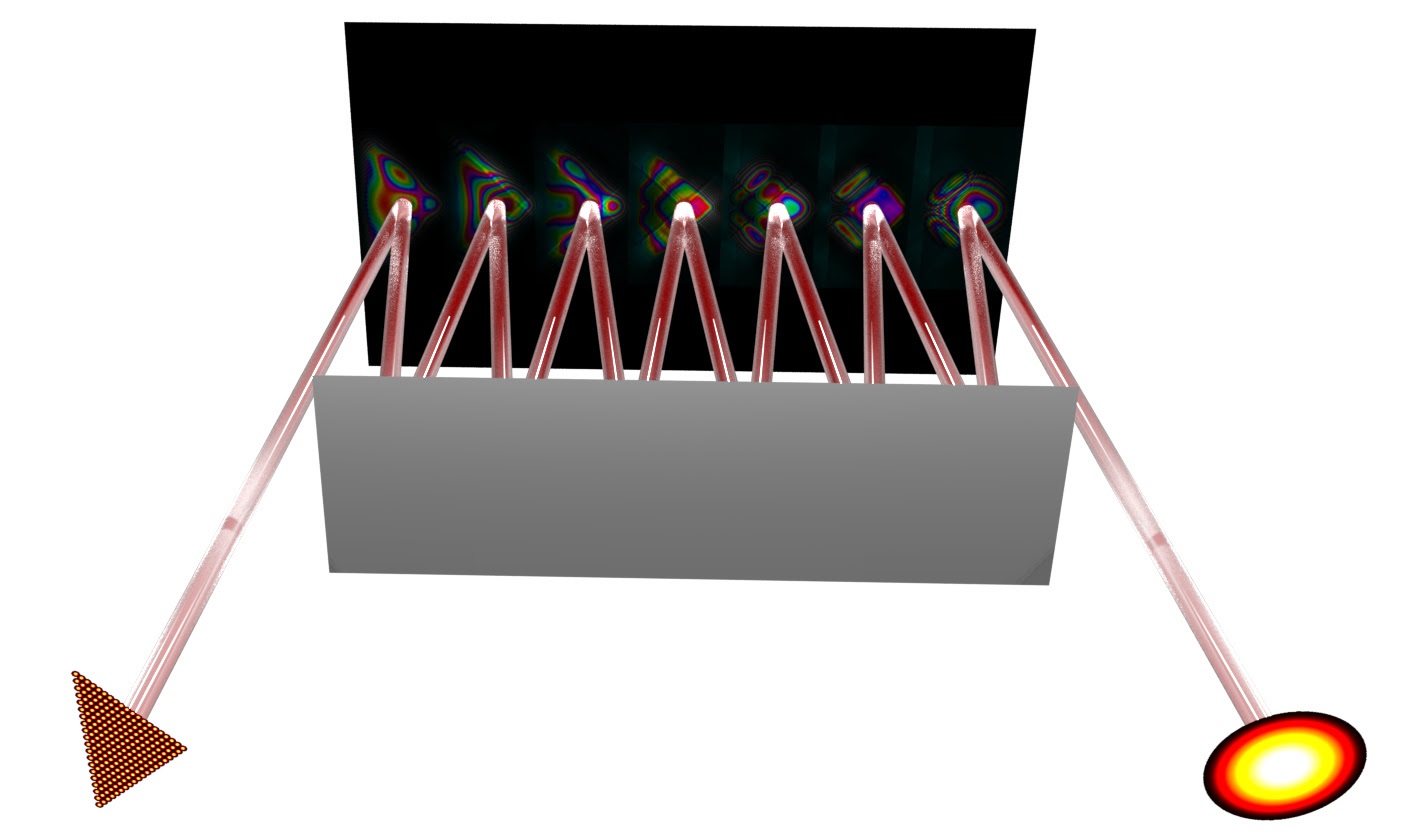 “Just as an image can be made by adding a bunch of pixels together, we can make an image or beam by adding together a bunch of these modes,” he said.

“Some things are easier to detect if you look at the modes rather than pixels, because it is displaying the image in a different form.

“For example, modes could make it easier to detect an image of a planet orbiting a far-away star.”

The paper is published in Nature Communications