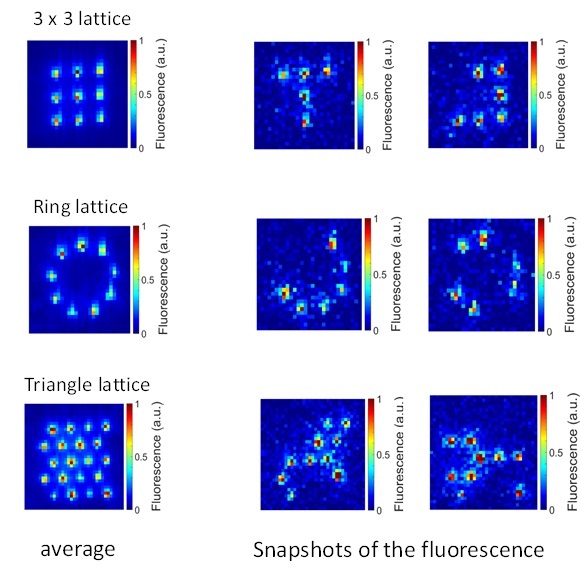 Researchers at the University of Electro-Communications in Tokyo have successfully developed a method for creating uniform, shaped optical microarrays for trapping single atoms. The technique may pave the way for new quantum computing applications.

While single atom trapping has already been achieved, there are still many challenges to overcome. One such challenge is making sure each trap holds no more than one atom at a time, and also keeping it there so it won't escape. This requires uniform optical microtraps, which have yet been fully realized.

Now, Ken'ichi Nakagawa and co‐workers at the University of Electro‐Communications, Tokyo, Japan, together with scientists across Japan and China, have successfully demonstrated an optimization method for ensuring the creation of uniform holographic microtrap arrays to capture single rubidium (87Rb) atoms.

The team generated holograms for red light‐tuned microtraps arrays in various shapes including square, honeycomb and ring formations (see image). They combined each hologram with two phase patterns, including a grating pattern which allowed the researchers to separate out the traps from non‐diffracted light. A spatial light modulator tuned the trap light to the calculated hologram pattern and ensured uniformity of depth across the microtraps.

Nakagawa's team measured the diffracted light intensity with a specialized camera, and monitored the in‐trap fluorescence from the Rb atoms; these two 'feedback' methods allowed them to optimize the traps and ensure uniformity. They could also verify the presence of a single atom in each trap more precisely.