It was considered a practically unreachable goal: focused light in the Terahertz regime consisting of a broad spectrum of wavelengths. At TU Wien (Vienna) this feat has now been accomplished – using a surprising trick. 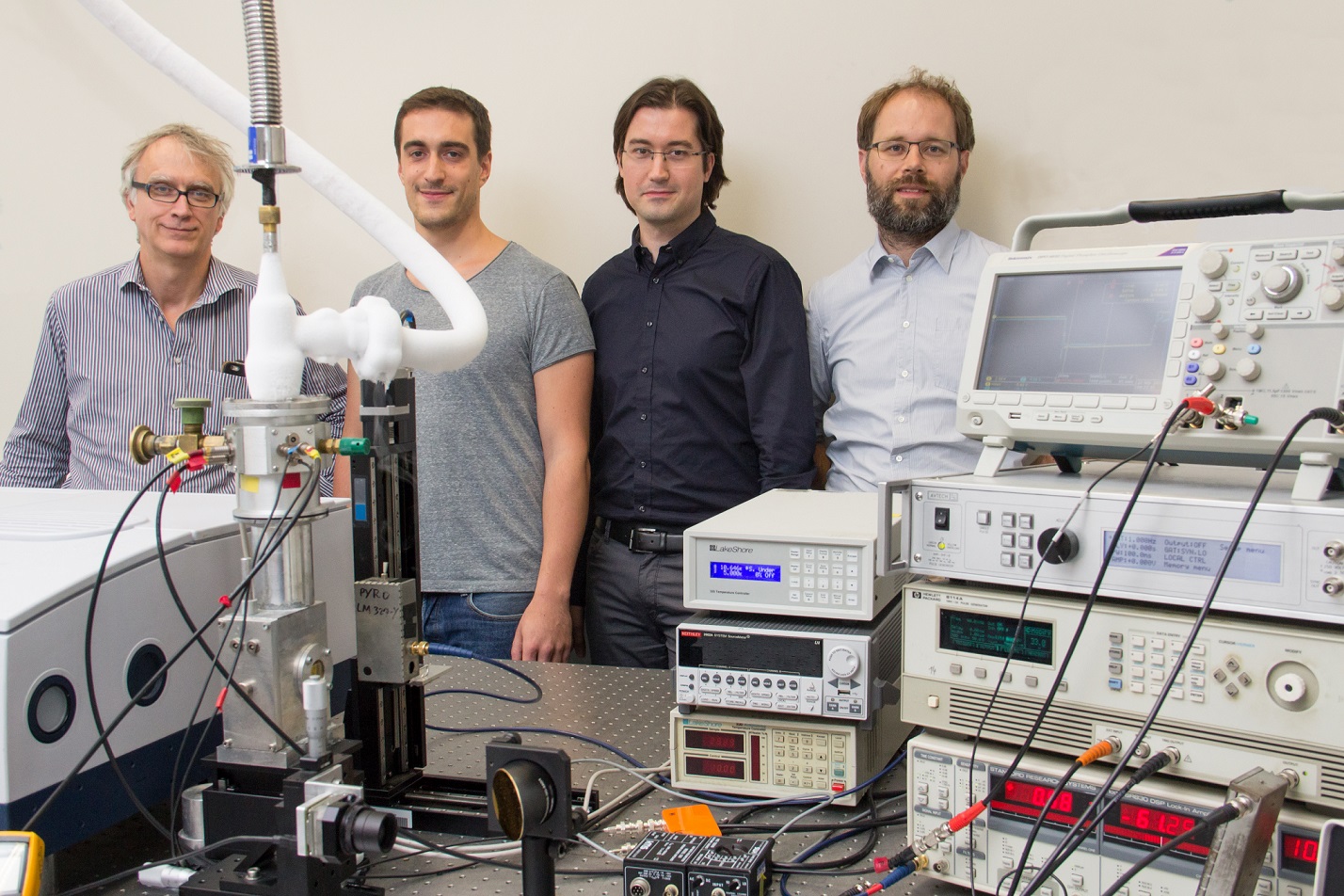 Creating Terahertz radiation isn't easy, but it is extremely useful. It can, for example, be used for building chemical sensors to detect certain substances. For this purpose, however, the Terahertz light has to fulfil two important requirements: The light beam must be well focused, and in contrast to normal laser light, which has just one wavelength, it must have a broad spectrum of wavelengths. Combining these two seemingly conflicting requirements in one device has not been accomplished until now. Using an unusual trick, scientists at TU Wien (Vienna) have now presented a Terahertz laser with a well-focused beam and a broad spectrum: they created a laser with randomly located holes in the active laser medium.

Lasers with Built-in Randomness
“In our lab we are working with two different kinds of lasers, which at first glance do not seem to be related at all”, says Sebastian Schönhuber. “On the one hand, we build quantum cascade lasers, on the other hand, we have now also focussed our attention on random lasers.”

At TU Wien, quantum cascade lasers have been studied for years. They consist of an elaborate structure of thin semiconductor layers. By tuning the properties of this layer system, the wavelengths of the emitted light can be selected. Unfortunately, these quantum cascade lasers do not usually emit radiation into one particular direction, their light cone is extremely wide. Focussing this light and creating a narrow beam is almost impossible.
With so-called “random lasers”, a completely different and rather new concept in laser technology, scientists face similar challenges: “Random lasers typically consist of powders or liquids, in which light is created and randomly scattered over and over again”, explains Stefan Rotter. The light waves propagate through the laser on complicated disordered paths which can hardly be predicted. This can lead to radiation consisting of many different wavelengths that is being emitted into all directions. 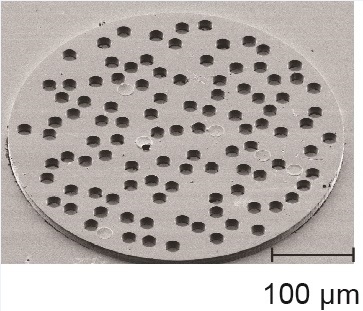 Random holes, like in Swiss cheese
Both types of lasers have now been combined in a collaboration of physicists and electrical engineers at TU Wien. At randomly selected positions, tiny holes were drilled into a quantum cascade laser, turning it into a random laser. The result was surprising at first: the random holes led to a well-focussed beam, shining straight upwards.

“At first, it was not easy to explain this effect”, says Martin Brandstetter. “The reason lies in the way the different wavelengths add up to one single beam. Certain frequencies may be emitted in different directions, but if we look at the total intensity of all frequencies combined, almost all the radiation shines into the direction in which the holes were drilled.” 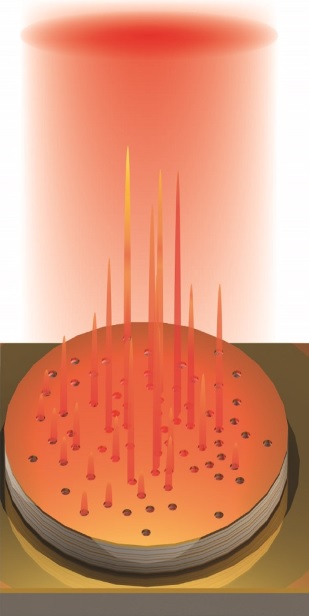 The random laser does not emit its radiation into all directions but straight upwards.
(Abdruck honorarfrei, Copyright: TU Wien)

This means that now, for the first time, a new kind of laser is available which emits broadband terahertz radiation into a well-defined direction – a crucial step towards practical applications of random lasers in everyday technology. In a next project the scientists at TU Wien are planning to go one step further: “We want to reach an even larger spectral bandwidth. This should open the door for new and promising applications in spectroscopy as well as in imaging technology using Terahertz radiation”, says Sebastian Schönhuber.