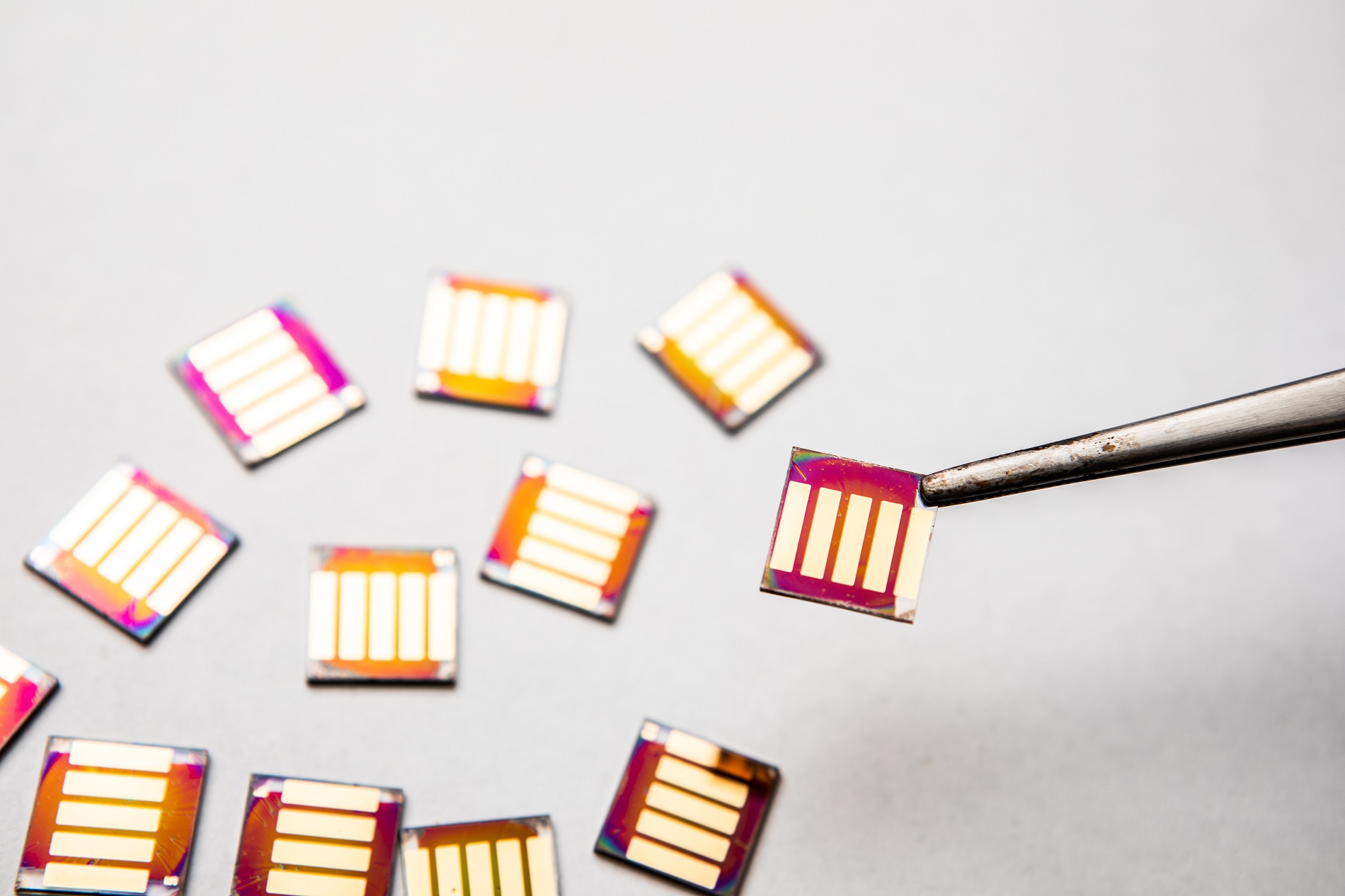 A UQ team has developed quantum dot solar cells that can be made into thin, flexible films and used to generate electricity even in low-light conditions

The development of next generation solar power technology that has potential to be used as a flexible ‘skin’ over hard surfaces has moved a step closer, thanks to a significant breakthrough at The University of Queensland.

UQ researchers set a world record for the conversion of solar energy to electricity via the use of tiny nanoparticles called ‘quantum dots’, which pass electrons between one another and generate electrical current when exposed to solar energy in a solar cell device.

“The new class of quantum dots the University has developed are flexible and printable,” he said.

“This opens up a huge range of potential applications, including the possibility to use it as a transparent skin to power cars, planes, homes and wearable technology.

“Eventually it could play a major part in meeting the United Nations’ goal to increase the share of renewable energy in the global energy mix.”

Overcoming previous challenges around the fact that the surface of quantum dots tend to be rough and unstable – making them less efficient at converting solar into electrical current.

“The near 25 per cent improvement in efficiency we have achieved over the previous world record is important.

“It is effectively the difference between quantum dot solar cell technology being an exciting ‘prospect’ and being commercially viable.”

“The world needs to rapidly reduce carbon emissions and this requires us to invest much more in research to improve existing energy-generation technologies and develop entirely new ones,” Professor Høj said.

“Harnessing the power of fundamental technological and scientific research is a big part of this process – and that’s what we’re focused on at UQ.”

The work was funded by the Australian Research Council's Discovery Programs in collaboration with a number of colleagues both in Australian and overseas.