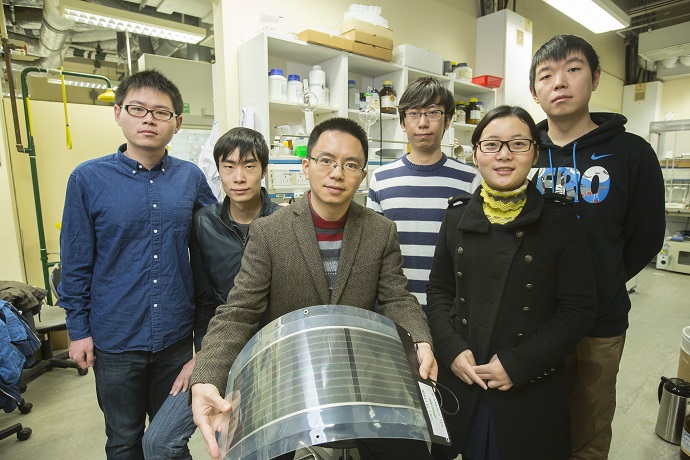 A record-efficient organic solar cell developed by a research team of the Hong Kong University of Science and Technology (HKUST) via an environmentally-friendly method, has been put on the renowned “Best Research-Cell Efficiencies Chart” by the National Renewable Energy Laboratory of the United States, the first time a solar cell developed by a Hong Kong institution appears on this historic chart, which records all the best efficiency cells around the world over the past 40 years.

The chart, which has compiled values of highest conversion efficiencies for different types of solar cells since 1976, recently posted “Hong Kong UST” – an organic solar cell which yields efficiencies of up to 11.5 per cent, as the latest world record for emerging organic solar cells.  The cell, developed by a research team led by Prof Henry He Yan from HKUST’s Department of Chemistry, was also recently published in the prestigious journal Nature Energy.

A very important feature of the HKUST solar cell is that it does not contain any toxic substance, or use any hazardous solvent during the production process, making it the first example of truly environmentally friendly solution-processed organic solar cells. While organic solar cells do not contain toxic components, high-performance ones could only be achieved using hazardous processing solvents, thus hindering such cells’ development. 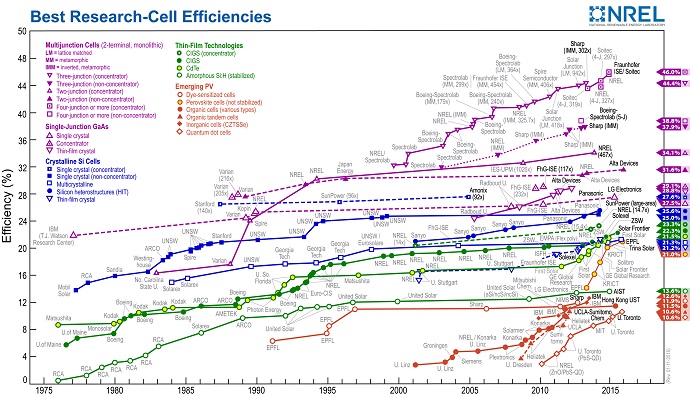 In collaboration with Prof Wei Ma at Xi’an Jiaotong University, Prof Yan’s team discovered that by combining low-cost hydrocarbon solvents, which can be readily obtained from petroleum, and polymers with specially-tailored side chains, a near-optimal morphology can be achieved.  Performance of the resulting solar cell is so remarkable that it surpasses even those created by conventional technologies which use hazardous solvents.  The discovery has provided important guidance for research on efficient solar cells created out of environmentally friendly processes.

“Solar cells should be low-cost, eco-friendly as well as efficient, but for years, the use of hazardous halogenated solvents remains a necessary condition for the creation of high-efficiency organic solar cells,” Prof Yan said.  “Our latest finding has shown that low-cost and environmentally-friendly hydrocarbons can achieve better performance, it will have far-reaching impacts on the whole solar cell community.”

Prof Yan graduated from Peking University and obtained his PhD at Northwestern University in 2004. Before joining HKUST in 2012, he led a research group at Polyera Corporation – a leading company in the organic electronics industry. During the past two years, Prof Yan’s team has had major advances in emerging organic solar cells and is considered a leading group in the field.