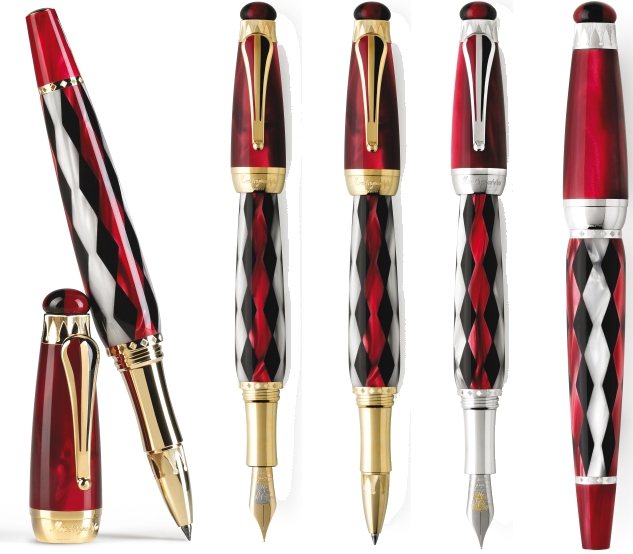 Italians’ love for opera is unmatched by their other musical passions. It is the genre closest to their hearts because it embodies so many Italian qualities, not least a desire to express the deepest, most heartfelt emotions. Flamboyant, tempestuous, joyous: opera is Italy’s soul transformed into sound.

To celebrate this most elegant and noble of art forms, born in Italy at the end of the 16th Century, Montegrappa pays tribute much-loved operas through the “Emozioni in Musica” collection of writing instruments. Previously-released pens in the series have honoured La Traviata and Il Barbiere di Siviglia. The third to be celebrated by Montegrappa is Giuseppe Verdi’s Rigoletto, an opera in three acts. 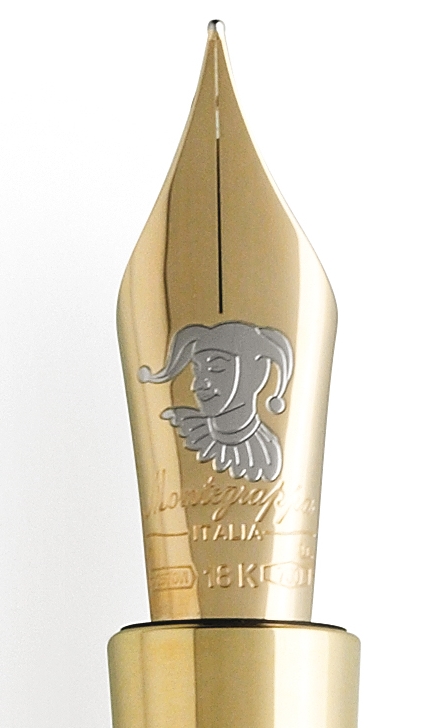 With an eye to the spirit of the eponymous player that it commemorates, the design of the Rigoletto pen immediately recalls the attire of the traditional court jester, a harlequin pattern of red, white and black diamond shapes that can be attributed to no other character. The body and the all-red cap are made of resin, the body itself requiring the use of the diffusion bonding technique to create its mosaic effect. All trims are made of solid silver or solid gold, according to the model.

A handmade black and red glass “murrina” on top of the red cap was inspired by the puffy sleeves and pantaloons that comprise a harlequin’s garb, while the pocket clip is styled in the manner of the jester’s footwear. Engraved into the ring that secures the pocket clip is a pattern that recalls the “skirt” favoured by jesters, with triangular extensions ending in little bells.

For the ring encircling the body, where the threads appear, Montegrappa’s artisans have etched a pattern to denote the type of belt worn by a jester. Montegrappa’s logo is engraved around the wide ring at the bottom of the cap. 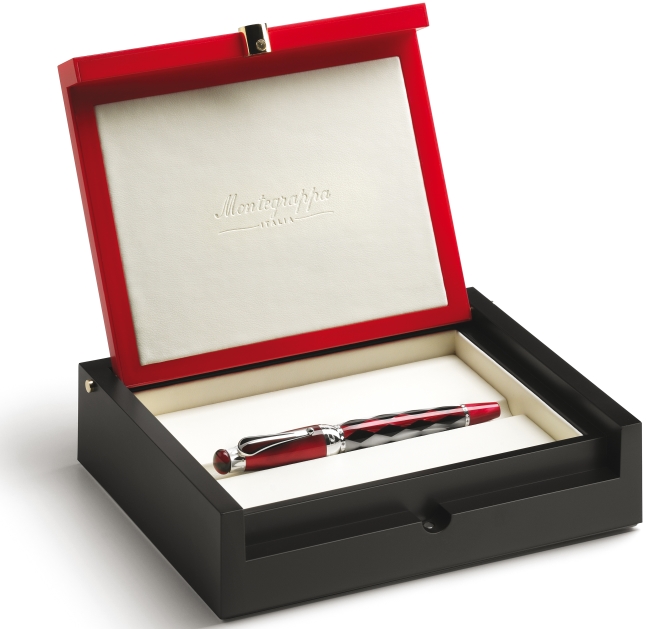 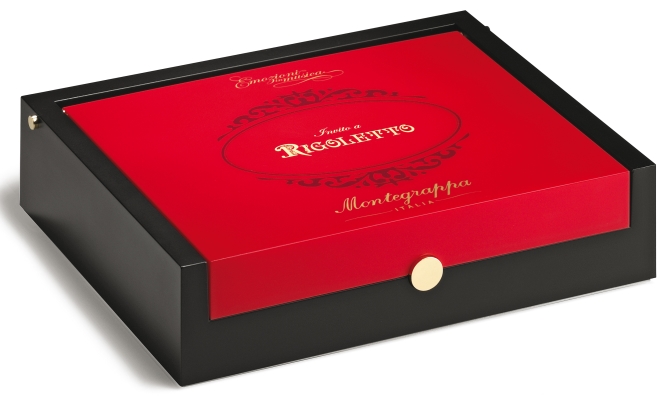 Since 1912, for more than a century, Montegrappa has been manufacturing high-quality writing instruments in the same historic building in Bassano del Grappa, North East Italy.