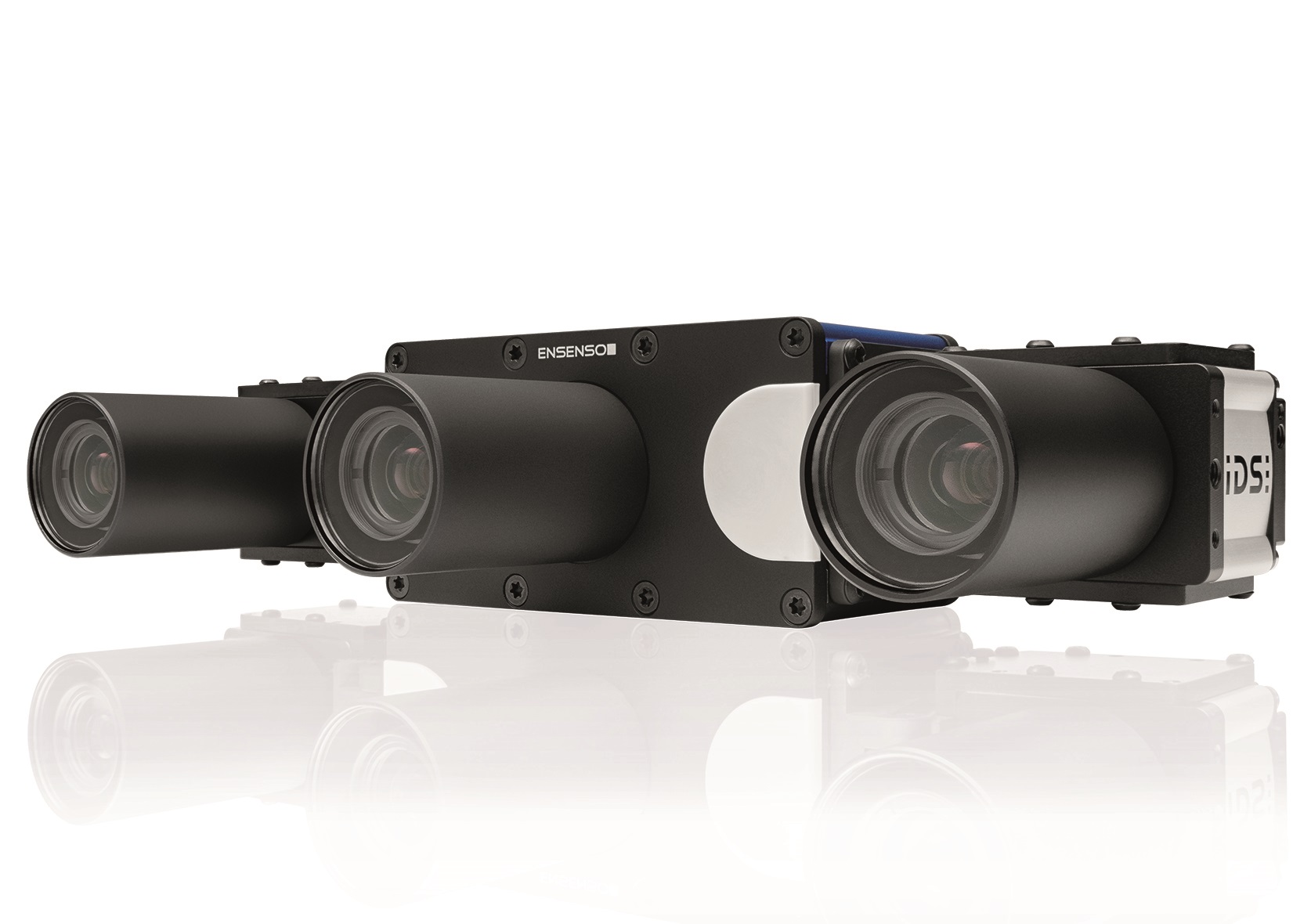 The Ensenso XR is the first stereo vision camera offered by IDS that processes 3D data directly in the FPGA. The 3D camera system is therefore particularly suitable for computing-intensive applications such as bin picking or in-line measurements. The camera family initially consists of XR30 and XR36 models. They are very robust thanks to IP65/67 protection class, feature 1.6 MP Sony sensors and can detect objects at working distances of up to 5 meters.

Since the camera calculates 3D data itself, a high-performance industrial PC is no longer required. The transfer of result data instead of raw data also reduces the load on the network considerably. Multi-camera systems and other computing-intensive applications particularly benefit from these features. Thanks to the WiFi interface, wireless data transmission is optionally available. "This is particularly useful for setup and maintenance processes, or when cabling is difficult or cost-intensive," explains Martin Hennemann, product manager and 3D image processing specialist at IDS.

Both the X and XR series consist of a powerful projector unit with 100 Watt LED power consumption and two uEye cameras whose mounting distance to the projector can be varied according to the user´s requirements. Using FlexView2 technology with the XR36, accurate and fast acquisition of image details goes hand in hand. The data rate of the XR series can compete with a powerful Core i7 CPU. The introduction of variants with 5 MP sensors is planned for Q4/2019. Like all other models in the Ensenso camera series, the Ensenso XR is easy to set up and operate using the corresponding software development kit.