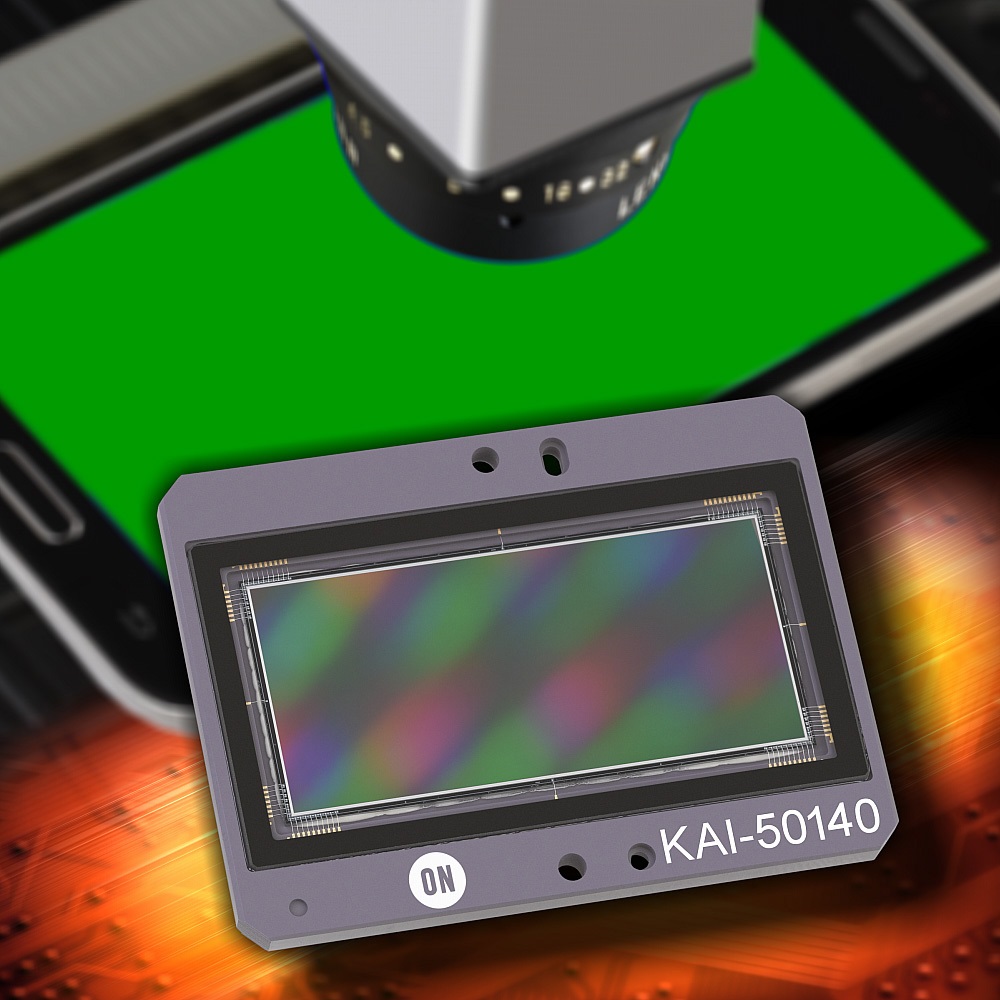 The KAI-50140 is designed in a 2.18 to 1 aspect ratio to match the format of modern smartphones, reducing the number of image captures required to inspect a full display. The 4.5 µm Interline Transfer CCD pixel used in the KAI-50140 provides high resolution with a true electronic (global) shutter while preserving critical imaging performance. The new device supports frame rates up to 4 fps through the use of flexible 1, 2, or 4 output readout architecture, and shares the same pin definitions as both the popular 29 MP KAI-29050and KAI-29052 as well as the KAI-43140 image sensors. This allows the KAI-50140 to be incorporated into existing camera designs with only minor electrical changes – speeding time-to-market for adoption of the new device.

“As the specifications and aspect ratios of smartphone displays continue to expand in both physical size as well as pixel density, we were compelled to develop an image sensor designed specifically for inspection of these devices,” said Herb Erhardt, Vice President and General Manager, Industrial Solutions Division, Intelligent Sensing Group at ON Semiconductor. “The unique combination of high resolution, unmatched image uniformity, and 2.18:1 pixel arrangement provided by the KAI-50140 enables higher quality, more efficient inspection of modern smartphone displays.”

The KAI-50140 is sampling today with production planned by the end of 2018, and is available in a ceramic PGA package in both monochrome and Bayer Color configurations. The KAI-50140 will be demonstrated as part of ON Semiconductor’s exhibit in booth 1B32 at the VISION 2018 trade fair, held Nov. 6 - 8 2018 in Stuttgart, Germany. Customers seeking additional information about the KAI-50140 are asked to contact their local ON Semiconductor sales representative or authorized distributor.