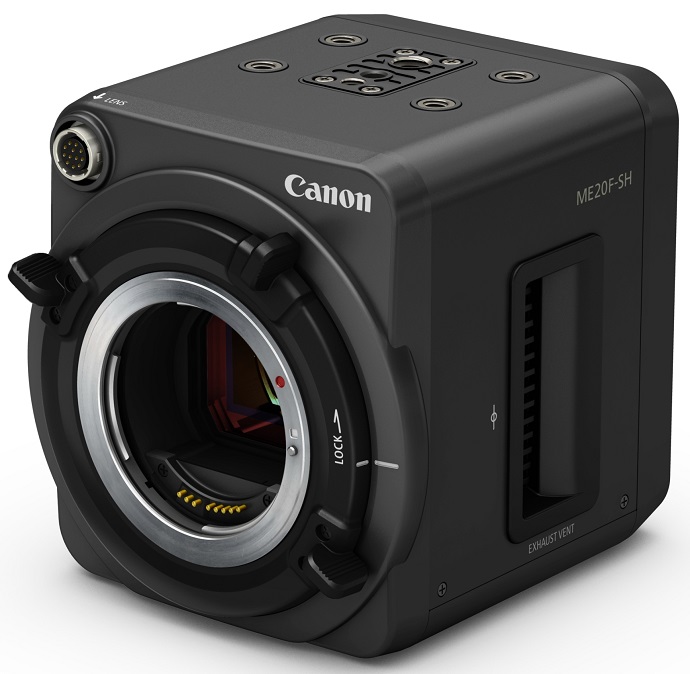 TOKYO, July 30, 2015—Canon Inc. and Canon Marketing Japan Inc. announced today the introduction in Japan of the Company’s first multi-purpose camera, the new ME20F-SH, which delivers exceptionally high sensitivity to make possible the capture of Full HD video with a minimum subject illumination of less than 0.0005 lux1 (at maximum 75 dB gain setting,2 equivalent to an ISO sensitivity of over 4 million).

Canon’s new multi-purpose camera employs an enhanced version of the 35 mm full-frame CMOS sensor for Full HD video use that was developed by the Company in 2013.3 While capturing video in low-light conditions often requires the use of infrared illumination, a technique that only yields video in black and white, the ME20F-SH achieves impressive high-sensitivity performance enabling the capture of color Full HD video with reduced noise even in low-light conditions without the need for infrared illumination. Nighttime natural disaster surveillance and the shooting of video on the behavior of wild animals are just some of the ME20F-SH’s many possible usage applications, which range from surveillance and security to cinematic production. By enabling video capture even in low-light conditions under which subjects are difficult to discern with the naked eye, the ME20F-SH makes possible image capture in environments where it previously would not have been possible.

Ultra-high-sensitivity CMOS sensor enables color video capture in low-light conditions
The ME20F-SH’s CMOS sensor has pixels measuring 19 μm square,4 which is more than 7.5 times the surface area of the pixels on the CMOS sensor featured in Canon’s top-of-the-line EOS-1D X (released in June 2012) and other digital SLR cameras. Furthermore, the sensor’s pixels and readout circuitry make use of Canon proprietary technologies to achieve both reduced noise and exceptionally high sensitivity, delivering a minimum subject illumination of less than 0.0005 lux. The multi-purpose camera allows users to discern subjects under even some of the dimmest lighting conditions, such as environments lit by artificial illumination or under a moonless night sky. Furthermore, similar to Canon’s Cinema EOS System professional digital cinematography cameras, the ME20F-SH includes Canon Log and Wide DR, which make possible a wide dynamic range, delivering high-image-quality video results across a range of illumination environments, from low- to brightly-lit conditions. 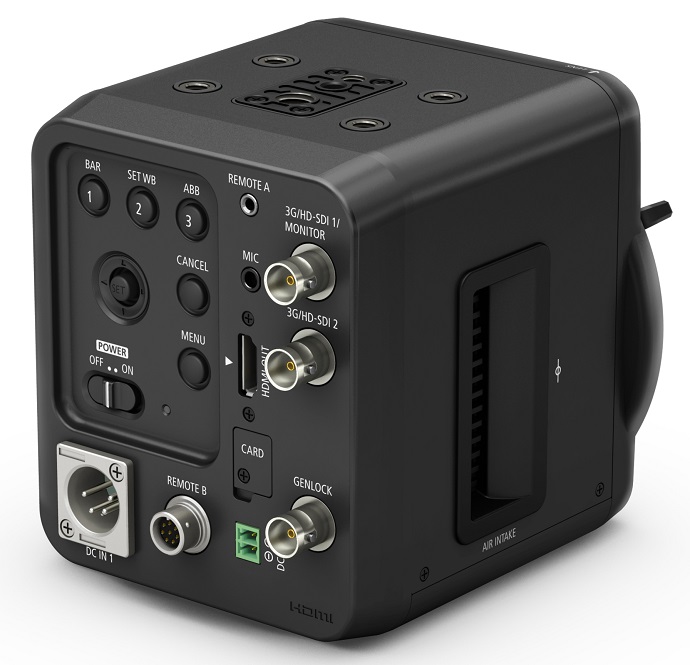 Supports various standard video-recording interfaces
Employing output-only 3G/HD-SDI and HDMI terminals, Canon’s ME20F-SH enables users working on location to output video via a single cable to a variety of peripheral equipment, including external recorders and monitors. Equipped with a φ2.5 mm stereo mini-mini-jack and a round 8-pin jack for RS-422, the multi-purpose camera is capable of connecting with Canon’s RC-V100 Remote Controller (released in June 2014; sold separately).6 By allowing users to operate the camera or change settings from a remote location, the camera facilitates video capture from inaccessible locations as well as fixed-point surveillance. Furthermore, a φ3.5 mm stereo mini-jack allows the camera to connect with an external microphone, enabling users working on location to output audio and video signals to connected peripheral equipment.
The Canon ME20F-SH will go on sale in Japan in early December 2015 at a suggested retail price of ¥3 million (excluding tax).

2. Gain represents the level that the output signal from a pixel has been amplified, measured in decibels (dB). Increases in gain value enable image capture in darker conditions

3. For more information, please refer to the press release announced on March 4, 2013, available on the Canon Global website: http://www.canon.com/news/2013/mar04e.html

4. 1 μm (micrometer) equals one millionth of a meter

5. Details regarding supported EF-series interchangeable lenses are scheduled to be made available in mid December 2015 on Canon’s Japanese-language broadcasting and professional video camcorder homepage: canon.jp/bctv

6. The RC-V100 requires a firmware update when using the round 8-pin jack for RS-422. Details regarding the firmware are scheduled to be made available in mid December 2015 on Canon’s Japanese-language broadcasting and professional video camcorder homepage: canon.jp/bctv