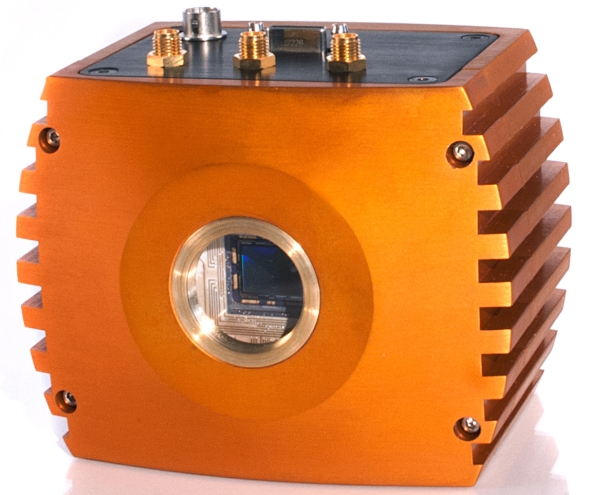 Imagine a CCD camera operating on a long exposure and seeing only 1 electron per pixel every 16 minutes. That equates to dark current of less than < 0.000001 electrons/pixel/sec. Imagine the same camera delivering less that 1.75 electrons readout noise with minimal hot spots and blemishes while delivering a peak QE of 77%. To hit these specs it would need to be cooled significantly.

Raptor Photonics has just launched a new camera, the Kingfisher V which delivers this type of performance using a new breed of Sony ICX sensors. At resolutions up to 9.1 megapixels this camera will certainly command a lot of interest in the scientific market. So what is the secret? Raptor has launched this camera using a proprietary new vacuum technology, called PentaVacTM that will enable cooling down to -111°C delta giving the Kingfisher V one of the lowest dark currents for a CCD in the market today.

It’s a well-known fact that cooling a CCD will significantly reduce the associated noise with the chip. In fact, the cooler you can get the chip the better the performance. Most applications only require minimum cooling for enhanced performance but high end applications like single molecule detection require ultimate sensitivity. Applications requiring long exposures will see an increase in the noise over time, so these applications demand cooling. Minimum thermal impedance leads to maximum efficiency enabling these long exposures. There are various degrees of cooling a CCD from passive cooling, to active cooling, but few camera companies have the ability to reliably cool to -80°C or beyond.

So why do you need to deep cool? There are several contributing factors to the noise experienced by a CCD, the main ones being dark current and readout noise. Thermal energy alone is enough to excite electrons into the image pixels and these cannot be distinguished from the actual image photoelectrons. This process generates noise and is called ‘dark current.’ For every 6 or 7°C of cooling, there is about twice the reduction in the total dark current generation rate. This of course has its limits. Most CCDs don’t function well below –120°C as at this electron mobility in silicon is greatly reduced. Cooling to -110°C is entirely feasible and the result is virtually a dark current free image for long periods of exposure time. Reduction in dark current by lowering temperature can be seen in the graph below. 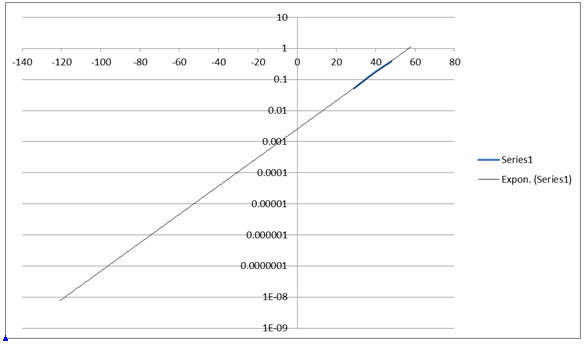 Chart 2. The image above shows an example of hot spots for a typical CCD with long exposures. The graph on the right is a histogram that indicates a low number of pixels are present at higher dark current values.

So the case for cooling a CCD well below ambient temperature is easy to make. But as anyone who had sipped a cold drink on a warm day knows, a cold surface will cause moisture to condense out of the air. Moisture can damage the CCD, but when cooling below zero the moisture turns to frost. Frost can quickly destroy a CCD by damaging the surface structure or even breaking the bond wires. To prevent this, the CCD chip needs to be placed in a chamber with the moisture removed by some method, thermally isolating the sensor from its environment. The best solution is to completely remove the air by creating a vacuum. This also allows the CCD to get colder as there is no air to facilitate conduction or convection heat to and from the sensor. The problem with a vacuum is that it typically requires a much heavier chamber and window.

Cooling can be achieved in several ways with liquid nitrogen, thermoelectric coolers (TECs) or mechanical pumps (cryo-coolers). Liquid nitrogen has been a tried and tested way of deep cooling, but it is messy, cumbersome and potentially dangerous. It also doesn’t easily allow the camera to be orientated in any direction.

TECs have become more common in recent years. Thermoelectric cooling uses the Peltier (ref Wikipedia) effect to create a thermal difference between the junction of two different conducting materials. A Peltier cooler is a solid-state active heat pump which transfers heat from one side of the device to the other, with consumption of electrical energy, depending on the direction of the current. Coolers can have multiple, 1 up to 7, stages or multiple coolers may be used. There are various means of removing the heat from the hot side of the peltier: passive air, forced air, or circulating coolant tap water/chilled coolant circulation.

Sealing the CCD sensor inside a hermetic chamber with an inert gas such as dry argon (Ar) or nitrogen (N) has also been a way to enable deeper cooling. With this solution there is a still small amount of moisture in the chamber and ice can form on the delicate structures of the sensor if the sensor is cooled beyond the dew point of the chamber. The dew point is highly dependent on the purity of the nitrogen or argon. Cooling can be achieved down to the dew point, however gas is present in the cooling chamber and this results in an additional heat load that limits the cooling performance of TEC. Vacuum technology therefore solves both the issues presented with gas filled chambers, removing the moisture and reducing the thermal load on the TEC.

Vacuum technology has been around for a long time. In fact the vacuum technology used by most of the high end camera manufactures today was developed in the 1940s and 1950s. Small incremental advances have been made with hermetic sealing techniques such as knife edge metal seals. But the materials used to develop the chamber, the vacuum process itself and the seals and adhesives used are somewhat outdated and inherently prone to leakage. When a camera starts to lose performance it is generally due to damaged seals, leakage or outgassing.

Vacuum reliability is a huge issue in the high end CCD and EMCCD market. Unless protected, cooled sensors will condense moisture, and the result may damage the sensor due short circuiting the poly silicon gates on the surface or bond wires at the perimeter of the light sensitive area. Many cameras will meet specification when the customer initially tests and begins using the camera, but over time the performance of the camera will diminish, due to levels of leakage, however tiny. Once the camera starts to leak, the low temperature cannot be maintained, noise levels start to creep and the QE specification cannot be achieved.

Traditionally a vacuum chamber has had to be serviced with a vacuum pump on a regular basis using a process known as 'pump and bake'. This is done by connecting the chamber to a high quality vacuum pump while warming the chamber to drive out moisture and any other contaminants. This could be done every six months to a few years depending on the quality and type of the seals used.

Raptor’s PentaVac technology uses 21st century materials and processes developed and manufactured in a Class 100 cleanroom. Advanced scientific multi-getters enable Raptor to pump out and remove moisture and other impurities from the vacuum chamber. The reason for multi-getters is down to the intrinsic property of the material used. Every material will have a certain rate of absorption of moisture, which needs to be removed as moisture plays a fundamental role in the well-known degradation phenomena. The better it can be removed at pumping the longer the vacuum will remain intact without outgassing.

These advanced Multistage Getters ensure a lifetime vacuum guarantee, based on a mean time between failures (MTBF) of 100 years. The vacuum not only enables cooling down to Δ-111°C, it will also protect the quality and integrity of CCD.

Raptor can test the integrity of the vacuum after it has been pinched off the pump. Most other companies cannot do this, so they have no way of qualifying the vacuum inside the chamber when it ships to the customer. In fact Raptor post-tests each vacuum to MilSpec standards; MIL-STD-883H, Method 1014.13, Section 3.1.1.1:  Test condition A1 (ref: http://www.dscc.dla.mil/Downloads/MilSpec/Docs/MIL-STD-883/std883.pdf ).

So how else is Raptor’s PentaVacTM technology different to existing vacuums? Raptor is now able to deliver a vacuum chamber in a self-contained package holding the CCD, resulting in a very small and lightweight camera, the Kingfisher V is less than 500g. Most vacuum based cameras on the market today are at least twice that weight. In addition it is also extremely rugged operating in extreme conditions ranging -40 to +71°C. And PentaVacTM has been designed to run off low operating power, making it simple and easy to integrate into an experiment. To keep dark current stable, cooling is controlled to within ±0.05C and it is also very quick to hit its mark of Δ -111°C, stabilising within a few minutes, as opposed to other vacuum technologies taking 30-60 minutes.

PentaVac comes with both air and water cooled options. Forced air cooling is achieved using a fan to remove excess hear from the Peltier-cooler, but users may require a vibration-free environment or the absence of thermal air currents (e.g. high magnification microscopes), and so water circulation can be used instead.

One of the other advantages of this technology is its flexibility. Raptor also has the ability to match and optimise the TEC requirements to the sensor deployed. Multi stage getters along with different types of sensors such as CCD, CMOS, EMCCD, 2D-InGaAs may be used. 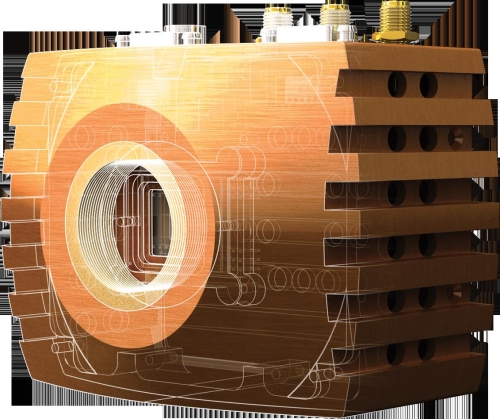