Sunlight could be used to power lasers 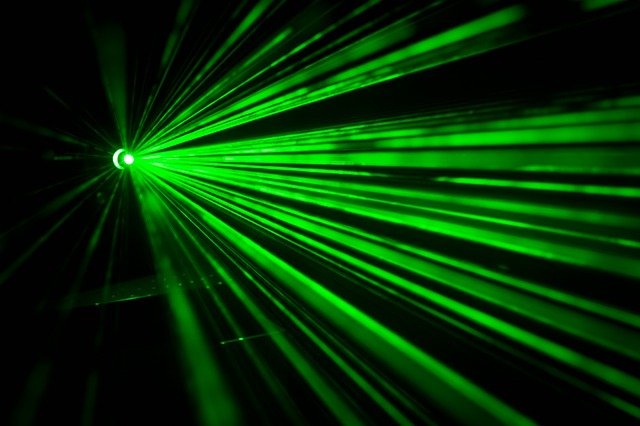 Sunlight, one of the planet’s most abundant sources of renewable energy, could be used to power lasers, according to a study from Heriot-Watt University.

A sunlight-powered laser could be used instead of fossil fuels to kickstart chemical processes for the energy-intensive production of fertiliser, the scientists say.

Conventional lasers are powered by electrical energy from a battery or the grid. Even if renewable generation electricity is used, this requires additional infrastructure and energy is invariably lost along the way.

Dr Erik Gauger from Heriot-Watt’s Institute of Photonics and Quantum Sciences has outlined how a new sunlight-powered laser could work in a study published in the New Journal of Physics. He worked with a team of international colleagues and they took inspiration for the new system from nature.

Gauger said: “Sunlight is abundant, but because it is dilute and variable, it is difficult to collect, store and harness.

“Nature has already found a way to do this through photosynthesis, when plants turn sunlight, water and carbon into food and energy.

“We’ve designed a bio-inspired blueprint for a new laser system that can upgrade natural sunlight into a coherent laser beam.”

Other scientists have already started working on solar-powered lasers, but those demonstrated so far need elaborate systems and high levels of refrigeration.

Gauger and his colleagues from Italy and Mexico turned to purple bacteria, a group of photosynthetic organisms found in ponds and lakes for inspiration for their new system.

“Purple bacteria have ring-like antennae which have a reaction centre in their middle that allows them to convert sunlight to chemical energy.

“If we can find a way to strip out the reaction centres and replace them with a much simpler structure, we could use a bunch of those modified photosynthetic structures to convert sunlight into a laser beam under ambient conditions.

“Specifically, our design would be self-contained and neither require an external power source, nor complicated large surrounding lenses. It would be lightweight and portable and entirely natural, organic components. It would constitute the ultimate source of green energy.

“We have all these ingredients  available, we just need to find the best way to play molecular lego and assemble the structures.”

Gauger says the end result could be a solar-powered laser that would be low energy, but still useful for a range of applications.

“Solar-powered lasers could be used to generate green energy or to bring about chemical processes.

“This could tackle the carbon footprint of processes like the production of fertiliser, which is currently responsible for 1-2% of global energy consumption.

“This is hugely exciting. We could use one of our most abundant resources to help reach net zero.”