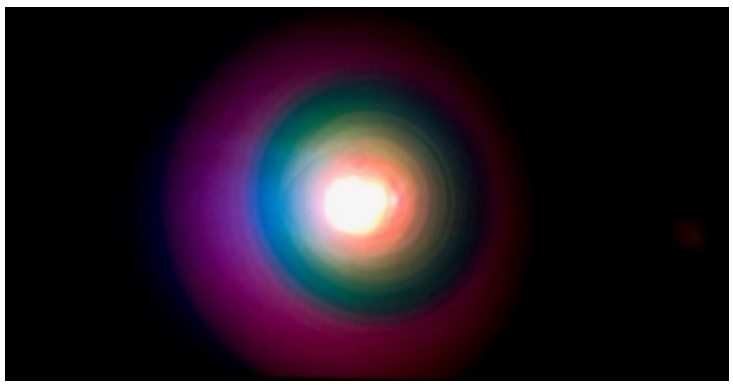 The City College of New York found a universal way to explain Higher Harmonic Generation by modulating the phase by nonlinear Kerr effect at optical cycles by the Electronic Self-Phase Modulation (ESPM) for gases and condensed matter for compact tabletop UUV and X-ray Microscopes.

A fundamental electromagnetic theoretical model based on the electric field of light E(t) propagating in materials is presented by Prof. Robert Alfano and his research team from the Institute of Ultrafast Spectroscopy and Lasers (IUSL) at the City College of New York (CCNY) and University of California, San Diego to explain the higher harmonic generation from UV to X rays driven by optical field from nonlinear Kerr index.

The HHG is coherently driven by the laser field. The Odd HHG has the potential to be used as a source for compact UV and X-ray tabletop microscopes. The electronic cloud distortion model proposed in 1970 is based on Kerr nonlinear index on the carrier-envelope phase and envelope of E(t) at the optical cycle response for Nobel gases and solids. See https://doi.org/10.1103/PhysRevLett.24.1217).

ESPM is produced from electronic phase modulation from the instantaneous response of the index of refraction n(t) via n 2 . The electron cloud explains the experimental Higher Harmonic Generation (HHG) and Supercontinuum Generation from the interaction of high-intensity ultrafast pulses in three states of matter. The supercontinuum generation is shown in the figure from glass. The theory reveals the salient experimental features observed from the HHG in the form of the three characteristic intensity regimes and cutoff for different states of matter.

The electronic self-phase modulation model from nonlinear Kerr index n 2 reveals three salient features of the HHG: decreasing Harmonics generation followed by a plateau to descending HHG signals to the cutoff frequency using the method of the stationary phase on ESPM. This ESPM model is fundamental and an alternative model to the quantum mechanical 3 step model interpretation of HHG.

The quantum 3 step model has difficulty explaining generation in solids. In addition, the ESPM model gives additional features of spectral broadening about the N odd harmonics supporting the theoretical ansatz presented in this paper. They used a 50-fs laser pulse at intensities of 10 12 to 10 15 W/cm 2 to simulate and experimentally compare the salient features of HHG and supercontinuum about each harmonic from various materials such as gases and solids supporting the Kerr ESPM model. The outcome from the ESPM model is a supercontinuum background superimposed with the sharp odd HHG which was experimentally observed before in various forms of matter.