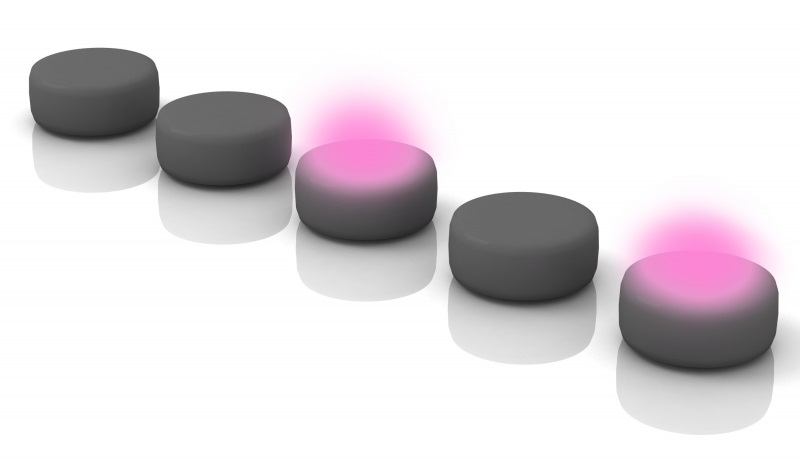 A research team from ITMO University, with the help of their colleagues from Moscow Institute of Physics and Technology and University of Turin, has predicted a novel type of topological quantum state of two photons and proved their predictions experimentally. The method developed by the researchers relies on the analogy: instead of expensive experiments with quantum structures of two or more entangled photons, they have used resonant electric circuits that can be described by similar equations. The obtained results can be useful for the creation of optical chips and quantum computers without the need for expensive experiments. The research was supported by grants from the Russian Science Foundation and the Russian Foundation for Basic Research. The research was published in Nature Communications.

Light plays a key role in modern informational technologies: with its help, information can be transmitted over vast distances via optical fibers. Scientists anticipate the invention of optical chips and computers that process the information with the help of photons – light quanta – instead of electrons, as it is done today. This will decrease energy consumption and at the same time increase the speed of computer equipment. However, to turn these predictions into reality, fundamental and applied research of light behavior at the micro- and macroscale is needed. Worldwide physicists and engineers enthusiastically work on new ways to apply the light.

“It’s about what happens when there’s very little light,” explains Nikita Olekhno, the main author of the paper and a researcher at ITMO University. “If we’re reducing the intensity of the light, sooner or later we’ll reach a limit, where light acts like separate particles. Between these particles there might appear a special connection that physicists call entanglement. So, if we check out the system of two entangled photons, their characteristics will be related to each other. If we take one photon and change its characteristics, we can say for sure that there must appear a second photon with an expected direction, frequency, and polarization.”

In the future, this will allow us to create a lot of fascinating devices: data transmission channels that can’t be hacked, spectroscopy systems of high precision, and quantum computers.

In the paper, scientists from ITMO University theoretically proposed a special system in the form of a chain of quantum resonators (qubits), inside which one photon freely moves along the entire circuit, and two photons of certain frequency interact and always settle on one of the edges of the chain. Quantum edge states that appear due to the interaction between photons are a brand-new feature in photonics, and in the future can be used in the development of quantum optical chips.

For these dreams to come true, it requires years of studies and lots of resources: special nanostructures are needed for experiments.

“It’s quite expensive to create such structures. Plus, we need equipment for generating single and paired photons, and for measuring. Such experiments aren’t available to all universities,” explains Nikita Olekhno.

If conducting a precise experiment is too expensive, it may be useful to come up with a model, or an analogy, which would allow one to test certain theoretical assumptions without spending too many resources. This method is quite popular in quantum physics nowadays. In the last couple of years a series of papers about analogue emulators was published. However, their authors have managed to create classical systems that describe certain quantum aspects only approximately, and only for single photons. Until recently, no one could find the right analogy that would also be suitable for systems of two or more quantums. That’s what ITMO University physicists have accomplished.

“The main point of our work is not only the prediction of topological two-photon states, but also emulation of such multiparticle quantum states,” explains Nikita Olekhno. “A lot can be explained through analogy. For instance, when I tell school students about optical resonant nanoparticles, I compare them with acoustic resonances in a guitar. Here we have a similar idea: we have created an electric system that is described through classical electronic laws, in which, however, you can see fascinating effects that are similar to those that appear in quantum optic systems.” 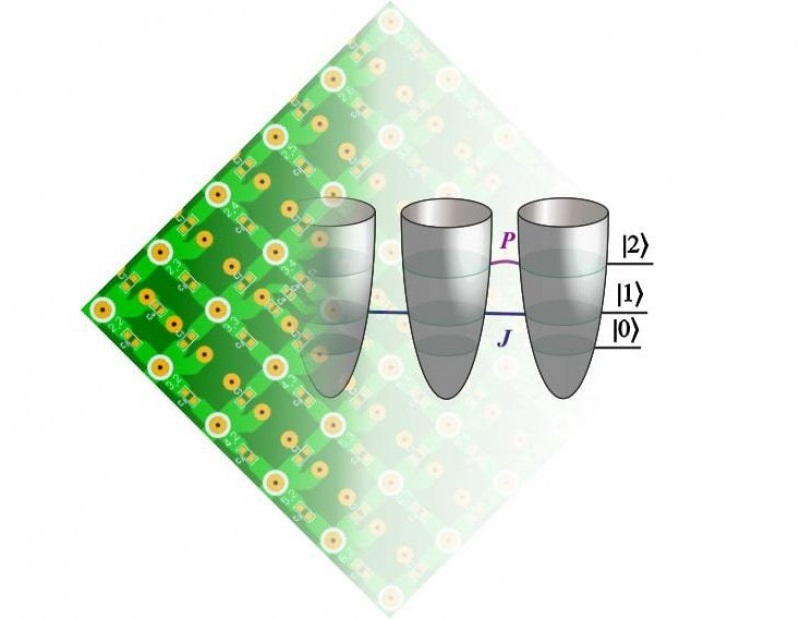 “Our system is similar to the one-dimensional chain of microresonators. In each microresonator a photon, or two photons at once, can be “locked”, and they can jump from one microresonator to another,” says Andrey Stepanenko, co-author of the paper, PhD at ITMO University. “In such a chain, you can create interaction between photons. It makes them “sense” each other – much like a proton and an electron in the hydrogen atom – and yet aren't attracted, but, on the contrary, repelled from each other. Despite this, such photons can connect like atoms do, and move along the circuit together. This is a very interesting phenomenon. If we construct such a chain in a particular way, so that it would have a certain symmetry, then topological edge states of such coupled photon pairs will appear (you can read more about experiments in the field of topological photonics in our materials: here and here. They have a number of important properties, for example, resistance to imperfect geometry of individual microresonators or even the entire chain.”

How does it work

At first sight, the system that is used in the experiment is nothing like its quantum photonics analogue. Instead of a one-dimensional microresonator chain, the researchers have created a two-dimensional circuit board, which is a square grid of capacitors size of 15x15 cells. In the corner of each cell there is an inductor that connects it with a zero potential.

“We connect various points on the board to an external power source and study the system’s response using multimeter and oscilloscope,” explains Polina Ivanova, co-author of the paper. “The result is described by classical Kirchhoff equations that in our case coincide with Shroeddinger’s quantum equations describing two-photon states in the array of qubits. The same equations must have the same solutions, and it doesn’t matter whether it’s a wave function of a photon or an electric potential.” 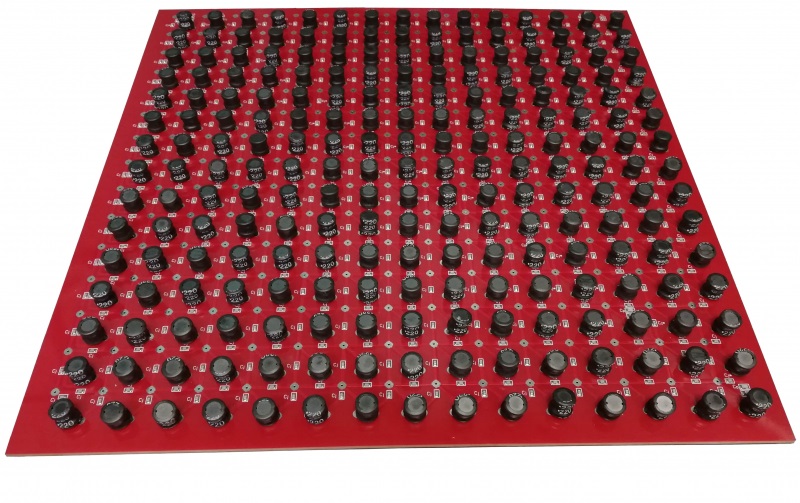 Two-dimensional circuit board used in the experiment. Credit: ITMO University's Faculty of Physics and Engineering

Of course, the analogy that ITMO University scientists have come up with can not entirely replace experiments with quantum systems. However, the classical structure that was developed by the team allows researchers to conduct many experiments, providing valuable information for the field of quantum photonics. The fact that the scientists from St. Petersburg managed to find such an analogy for quantum systems of many particles for the first time is very promising.

“Theory is always ahead of experimental capabilities. To be at the forefront of theory, we study subtle effects that we will be able to detect experimentally only in several years, for example, the ones with qubit circuits,” says Maxim Gorlach, head of the project and Senior Researcher at ITMO University. “We are planning to work hard on this and conduct a series of experiments in this field by researching topological edge states of more exotic quantum systems and developing ways of their emulation. Such experiments are important both for fundamental physics and future practical applications.”