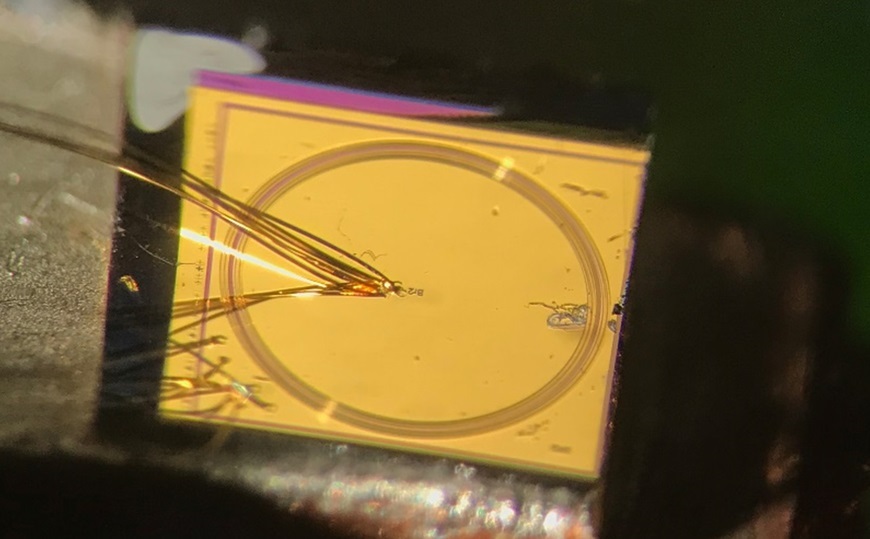 We’ve all experienced turbulent air and water, but did you know light can be turbulent too?

An international team of researchers, led by  Federico Capasso, the Robert L. Wallace Professor of Applied Physics and Vinton Hayes Senior Research Fellow in Electrical Engineering at the Harvard John A. Paulson School of Engineering and Applied Sciences (SEAS), have harnessed turbulence in light to create a specific type of high-precision laser, known as a laser frequency comb, in a system previously thought incapable of producing such a laser. The discovery could be used in a new generation of devices for applications such as optical spectroscopy and sensing.

The research is published in Nature.

Frequency combs are widely-used tools for detecting and measuring different frequencies of light with unique precision. Unlike conventional lasers, which emit a single frequency, these lasers emit multiple frequencies in lockstep, evenly spaced to resemble the teeth of a comb. Today, they are used in everything from environmental monitoring and chemical sensing to the search for exoplanets, optical communications and high- precision metrology and timing.

Capasso and his team at SEAS have been working to make these devices more efficient and compact for applications including telecommunications and portable sensing.

In 2019, Capasso and his team figured out how to transmit wireless signals from laser frequency combs, creating the first laser radio transmitter. The researchers used semiconducting quantum cascade lasers shaped like very small Kit Kat bars, which generated frequency combs by bouncing light from end to end. This bouncing light created counter-propagating waves that interact with each other to generate the different frequencies of the comb. However, these devices still emitted a lot of light that was unused in the radio-communication applications.

“Going into this research, our main question was how can we make a better geometry for laser radios,” said Marco Piccardo, a former postdoctoral fellow at SEAS and first author of the paper.

Piccardo is currently a researcher at the Istituto Italiano di Tecnologia in Milan. 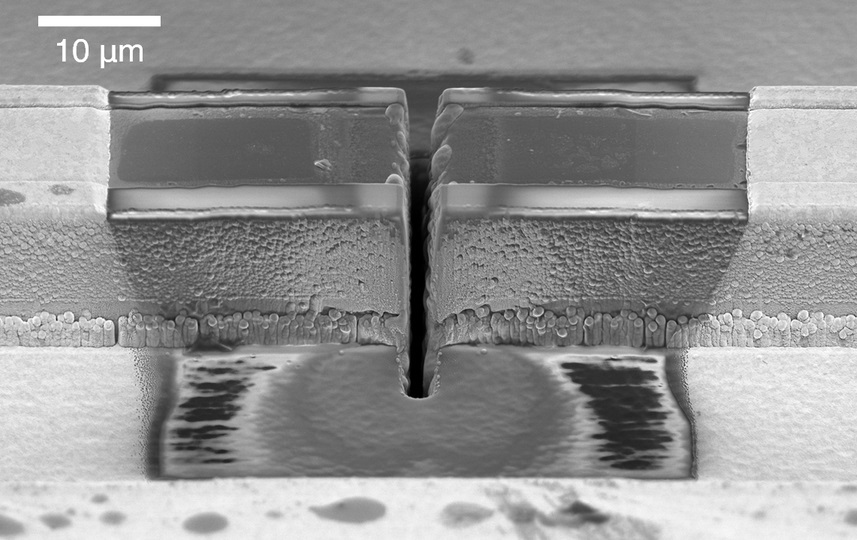 Electron microscope image showing a detail of a defect-engineered ring. The air slit acts as a reflection point in the waveguide, inducing counter-propagating waves. (image courtesy of the Capasso Lab/Harvard SEAS)

The researchers turned to ring quantum cascade lasers, which, due to their circular shape, can generate a laser with very low optical loss. However, ring lasers have a fundamental problem when it comes to generating frequency combs: light beams traveling in a perfect circle propagate only in one direction, clockwise or counter-clockwise, and therefore can’t generate the counter-propagating waves needed to form a comb. To overcome this problem, the researchers introduced small defects into the rings and compared the results to a group of defect-less rings.

But when the researchers ran the experiment, the results took everyone by surprise.

"When we saw that, we thought this is great for us, because this is exactly the kind of light we are looking for, only we didn't expect to find it in this particular experiment. The success seemed to contradict current laser theory," said Benedikt Schwarz, a researcher at TU Wien in Vienna and co-author of the study.

The researchers tried to explain how such a phenomenon could occur, and eventually came across turbulence. In fluids, turbulence occurs when an ordered fluid flow breaks into increasingly small vortices which interact with each other until the system eventually breaks into chaos. In light, this takes the form of wave instabilities, in which a small disturbance gets bigger and bigger and eventually dominates the dynamics of the system.

The researchers figured out that small fluctuations in the current used to pump the laser caused small instabilities in the light waves, even in a perfect ring laser. Those instabilities grew and interacted with each other, just as in a turbulent fluid. Those interactions then caused a stable frequency comb to occur.

“We didn’t just change the geometry of laser frequency combs, we discovered a whole new system in which to create these devices, and in doing so, recast a fundamental law of lasers,” said Piccardo.

In the future, these devices may be used as electrically-pumped microresonators on integrated photonic circuits. Today’s chip-scale microresonators are passive, meaning energy needs to be pumped optically from the outside, increasing the system size and complexity. But the ring laser frequency comb is active, meaning it can generate its own light just by injecting electrical current into it. It also provides access to regions of the electromagnetic spectrum that are not covered by microresonators. This could be useful in a range of applications, such as optical spectroscopy and chemical sensing.

“This is a first very important step in connecting passive microresonators with active frequency combs,” said Capasso. “Combining the advantages of these two devices could have important fundamental and technological implications.”

It was supported by the National Science Foundation under Award No. CCSS-1807323