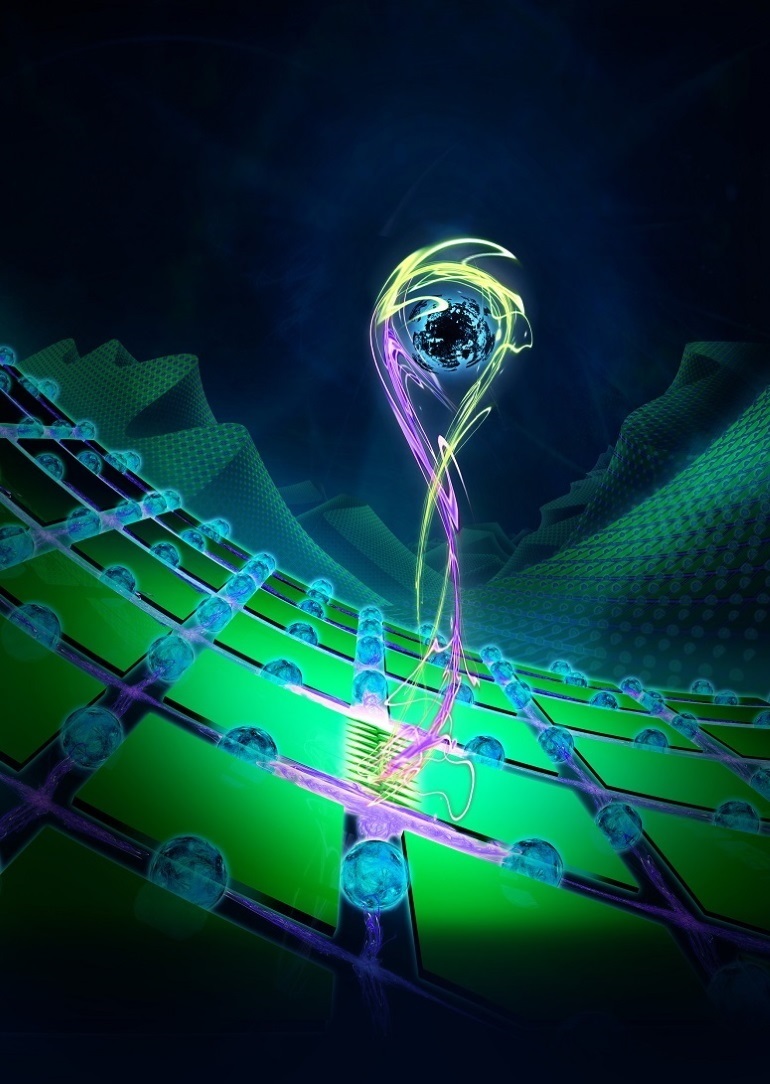 Newly developed methods ensure that the loss of individual qubits does not disrupt a quantum computer. Photo: Uni Innsbruck/Harald Ritsch

Quantum information is fragile, which is why quantum computers must be able to correct errors. But what if whole qubits are lost? Researchers at the University of Innsbruck, in collaboration with RWTH Aachen University and University of Bologna, are now presenting a method in the journal Nature that allows quantum computers to keep going even if they lose some qubits along the way.

Qubits—the carriers of quantum information—are prone to errors induced by undesired environmental interactions. These errors accumulate during a quantum computation and correcting them is thus a key requirement for a reliable use of quantum computers.

It is by now well known that quantum computers can withstand a certain amount of computational errors, such as bit flip or phase flip errors. However, in addition to computational errors, qubits might get lost altogether. Depending on the type of quantum computer, this can be due to actual loss of particles, such as atoms or ions, or due to quantum particles transitioning for instance to unwanted energy states, so that they are no longer recognized as a qubit. When a qubit gets lost, the information in the remaining qubits becomes scrambled and unprotected, rendering this process a potentially fatal type of error.

A team of physicists led by Rainer Blatt from the Department of Experimental Physics at the University of Innsbruck, in collaboration with theoretical physicists from Germany and Italy, has now developed and implemented advanced techniques that allow their trapped-ion quantum computer to adapt in real-time to loss of qubits and to maintain protection of the fragile stored quantum information. “In our trapped-ion quantum computer, ions hosting the qubits can be trapped for very long times, even days”, says Innsbruck physicist Roman Stricker. “However, our ions are much more complex than a simplified description as a two-level qubit captures. This offers great potential and additional flexibility in controlling our quantum computer, but unfortunately it also provides a possibility for quantum information to leak out of the qubit space due to imperfect operations or radiative decay.” Using an approach developed by the Markus Müller’s theoretical quantum technology group at RWTH Aachen University and Forschungszentrum Jülich, in collaboration with Davide Vodola from the University of Bologna, the Innsbruck team has demonstrated that such leakage can be detected and corrected in real-time. Müller emphasizes that “combining quantum error correction with correction of qubit loss and leakage is a necessary next step towards large-scale and robust quantum computing.”

The researchers had to develop two key techniques to protect their quantum computer from the loss of qubits. The first challenge was to detect the loss of a qubit in the first place: “Measuring the qubit directly was not an option as this would destroy the quantum information that is stored in it”, explains Philipp Schindler from the University of Innsbruck. “We managed to overcome this problem by developing a technique where we used an additional ion to probe whether the qubit in question was still there or not, without disturbing it”, explains Martin Ringbauer. The second challenge was to adapt the rest of the computation in real-time in case the qubit was indeed lost. This adaptation is crucial to unscramble the quantum information after a loss and maintain protection of the remaining qubits. Thomas Monz, who lead the Innsbruck team, emphasizes that “all the building blocks developed in this work are readily applicable to other quantum computer architectures and other leading quantum error correction protocols.”

The research was financed by the Austrian Science Fund FWF, the Austrian Research Promotion Agency FFG and the European Union, among others.