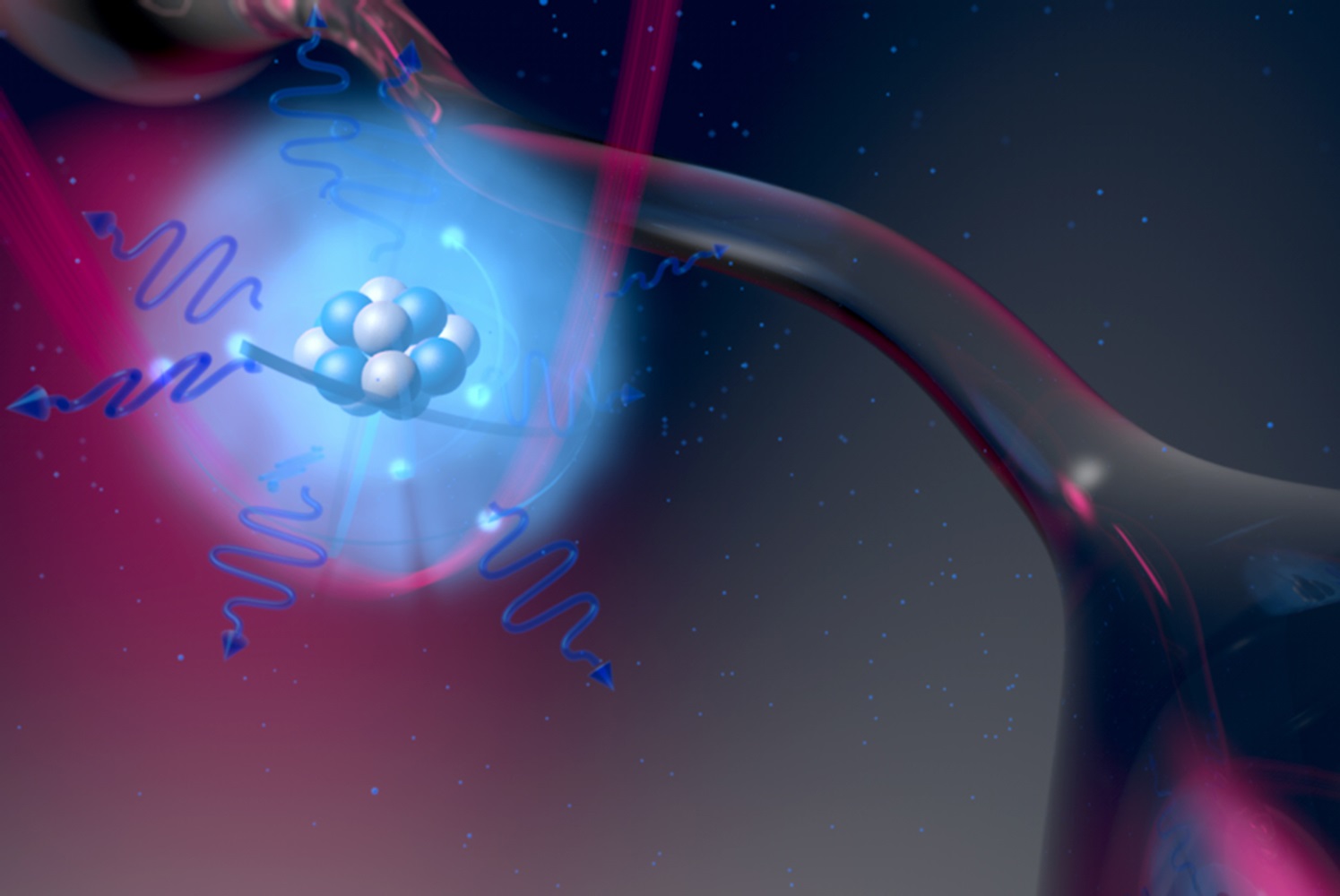 Nanooptical traps are a promising building block for quantum technologies. Austrian and German scientists have now removed an important obstacle to their practical use. They were able to show that a special form of mechanical vibration heats trapped particles in a very short time and knocks them out of the trap.

By controlling individual atoms, quantum properties can be investigated and made usable for technological applications. For about ten years, physicists have been working on a technology that can capture and control atoms: so-called nanooptical traps. The technique of capturing microscopic objects with light known from optical tweezers is applied to optical waveguides, in this case a special glass fiber. The glass fiber may only be a few hundred nanometers thin, i.e. about 100 times thinner than a human hair. Laser light of different frequencies is sent into the glass fiber, creating a light field around the waveguide that can hold individual atoms. Up to now, however, the applicability of this technology has been limited by the fact that the atoms have become very hot after a very short time and are lost. The heating rate was three orders of magnitude higher than with optical tweezers, where the light field is generated in free space. Despite an intensive search, it had previously not been possible to determine the cause. Now Daniel Hümmer and Oriol Romero-Isart from the Institute of Quantum Optics and Quantum Information of the Austrian Academy of Sciences and the Department of Theoretical Physics at the University of Innsbruck in cooperation with Philipp Schneeweiss and Arno Rauschenbeutel from the Humboldt University of Berlin have carefully analyzed the system. With their theoretical model, they were able to show that a certain form of mechanical vibration of the glass fiber is responsible for the strong heating of the particles. This is reported by the physicists in the journal Physical Review X.

"These are the vibrations that arise when you let waves travel along a rope," explains Daniel Hümmer. "The particles, which float only about 200 nanometers above the surface of the waveguide, heat up very quickly because of these vibrations." The heating rate that has now been theoretically determined agrees very well with the experimental results. This finding has important consequences for applications: On the one hand, the technology can be significantly improved with simple counter-measures. Longer coherence times then allow more complex experiments and applications. On the other hand, the physicists suspect that their findings could also be helpful for many similar nanophotonic traps. The theoretical model they have now published provides essential guidelines for the design of such atomic traps. "When manufacturing these traps, not only the optical properties must be taken into account, but also the mechanical properties," stresses Oriol Romero-Isart. "Our calculations here give important indications as to which mechanical effects are most relevant.” Since the strength of the interaction between individual atoms and photons is particularly high in nanooptical traps - a problem with which many other concepts struggle - this technology opens the door to a new field of physics. Many theoretical considerations have already been made in recent years. The physicists from Austria and Germany have now cleared away a major obstacle on the way there.

The research was financially supported by the European Research Council (ERC), the Austrian Academy of Sciences and the Austrian Federal Ministry of Education, Science and Research.