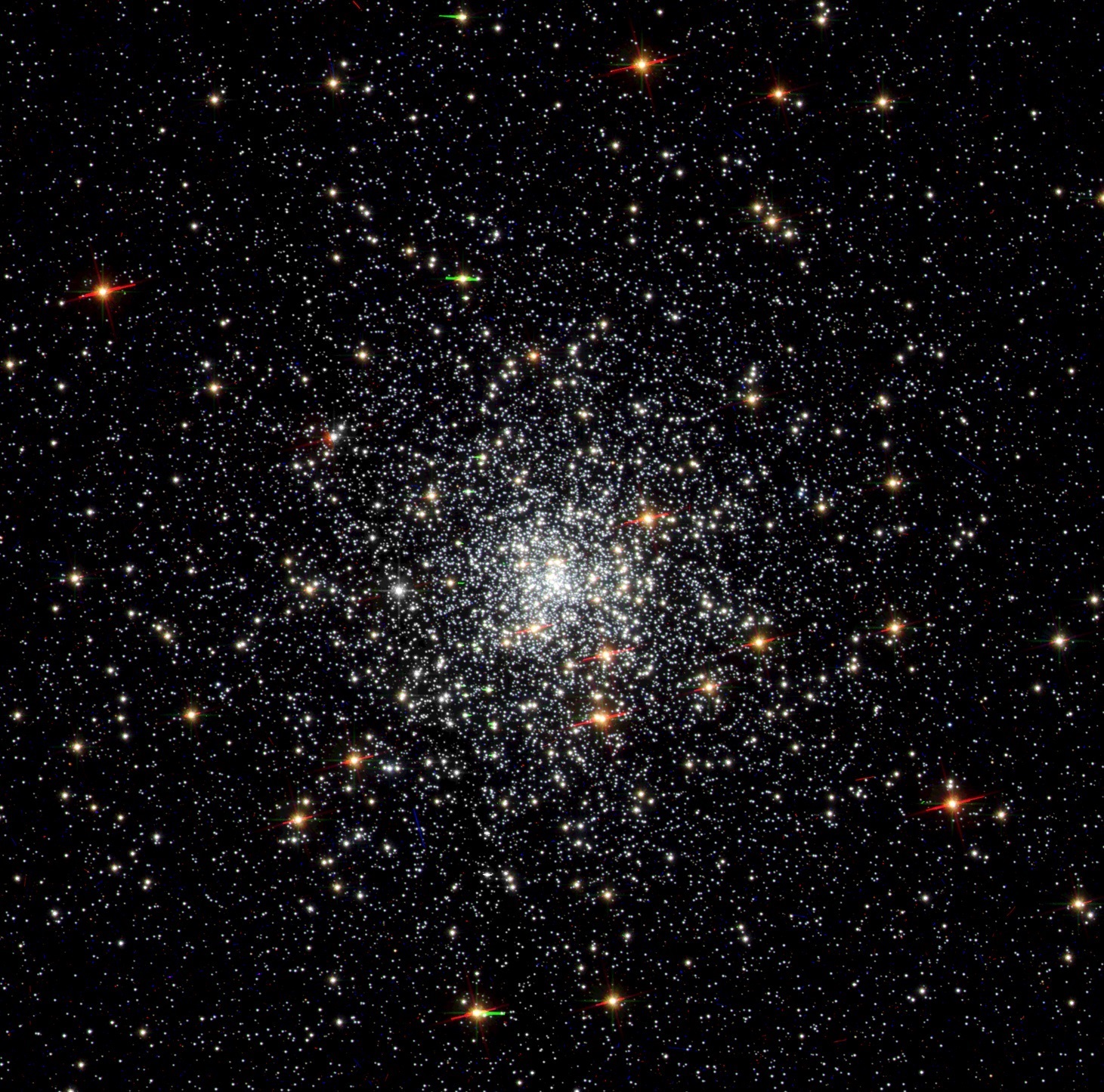 An international team of astronomers led The University of Manchester have found evidence of a new ‘missing-link’ black hole in the Milky Way galaxy, hidden in the Sagittarius constellation.

The black hole is located approximately 26,000 light years, or 7.9 Kiloparsecs (kpc), from Earth in a globular cluster called, NGC 6624. A globular cluster is a gravitationally bound swarm of millions of old stars occupying regions that are just a few light years across.

The team, led by Benetge Perera, have found evidence that the millisecond pulsar (PSR B1820-30A) – a pulsar is highly magnetized, rapidly rotating neutron star that emits a beam of electromagnetic radiation – in NGC 6624 is most likely orbiting around an intermediate-mass black hole (IMBH) located at the cluster’s centre. The mass of black hole is so big, it is the equivalent to weight of 7,500 of our suns.

PSR B1820 30A is the closest-known pulsar to the centre of any globular cluster and it is the first pulsar to be found orbiting a black hole. The detection of IMBHs is extremely important as they can help astronomers understand the ‘missing link’ between stellar mass black holes (SMBH), the smallest kind, and supermassive black holes (SMBH), which are the largest.

Dr Perera, from the Jodrell Bank Centre for Astrophysics in the University’s School of Physics and Astronomy, explains: ‘High stellar densities towards the centre of globular clusters provide a likely environment for the formation of massive black holes. The detection of IMBHs is important for understanding the missing link between the different kinds of black holes.

‘It is generally thought that they could be formed by the direct collapse of very massive primordial stars or successive mergers of stellar-mass black holes and runaway collisions in dense young star clusters.’

The pulsar was discovered using the Lovell Telescope, based at Jodrell Bank, in 1990. Since then the team has analysed more than 25 years of observations from PSR B1820- 30A made with the telescope. In addition to Jodrell Bank, the analysis included data obtained using the Nançay Radio Telescope in France.

Professor Andrew Lyne, also from the School of Physics and Astronomy, explains the importance of discovering such pulsars: ‘Pulsars like PSR B1820 30A act as fantastically accurate clocks and allow us to determine precisely their distance from the Earth in the same way that global positioning satellites work. The pulsar is therefore very sensitive to any motion arising from the gravity of other nearby massive objects, such as black holes, making it easier for us to detect them.’

Dr Perera added: ‘We have determined the orbital parameters and the companion mass of PSR B1820-30A from the motion measured through pulsar timing. Simply put, this means our results are consistent with the pulsar being in orbit around a central intermediate-mass black hole.

‘This discovery provides important input to our understanding of how intermediate-mass black holes and the clusters themselves form and evolve.’