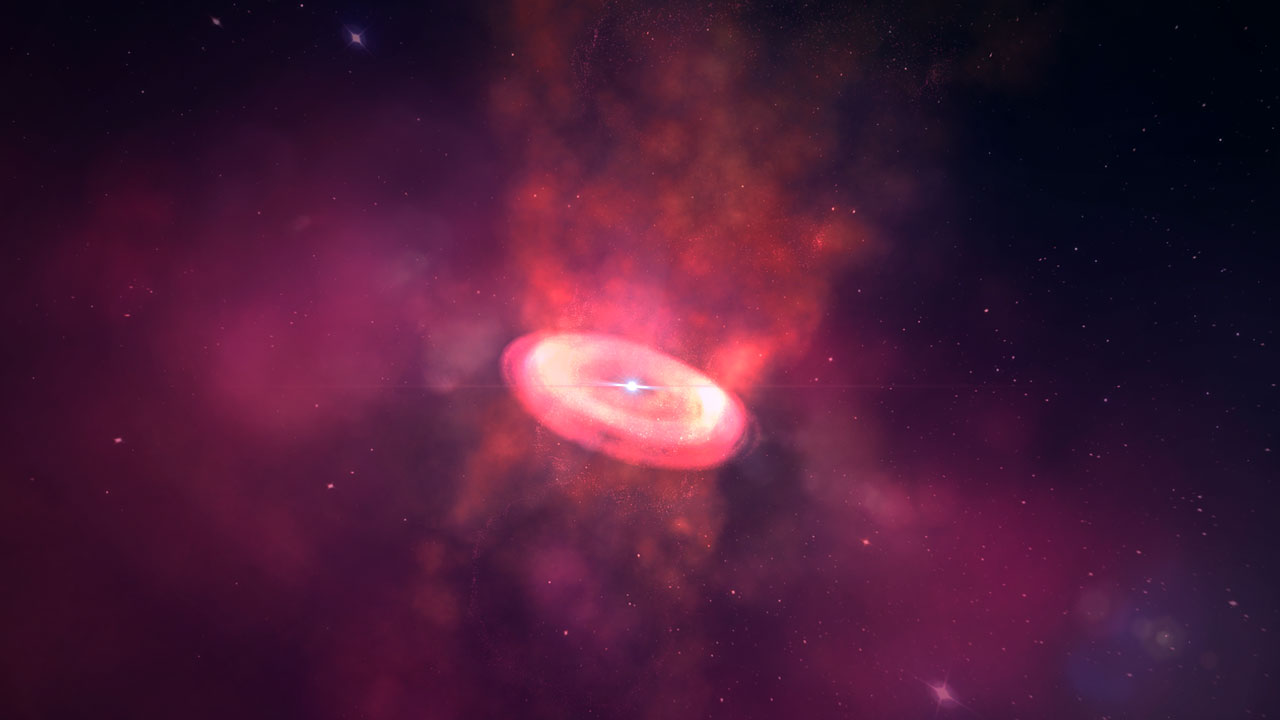 Artist impression of the whirlwind being liftet up from the protoplanetary disk around the approximately 100,000 year old protostar, TMC1A. (Image: Per Bjerkeli/David Lamm/BOID)

ASTRONOMY: Researchers from the Niels Bohr Institute have used the ALMA telescopes to observe the early stages in the formation of a new solar system. For the first time they have seen how a powerful whirlwind shoot out from the rotating disc of gas and dust surrounding the young star. The results have been published in the prestigious scientific journal, Nature.

A new solar system is formed in a large cloud of gas and dust that contracts and condenses due to the force of gravity and eventually becomes so compact that the centre collapses into a ball of gas where the pressure heats the material, resulting in a glowing globe of gas, a star. The remains of the gas and dust cloud rotate around the newly formed star in disc where the material starts to accumulate and form larger and larger clumps, which finally become planets.

In connection with the newly formed stars, called protostars, researchers have observed powerful emanations of whirlwinds and outflows, so-called jets. But before now, no one had observed how these winds are formed.

“Using the ALMA telescopes, we have observed a protostar at a very early stage. We see how the wind, like a tornado, lifts material and gas up from the rotary disc, which is in the process of forming a new solar system,” explains Per Bjerkeli, a postdoc in Astrophysics and Planetary Science at the Niels Bohr Institute at the University of Copenhagen and Chalmers University of Technology in Sweden.

The ALMA Observatory (Atacama Large Millimeter/submillimetre Array) consists of 66 telescopes that observe with a resolution equivalent to a mirror with a diameter of up to16 km. The observed protostar is located 450 light years away. This is equivalent to 30 million times the distance between the Earth and the Sun. At this distance, the researchers have now observed details about protostars never seen before. 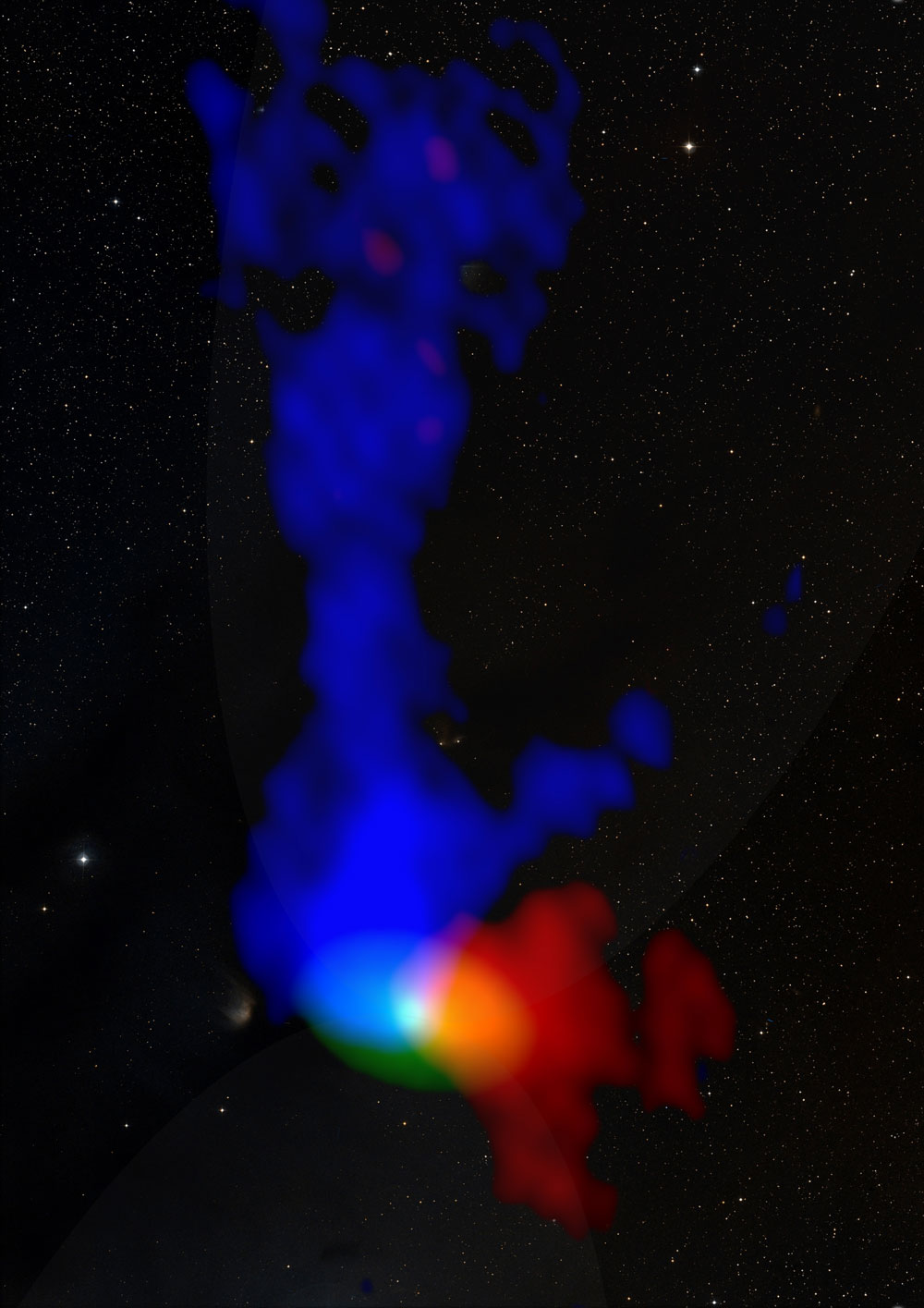 ALMA observations of a young protostar about 450 light years away. Using these images, astronomers from the Niels Bohr Institute have for the first time been able to study how a whirlwind is lifted from a rotating disk of dust and gas surrounding the young star. Blue colour indicates gas that is moving towards us while the red colour indicates gas moving away from us. (Image: P. Bjerkeli et al./ESASky/ESAC, Spain)

“During the contraction of the gas cloud, the material begins to rotate faster and faster just like a figure skater doing a pirouette spins faster by pulling their arms close to their body. In order slow down the rotation, the energy must be carried away. This happens when the new star emits wind. The wind is formed in the disc around the protostar and thus rotates together with it. When this rotating wind moves away from the protostar, it thus takes part of the rotational energy with it and the dust and gas close to the star can continue to contract,” explains Per Bjerkeli.

Previously, we thought that the rotating wind originated from inside the centre of the rotating disc of gas and dust, but the new observations indicate otherwise.

“We can see that the rotating wind formed across the entire disc. Like a tornado, it lifts material up from the gas and dust cloud and at some point the wind releases its hold on the cloud, so that the material floats freely. This has the effect that the rotation speed of the cloud is slowed and thus the new star can hold together and in the process the material in the rotating gas and dust disc accumulates and forms planets,” explains Jes Jørgensen, Associate Professor in Astrophysics and Planetary Science at the Niels Bohr Institute and the Centre for Star and Planet Formation at the University of Copenhagen.

The next thing the researchers want to find out is whether the released material is completely blown away or whether it falls back onto the disc at some point and becomes part of the planet-forming system.

Link to the article in Nature >>