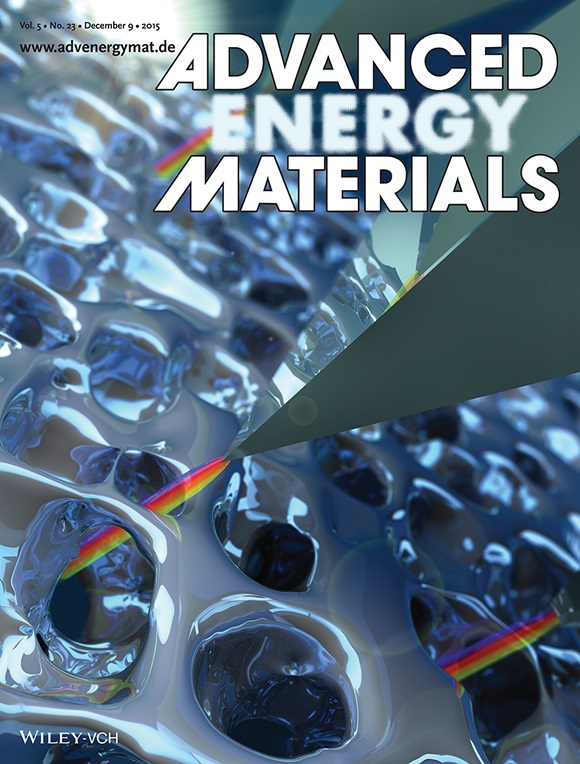 Theory indicates that current solar cell technologies should able to convert solar energy to electrical energy with at least 30 percent efficiency, but the actual efficiencies of current cells is only around 20 percent. Thus solar panels produce one third less power than the theoretical maximum of these devices.

“With the new imaging technique our team has developed, academic and industry researchers will be able to diagnose where solar cells lose efficiency and close the gap between theory and the actual efficiencies experienced by consumers who install solar panels on their homes and businesses,” said University of Maryland (UMD) Assistant Professor Marina Leite,  in the UMD Institute for Research in Electronics and Applied Physics  (IREAP) and the department of materials science & engineering in the
A. James Clark School of Engineering.

The new, ambient temperature imaging technique presented by Leite and her team [Tennyson, et al] is a variation of illuminated Kelvin Probe Force Microscopy, which is a non-contact, non-destructive imaging technique used to determine the composition and electronic state of a surface. Traditionally, this technique uses a laser diode to scan the surface of a solid and measure the potential difference between the tip of the probe and the surface of that material. Tennyson, et al.  takes this conventional imaging method further to demonstrate a “direct correlation between Kelvin Probe Force Microscopy measurements (light- minus dark-KPFM) and the open-circuit voltage of photovoltaic devices through the measurement of the quasi-Fermi level splitting”. This indirect measurement allows the UMD-led team to observe precisely [at nanoscale resolution] where the open-circuit voltage is changing.

The researchers say that previous imaging techniques for determining solar cell efficiencies had to be performed under vacuum at very cold temperatures (-333 Fahrenheit or 70 Kelvin). Their new technique fills an important gap in the literature surrounding solar cell efficiencies, providing a “straightforward, universal, and accurate method to measure the open-circuit voltage... with high spatial resolution,” they say.

The findings of Leite and her team are published in, and featured on the cover of, the December 9 issue of Advanced Energy Materials. “Nano-imaging of open-circuit voltage in photovoltaic devices,” Elizabeth Tennyson and Marina Leite*,  IREAP and department of materials science & engineering, UMD; Joseph Garrett, IREAP and department of physics, UMD ; Jesse Frantz, Jason Myers, and Jasbinder S. Sanghera,  U. S. Naval Research Laboratory; Robel Bekele, University Research Foundation; and Jeremy Munday, department of electrical and computer engineering and IREAP, UMD.   [*Corresponding author]