Researchers have created a new type of solar cell that replaces silicon with a crystal called perovskite. 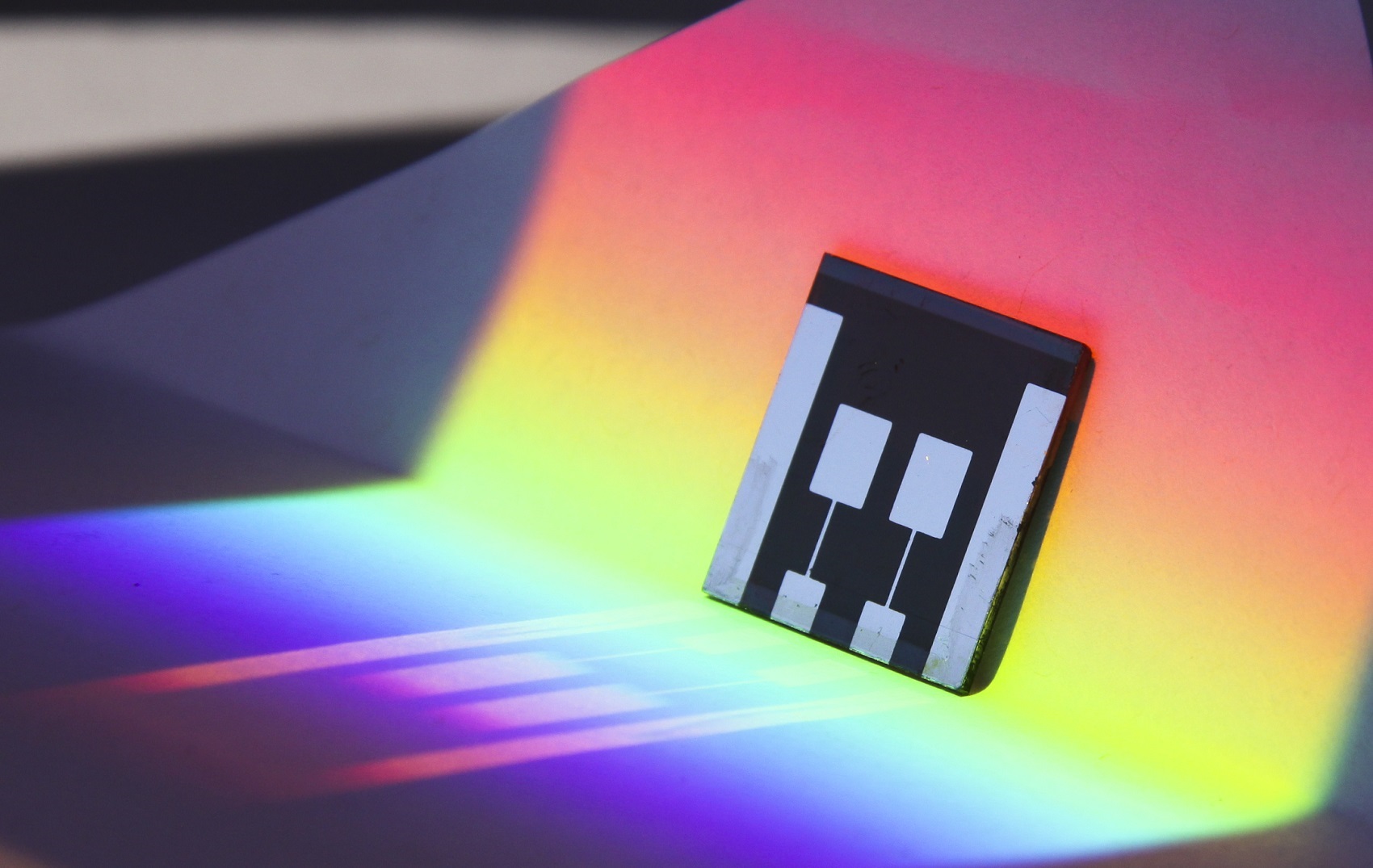 Researchers have created a new type of solar cell that replaces silicon with a crystal called perovskite. This design converts sunlight to electricity at efficiencies similar to current technology but at much lower cost.

A new design for solar cells that uses inexpensive, commonly available materials could rival and even outperform conventional cells made of silicon.

Writing in the Oct. 21 edition ofScience, researchers from Stanford and Oxford describe using tin and other abundant elements to create novel forms of perovskite – a photovoltaic crystalline material that’s thinner, more flexible and easier to manufacture than silicon crystals.

“Perovskite semiconductors have shown great promise for making high-efficiency solar cells at low cost,” said study co-author Michael McGehee, a professor of materials science and engineering at Stanford. “We have designed a robust, all-perovskite device that converts sunlight into electricity with an efficiency of 20.3 percent, a rate comparable to silicon solar cells on the market today.”

The new device consists of two perovskite solar cells stacked in tandem. Each cell is printed on glass, but the same technology could be used to print the cells on plastic, McGehee added.

“The all-perovskite tandem cells we have demonstrated clearly outline a roadmap for thin-film solar cells to deliver over 30 percent efficiency,” said co-author Henry Snaith, a professor of physics at Oxford. “This is just the beginning.” 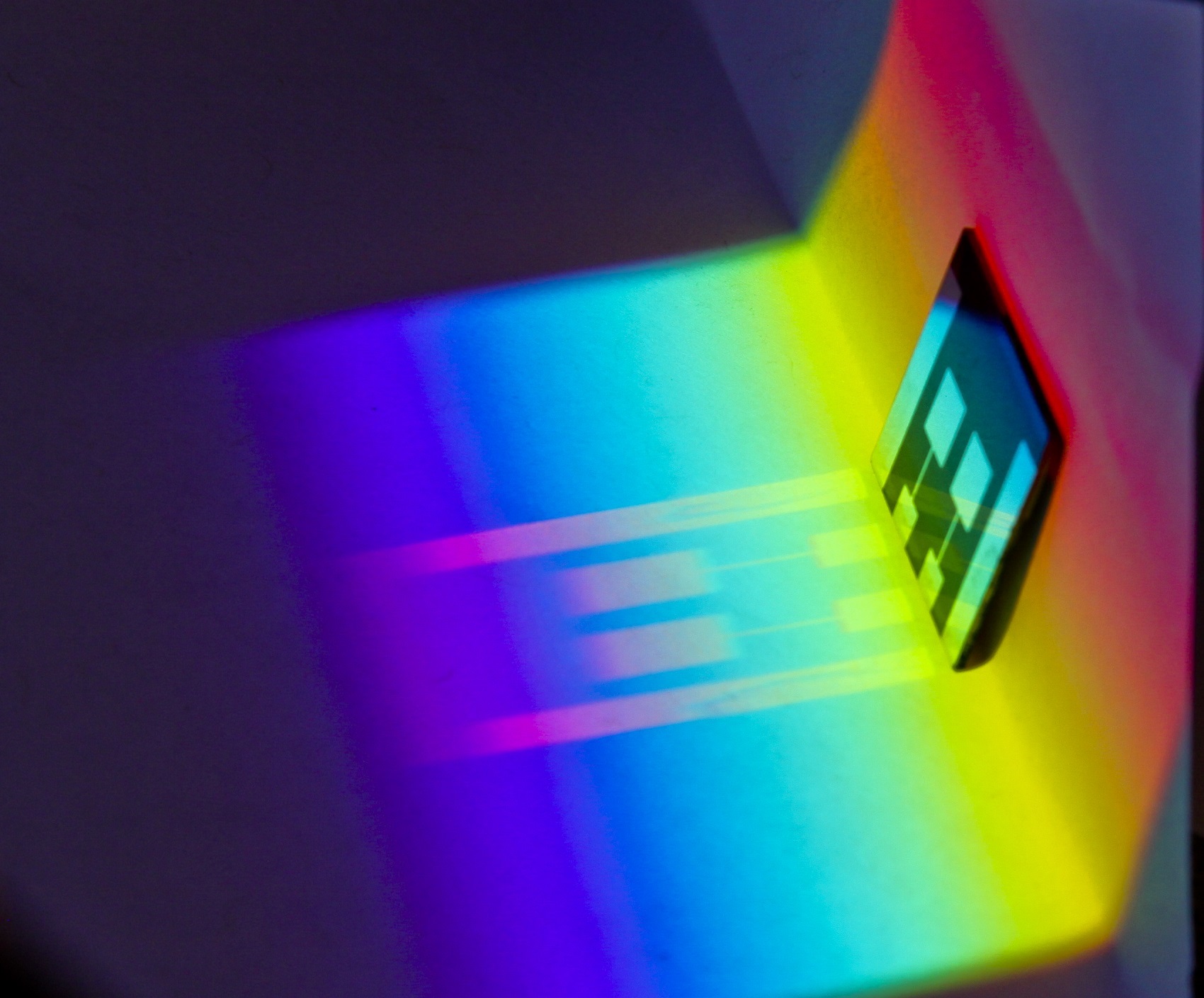 Previous studies showed that adding a layer of perovskite can improve the efficiency of silicon solar cells. But a tandem device consisting of two all-perovskite cells would be cheaper and less energy-intensive to build, the authors said.

“A silicon solar panel begins by converting silica rock into silicon crystals through a process that involves temperatures above 3,000 degrees Fahrenheit (1,600 degrees Celsius),” said co-lead author Tomas Leijtens, a postdoctoral scholar at Stanford. “Perovskite cells can be processed in a laboratory from common materials like lead, tin and bromine, then printed on glass at room temperature.”

But building an all-perovskite tandem device has been a difficult challenge. The main problem is creating stable perovskite materials capable of capturing enough energy from the sun to produce a decent voltage.

A typical perovskite cell harvests photons from the visible part of the solar spectrum. Higher-energy photons can cause electrons in the perovskite crystal to jump across an “energy gap” and create an electric current.

A solar cell with a small energy gap can absorb most photons but produces a very low voltage. A cell with a larger energy gap generates a higher voltage, but lower-energy photons pass right through it.

The smaller gap has proven to be the bigger challenge for scientists. Working together, Eperon and Leijtens used a unique combination of tin, lead, cesium, iodine and organic materials to create an efficient cell with a small energy gap.

“We developed a novel perovskite that absorbs lower-energy infrared light and delivers a 14.8 percent conversion efficiency,” Eperon said. “We then combined it with a perovskite cell composed of similar materials but with a larger energy gap.”

The result: A tandem device consisting of two perovskite cells with a combined efficiency of 20.3 percent.

“There are thousands of possible compounds for perovskites,” Leijtens added, “but this one works very well, quite a bit better than anything before it.”

One concern with perovskites is stability. Rooftop solar panels made of silicon typically last 25 years or more. But some perovskites degrade quickly when exposed to moisture or light. In previous experiments, perovskites made with tin were found to be particularly unstable.

To assess stability, the research team subjected both experimental cells to temperatures of 212 degrees Fahrenheit (100 degrees Celsius) for four days.

“Crucially, we found that our cells exhibit excellent thermal and atmospheric stability, unprecedented for tin-based perovskites,” the authors wrote.

“The efficiency of our tandem device is already far in excess of the best tandem solar cells made with other low-cost semiconductors, such as organic small molecules and microcrystalline silicon,” McGehee said. “Those who see the potential realize that these results are amazing.”

The next step is to optimize the composition of the materials to absorb more light and generate an even higher current, Snaith said.

“The versatility of perovskites, the low cost of materials and manufacturing, now coupled with the potential to achieve very high efficiencies, will be transformative to the photovoltaic industry once manufacturability and acceptable stability are also proven,” he said.