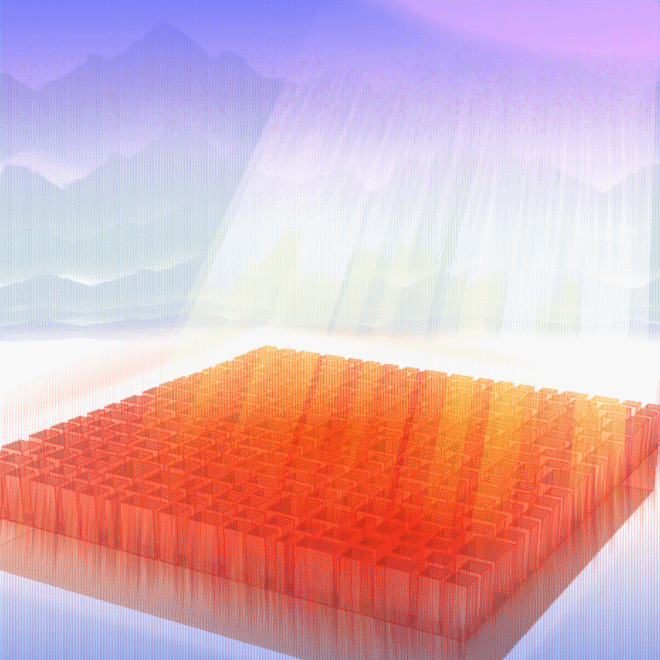 An international team of scientists, led by researchers from the Universities of York and St Andrews, has developed a new method to increase the efficiency of solar cells.

The new method builds on research into a class of materials known as quasi-crystals, which offer advantages in terms of the spectrum of light they are able to capture. However, the problem with these structures is that their properties are difficult to tailor towards specific applications as they lack the design tools available with periodic structures such as regular gratings.

To solve this problem, the researchers created a new structure called a quasi-random structure, which combines the rich spatial frequencies associated with quasi-crystals with the high level of control afforded by periodic structures.

Corresponding author Emiliano Martins, from the School of Physics and Astronomy, University of St Andrews, said: “The control of propagating light is a crucial aspect in photonics. Here, we demonstrate that by a careful design of their Fourier spectra, quasi-random nanostructures can achieve such control very efficiently.”

Emiliano Martins developed the idea of the quasi-random structure with Dr Thomas F Krauss, an Anniversary Professor in the Department of Physics at the University of York.

Dr Krauss said: “Applying our nanophotonics design ideas to such an important area as solar cells is essential for improving the competitiveness of renewable energy generation.”

Calculations for the research into quasi-random cells were conducted by collaborators in China.

Corresponding author Dr Juntao Li, from the State Key Laboratory of Optoelectronic Materials and Technology, Sun Yat-sen University, China, said: “Other than solar cells, our design can also be used in many light trapping areas, like LED and DFB lasers.”

The article "Deterministic quasi-random nanostructures for photon control” will be published in Nature Communications at http://www.nature.com/naturecommunications. DOI: 10.1038/ncomms3665