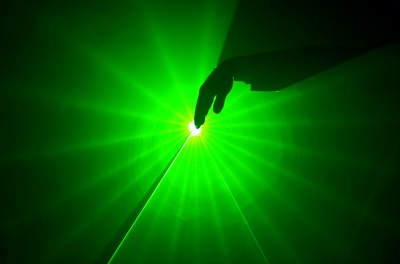 Image courtesy of [Pixomar] at FreeDigitalPhotos.net

A worldwide aging population brings with it both the prospect of a longer life expectancy and increasing health needs. In nearly every country around the world, the proportion of people aged over 60 is growing faster than any other age group [World Health Organization: Aging, accessed August 16, 2014]. As well as creating a higher increase in chronic diseases, such as cardiovascular disease and diabetes, this is also increasing rates of cancer and other illnesses. What’s more, as patients age, they are more likely to have two or more comorbidities, which can present challenges in treatment. As medicine has progressed, medical practitioners are turning to more sophisticated methods of treatment to meet the needs of an aging population. Lasers are being used more than ever to solve some of the health care challenges presented by an elderly patient population.

A fear of needles is something which affects millions of people around the globe, but when it comes to healthcare it can have devastating effects. Needle phobia, or trypanophobia, can affect up to 10 percent of the population [Needle phobia: a neglected diagnosis, accessed August 16, 2014]. Many of these will put their health at risk as a result of their fear of needles, from not going to the doctor or avoiding routine blood tests, to missing out on medical treatment which requires needles. For medical conditions such as diabetes or age-related macular degeneration, which requires frequent use of injections into the eye, the consequences can be devastating. In elderly people this fear can be debilitating and can cause anxiety, insomnia and even panic attacks [Depressive Disorder in Older Patients, accessed August 16, 2014]. As older people typically have a greater need for regular medical treatment, this fear of needles can be life threatening and can even cause early mortality. With this in mind, medical device manufacturers are increasingly developing needle-free solutions for many treatments, especially those required by the elderly.

Emerging US biotech company NoNeedles Venipuncture is developing a device that uses lasers instead of needles to collect blood samples [Laser Beam Technique Developed For Drawing Blood, accessed August 16, 2014]. This has obvious benefits for patients and health care providers, in terms of improving compliance by patients who require regular blood tests. The intention is to improve the quality of blood tests, as well as reducing the cost, revolutionizing the process to such an extent that the company believes the technique could be universally adopted. Speaking to florida.HIGH.TECH magazine, the company explained that the device uses a laser beam directed at the patient’s skin for “one quadrillionth of a second” [florida.HIGH.TECH, accessed August 16, 2014]. The laser makes an opening to the vein which can be used for withdrawing blood, before being fired again to seal the skin. The potential benefits of this technology can be used not only for those people with a fear of needles, but also for elderly and very young patients who may need to avoid needles, as well as those who have to face frequent blood tests, such as diabetics.

Earlier this year, Australian company Ellex Medical Lasers Limited (ASX: ELX), which specializes in medical technologies for the diagnosis and treatment of eye disease, announced that its non-thermal laser therapy, Retinal Rejuvenation Therapy (2RT), was available for roll out to key clinical sites in countries across Europe, Asia and South America [Retinal Rejuvenation, accessed August 16, 2014]. The patented 2RT technology can be used to treat many retinal diseases, including Early Age-Related Macular Degeneration (AMD), which is a leading cause of vision loss in the USA, and is predicted to affect more than five million Americans by 2050 [National Eye Institute: AMD, accessed August 16, 2014]. It is a disease associated with aging and most incidents of AMD are in people over 80.

The 2RT technology works by stimulating a biological healing response in the eye, without causing permanent collateral damage. It uses nanosecond pulses of low-energy lights to prompt cellular rejuvenation, without causing heat to escape beyond the RPE cell walls. As there are no other approved treatments for early AMD, most patients have to wait until they have a late-stage disease, wet AMD. Ellex chief executive Tom Spurling said: “Unlike current treatments, which only target the late-stage complications associated with AMD, with 2RT we aim to treat the disease before complications set in.”

With such a huge market for AMD, which will only grow as the global population ages, Ellex is leading the way with developing laser technology for diseases affecting elderly people. As more companies wake up to the commercial opportunities afforded by the health care needs of elderly people, laser technology will no doubt have a wide role to play in the future of medicine.