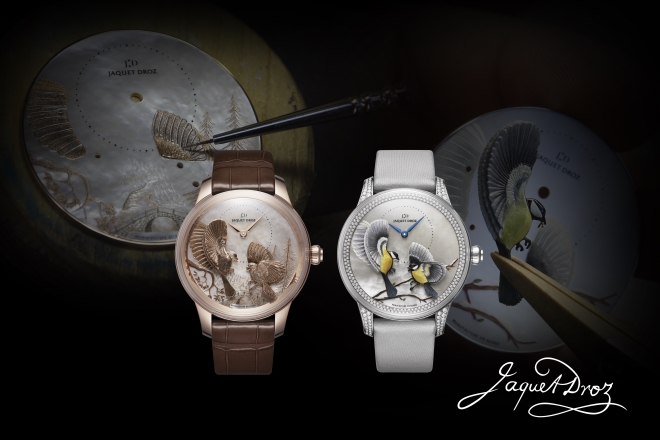 In an expert blend of mastered skill by the Jaquet Droz craftsmen, the Petite Heure Minute Relief Seasons offers a new aesthetically-pleasing performance while reinventing tradition.

The magnificence of birds, and especially the blue songbirds of his native Swiss Jura, has always captivated Pierre Jaquet-Droz. From the beginning, the watchmaker from La Chaux-de-Fonds has paid tribute to the fascinating and graceful crystalline song of these creatures using the most advanced techniques of the age to render the beauty of the plumage, the density of the colors, and the mysterious depth of their gaze. 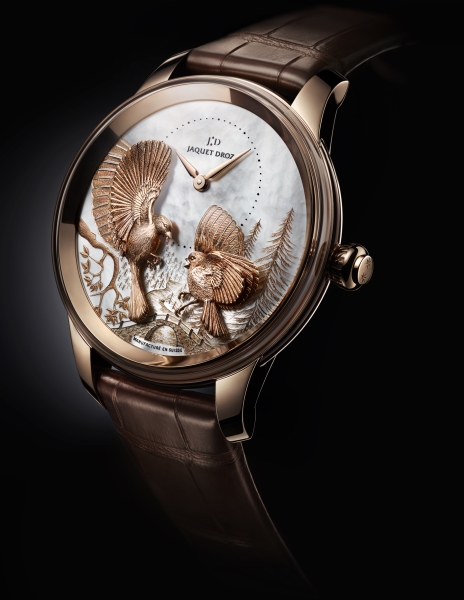 For over 3 centuries, artistic crafts have been central to Jaquet Droz’s creative magic. Far from being merely ornamental, they personify the very spirit of the brand.  More faithful than ever to this artistic world, the craftsmen of the Jaquet Droz Ateliers d’Art have once more surpassed themselves to create the Petite Heure Minute Relief Seasons, a timepiece that celebrates the enchantment of birds. Delicately positioned on either side of the dial, two blue songbirds spread their wings. Are they about to land? Or take to the air?

All the mystery of this scene resides in meticulously ordered craftsmanship: a dial is fashioned in hand-engraved mother-of-pearl, the birds are sculpted and engraved in gold before being applied to the dial and finally, the birds and the dial are painted– a miniature trompe-l’œil which comes to life in the hands of the brand’s craftsmen. From the curve of the wings to the size of the bodies, from the swell of the throat to the subtle association of the yellow and blue feathers, nothing has been omitted to make this truly three-dimensional masterpiece, saluting the beauty of nature and the freedom of these fascinating birds. The domed sapphire glass reinforces the optical illusion of the scene. When worn, it’s as if the whole of Nature is about to come to life, a reminder that the finest expression of life can be read in the passing of time. 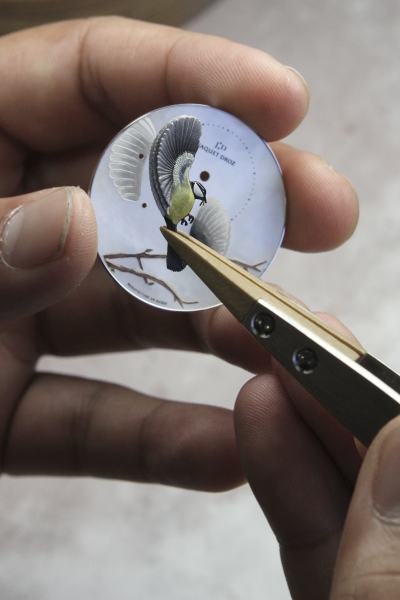 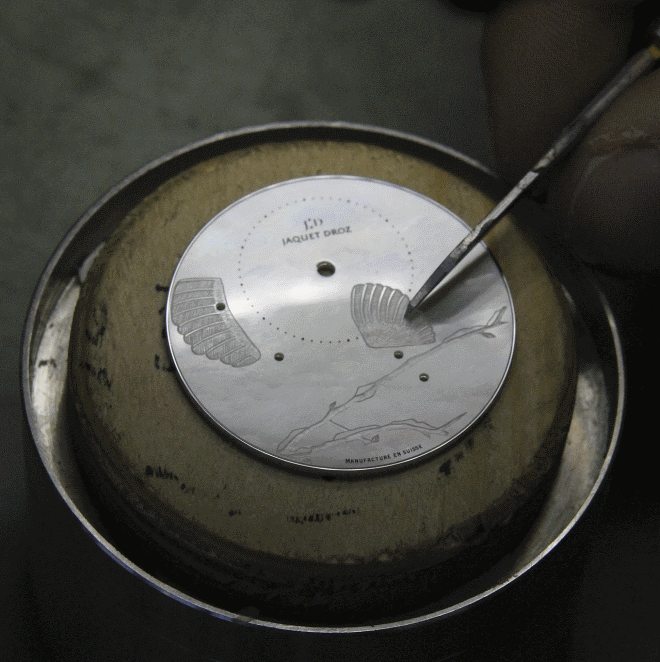 A fusion of the most talented craftsmanship on a background of mother-of-pearl and gold, the model comes in two versions: one version for fall in red gold enhanced by warm colors and a winter version in diamond-set white gold dominated by colder tones, each available in a limited edition of 88. And for the brand’s admirers, spring and summer will not be far behind to wrap up this magnificent opus. 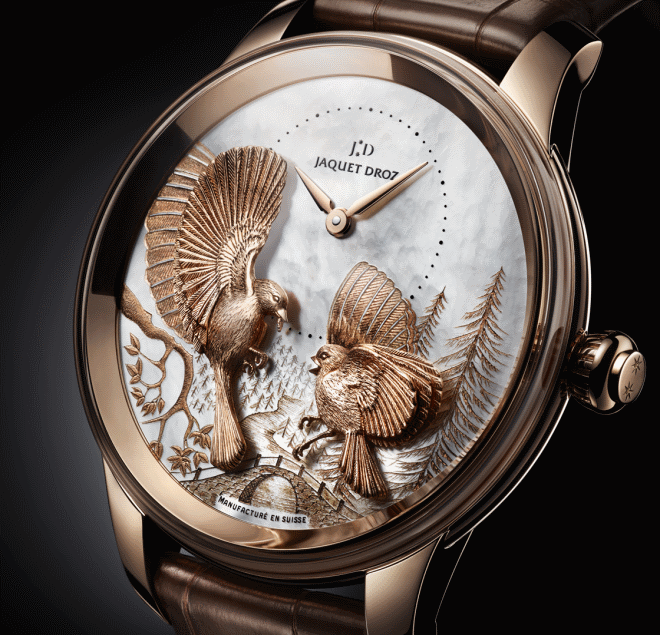 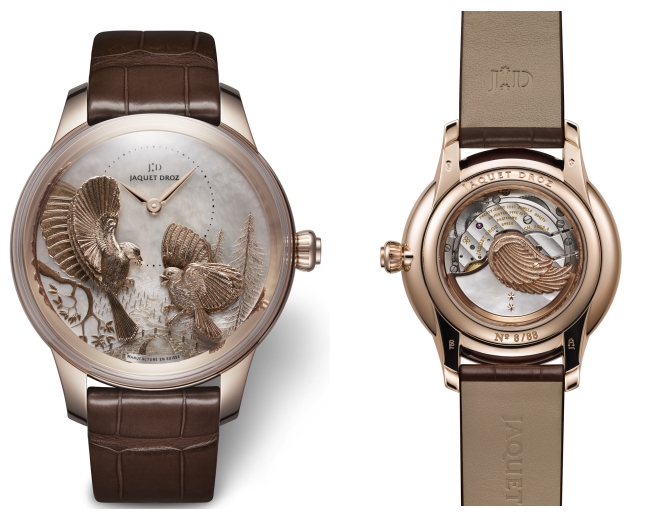