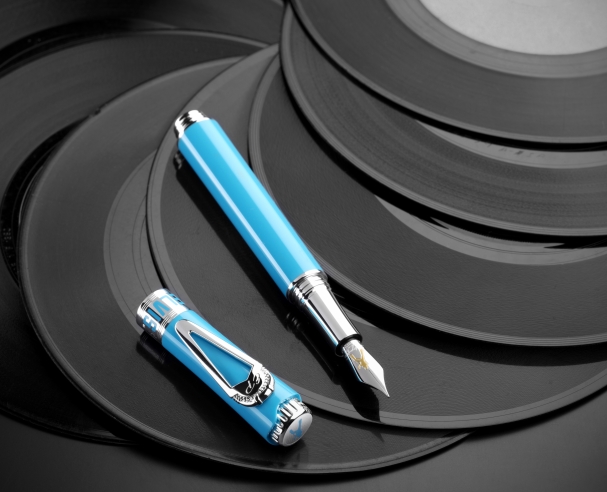 Montegrappa, Italy’s most revered manufacturer of fine writing implements, will inaugurate its second century with a series of Elvis Presley pens, licensed by Elvis Presley Enterprises. The pens will be featured in Montegrappa’s popular “Icons” series, which pays tribute to globally-recognized individuals who have achieved greatness in a variety of fields, including music, movies and sports. Previously-released pens in the “Icons” series have honored Muhammad Ali, Bruce Lee and Frank Sinatra.

In 2013, Montegrappa will be celebrating the life of the universally-admired performer with its “Icons Tribute To Elvis Presley,” in honor of Elvis, who transformed popular music at the midpoint of the 20th century and became one of the most important figures in the history of recorded music. 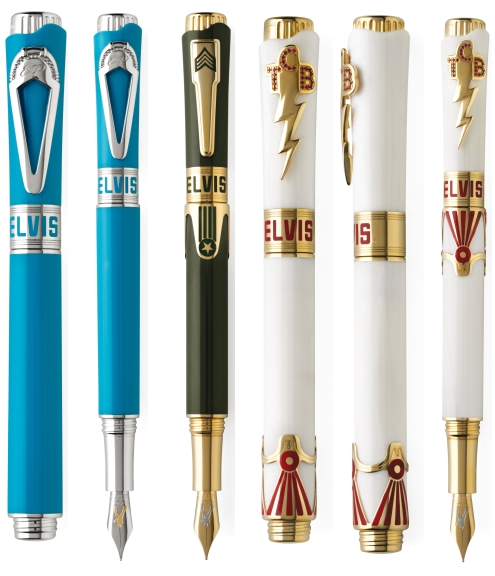 Four models will represent important phases in Elvis’ career from 1954 to 1977. The number “4” recalls the legendary “Million Dollar Quartet” of Elvis, Johnny Cash, Carl Perkins and Jerry Lee Lewis, the pioneering Sun Records artists who met for one occasion only, and the date on which it occurred, December 4th, 1956.

Each pen possesses a resin body in a color suggestive of the each era, with silver accents also representative of the period. The fountain pen nibs are engraved with the full-height profile of Elvis at the microphone. Other details unique to each pen and the packaging also denote the specific stage of Elvis’ career, and is accompanied by a CD of Elvis’ Greatest Hits. 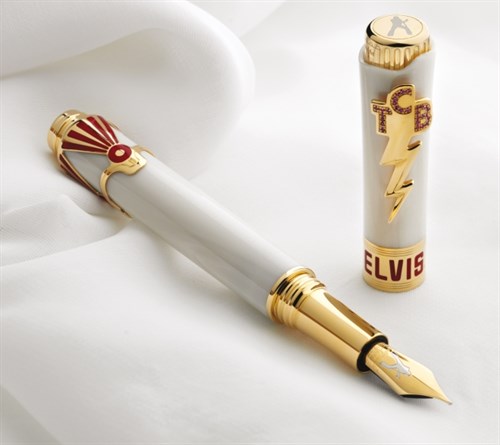 Aqua was selected to represent the 1950s, a hue that would have been found on two-tone automobiles and early electric guitars. Its pocket clip recalls a period jukebox. As 1956 was the year that Elvis “hit the big time,” Montegrappa will release 500 fountain pens, 500 roller balls and 956 ballpoint pens. For the gold edition, there will be seven of each type – fountain pen, roller ball and ballpoint – equaling 21, his age in 1956.

Green is the color that marks 1958, the year Elvis was drafted into the US Army. Reminiscent of the period when Elvis was in uniform, the pen features a pocket clip with the stripes to show his rank of sergeant. For this model, Montegrappa has prepared 500 fountain pens, 500 roller balls and 958 ballpoint pens. The gold edition will be issued as 11 fountain pens, 11 rollerballs and 11 ballpoint pens, the tally of 33 equaling the number of films he made: 31 features and two live documentaries. 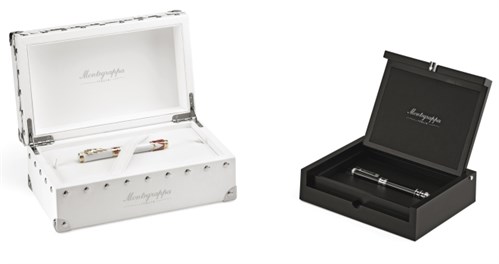 Black represents 1968 - the year of Elvis' “comeback special,” in which he wore his famous black leather outfit. The pocket clip represents the zipper on the jacket, while the decorations at the bottom of the barrel were inspired by other details of Elvis’ black leather attire. For this model, Montegrappa will issue 500 fountain pens, 500 roller balls and 968 ballpoint pens. The gold version will be offered as 11 fountain pens, 11 rollerballs and 11 ballpoint pens for a the total of 33, his age in 1968.

White was selected for the ultimate model in the quartet, representing 1973 – the year of the ground-breaking “Aloha From Hawaii” broadcast, transmitted live via satellite on January 14, 1973 and seen by an estimated one billion people. This period was also noted for Elvis’ Las Vegas appearances, and his signature jumpsuits with gem-stone accents. The pen is set with stones on the cap's band, and the pocket clip recalls Elvis’ message to his closely-knit band of friends: “TCB,” for “Taking Care of Business.” Montegrappa will produce 500 fountain pens, 500 roller balls and 973 ballpoint pens of this edition. The gold version will be released as 14 fountain pens, 14 rollerballs and 14 ballpoint pens, totaling 42 in honor of his age when he passed away in 1977. 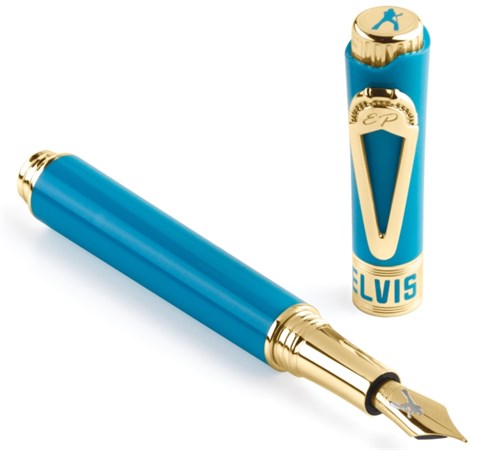 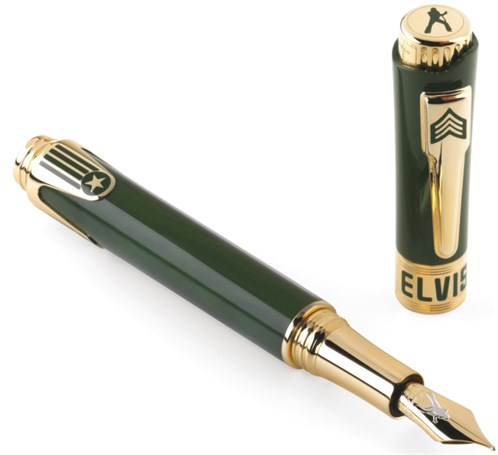 Since 1912, Montegrappa has been manufacturing high-quality writing instruments in the same historic building in Bassano del Grappa, North East Italy. 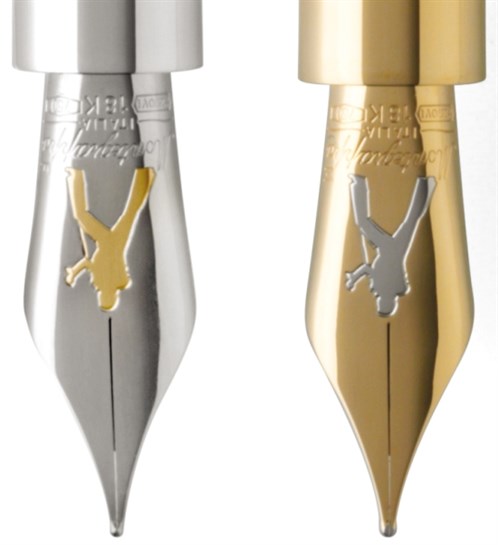 Elvis Presley Enterprises, Inc. (EPE), a division of CORE Media Group, Inc., is based in Memphis, with additional offices in Los Angeles. In addition to Graceland and its related attractions in Memphis, including the Heartbreak Hotel, EPE is aggressively involved in a worldwide licensing program, merchandising, music publishing, and television, film, video and Internet projects. For more information on EPE and Graceland, visit www.elvis.com.