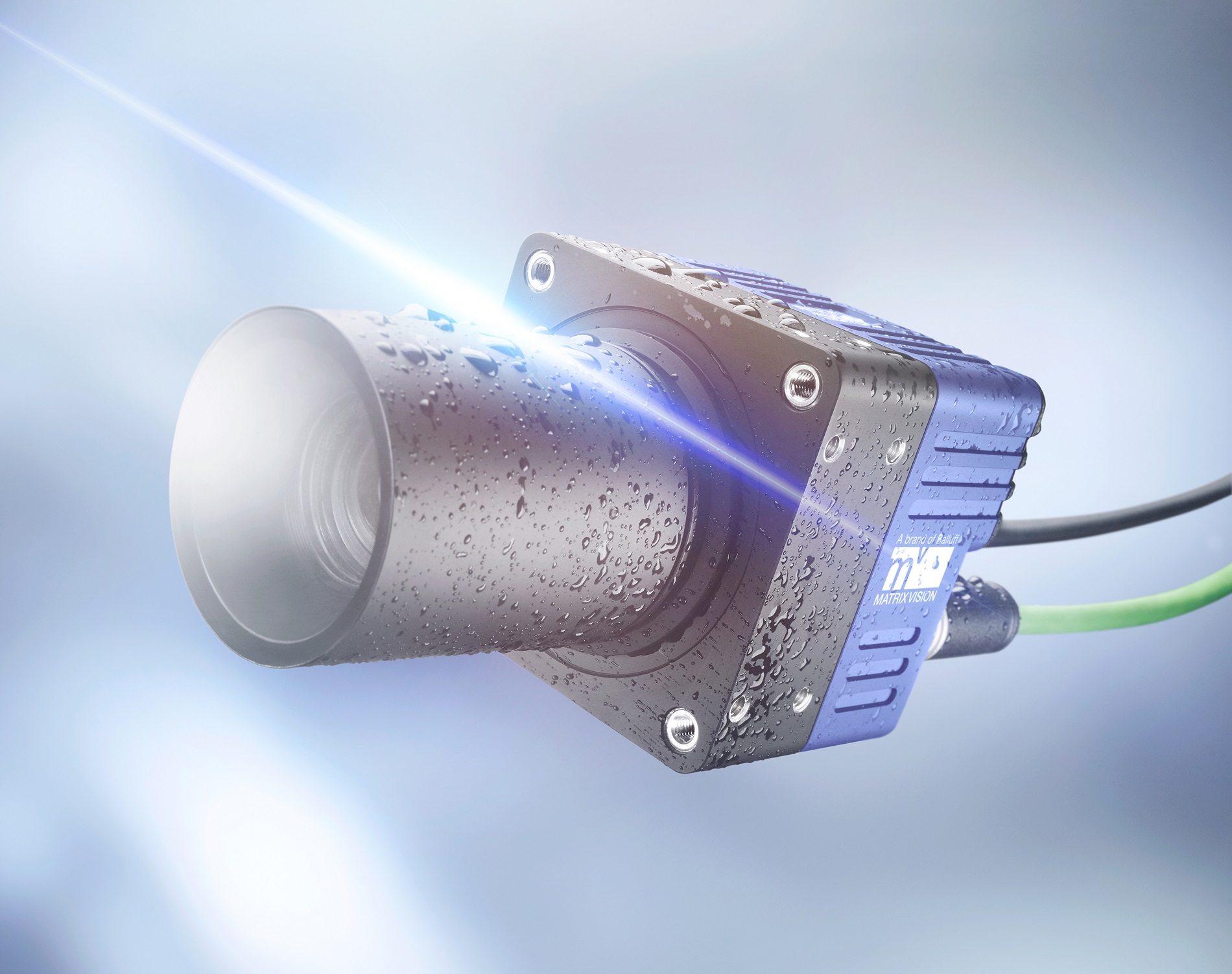 The trend continues: many applications in the industrial environment now demand an increasingly higher resolution combined with high frame rates. With the new mvBlueCOUGAR-XT, MATRIX VISION is providing a camera series tailored specifically to these requirements.

A particularly high net data rate of 1245 MB/s is achieved with the standard 10GigE interface of the mvBlueCOUGAR-XT. The integrated frame buffer of 2048 MB guarantees the reliable transmission of data, which is a decisive factor for high-speed applications. In addition to a high bandwidth, standardization and widespread availability of the usual Gigabit Ethernet components mean there are cost benefits to be enjoyed with this interface. Thanks to Power over Ethernet (PoE+), it is possible to supply the camera with power via the Ethernet cable. Furthermore, the Precision Time Protocol (PTP) according to IEEE1588 means the camera can be controlled by software, while accurate synchronization is guaranteed when several cameras are being operated at the same time. As a result, there is less expense incurred when it comes to hardware and commissioning. With multicast operation, the camera can be used to transmit the images to several computers, meaning there is a parallel processing of the data.

A variety of multipurpose I/Os can be used to easily control accessories such as motorized camera lenses, lighting or control units via the camera. This, in turn, reduces the number of system components required.

The camera series opens up the use of modern image sensor technology, as seen in the Pregius S Gen4 CMOS family from Sony. Global shutter technology with backside illumination has the electronics located on the back of the sensor and does not further limit the photosensitive area. As a result, the Gen4 sensors achieve a better image with a pixel size of only 2.74 µm.

Use in the industrial environment

Thanks to the compact IP67 housing, as well as industrial plug connections, the camera series is designed for use in harsh environments. In order to guarantee this level of protection for the camera lenses also, MATRIX VISION has both protective tubes in various lengths, as well as the option of IP67 camera lenses for which no further protection is required.

The combination of high speed and resolution make the camera series ideal for applications in areas such as logistics, the packaging industry, measurement technology or even flat panel and wafer inspection in the electronics and semiconductor industry.