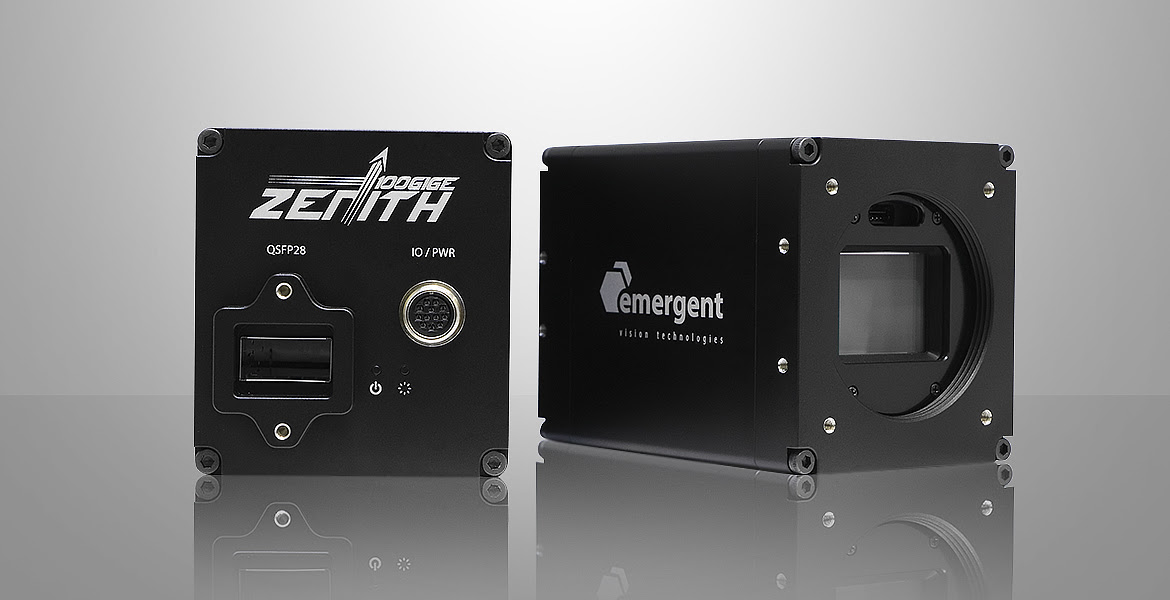 ​​​"Until recently, there were only one or two very high speed image sensor manufacturers where the data rates would exceed 25Gbps and, unfortunately, the image quality was poor”, says John Ilett, Founder and CEO of Emergent Vision Technologies. "The new Gpixel Gsprint series of sensors have changed all that and are providing in excess of 100Gbps data rates while providing very good image quality. Our exciting new Zenith 100GigE and Xtreme 50GigE camera series are there to capitalize on this new advancement in sensor technology and to further solidify our position as the market leader in ultra-high-speed Ethernet camera technology."