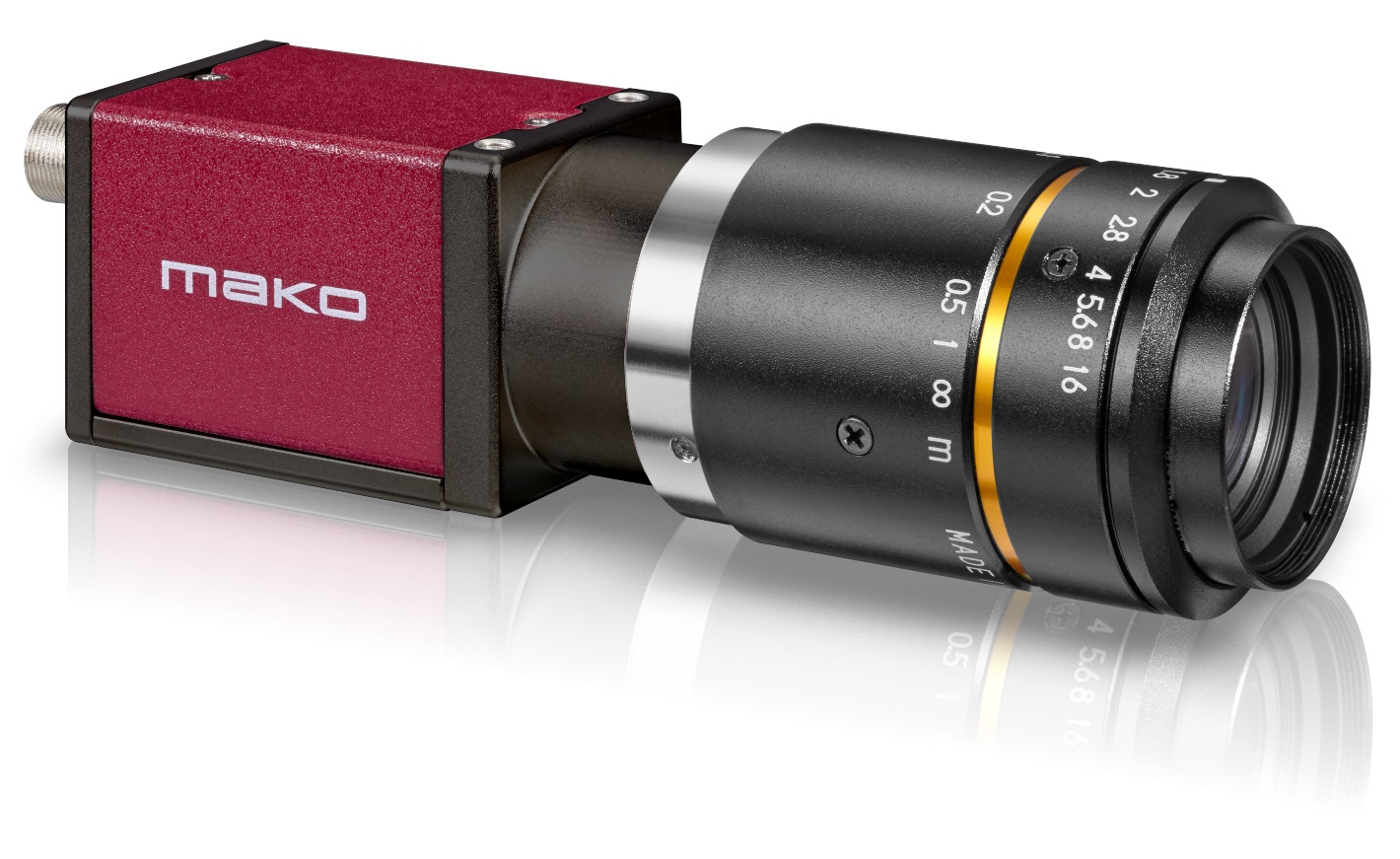 These cameras now offer a more comprehensive feature set, the latest Sony CMOS sensors, and support for popular C- and CS-Mount lenses in an ultra-compact housing (29 mm × 29mm). With the new features, the Mako G cameras are particularly suitable for use in multi-camera applications.

Synchronization and triggering of cameras in a multi-camera system
IEEE 1588 PTP enables precise synchronization of multiple cameras and devices within an Ethernet network. The device or camera with the master clock passes the time information to all subordinate clocks, which in turn adjust their time settings so that all devices are set to 2 microseconds exactly at the same time. This feature is often used for recording sports events or objects in motion in order to record them from different angles at the same time. Because all cameras capture an image synchronously at exactly the same moment, a clear 3D image of the situation or object can be displayed as a result.

Using Action Commands or the Trigger over Ethernet function, one or more cameras can be triggered simultaneously via the Ethernet connection. Combined with the Power-over-Ethernet function (PoE), a single cable is enough for powering the camera, triggering, camera control and transferring image data. No additional cable is required for triggering, which can reduce system costs and complexity. The ToE function is particularly useful for event-driven applications. If, for example, a ball passes the goal line or an object on the assembly line passes a control threshold, a trigger signal can be sent via Ethernet to the camera or, if necessary, several cameras.

Small size, big performance
In addition to the new features for the IMX sensor-based models, all Mako GigE cameras offer features such as:

Due to the small dimensions, their industrial design and comprehensive I/O functionality, the integration of the cameras into existing systems is usually very simple. The cameras are particularly suitable for use in compact and cost-sensitive systems where little space is available, for example in automated quality control or in multimedia applications. For the system integration of Mako GigE cameras, users can also use the free Vimba Software Development Kit from Allied Vision, which enables a high-performance software connection to the camera.