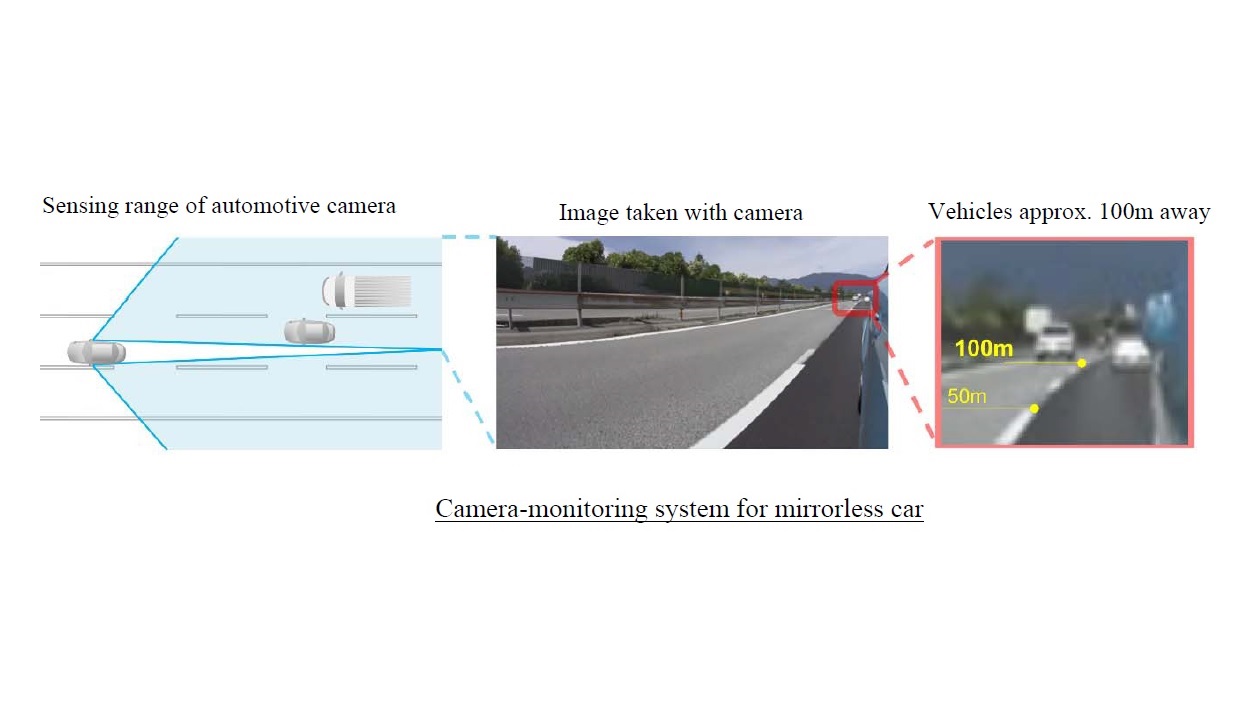 TOKYO, January 17, 2018 – Mitsubishi Electric Corporation (TOKYO: 6503) announced today that it has developed what is believed to be the industry’s highest performing automotive camera technology that detects various object types at distances of up to about 100 meters, which will enable drivers to receive advanced warning for enhanced driving safety in coming mirrorless cars. The solution, which is based on Mitsubishi Electric’s proprietary Maisart-brand artificial intelligence (AI) technology, is expected to help prevent accidents, especially when drivers change lanes. Mirrorless cars that replace rearview and side mirrors with camera-monitoring systems were approved for use in Europe and Japan in 2016, and the first commercial mirrorless cars are expected to be launched in Japan as early as next year.

1) Instantly detects distant objects up to about 100 meters away

- Compared to conventional camera-based systems, the proposed technology, which is believed to achieve the industry’s highest performance, can significantly extend the maximum distance of object detection from about 30 meters to 100 meters, and can also improve object detection accuracy from 14 percent to 81 percent.

- Mitsubishi Electric’s Maisart AI technology, which realizes compact AI for low-cost devices, can distinguish between object types such as pedestrians, cars and motorcycles.

- More robust performance for driving in bad weather, at night and on winding roads. 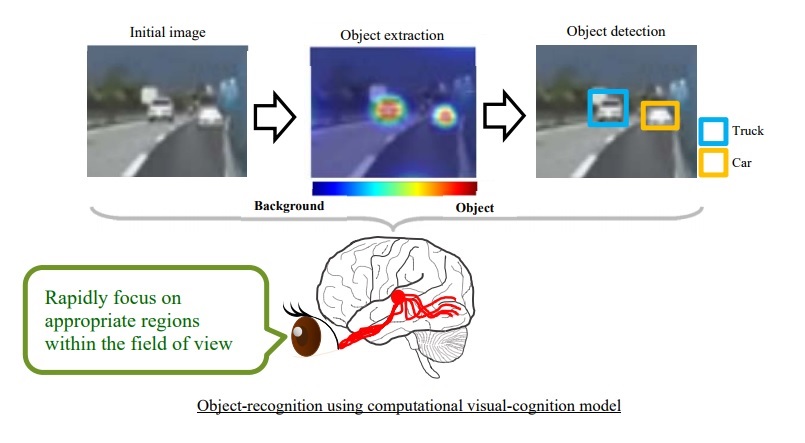 Background
Mirrorless cars that replace rearview and side mirrors with camera-monitoring systems were approved for use in Europe and Japan in 2016. The first commercial mirrorless cars are expected to be launched in Japan next year. Object-recognition systems will alert drivers to dangerous situations by detecting and identifying objects in live video captured with on-board cameras.