SUPERSOLID IN A NEW DIMENSION 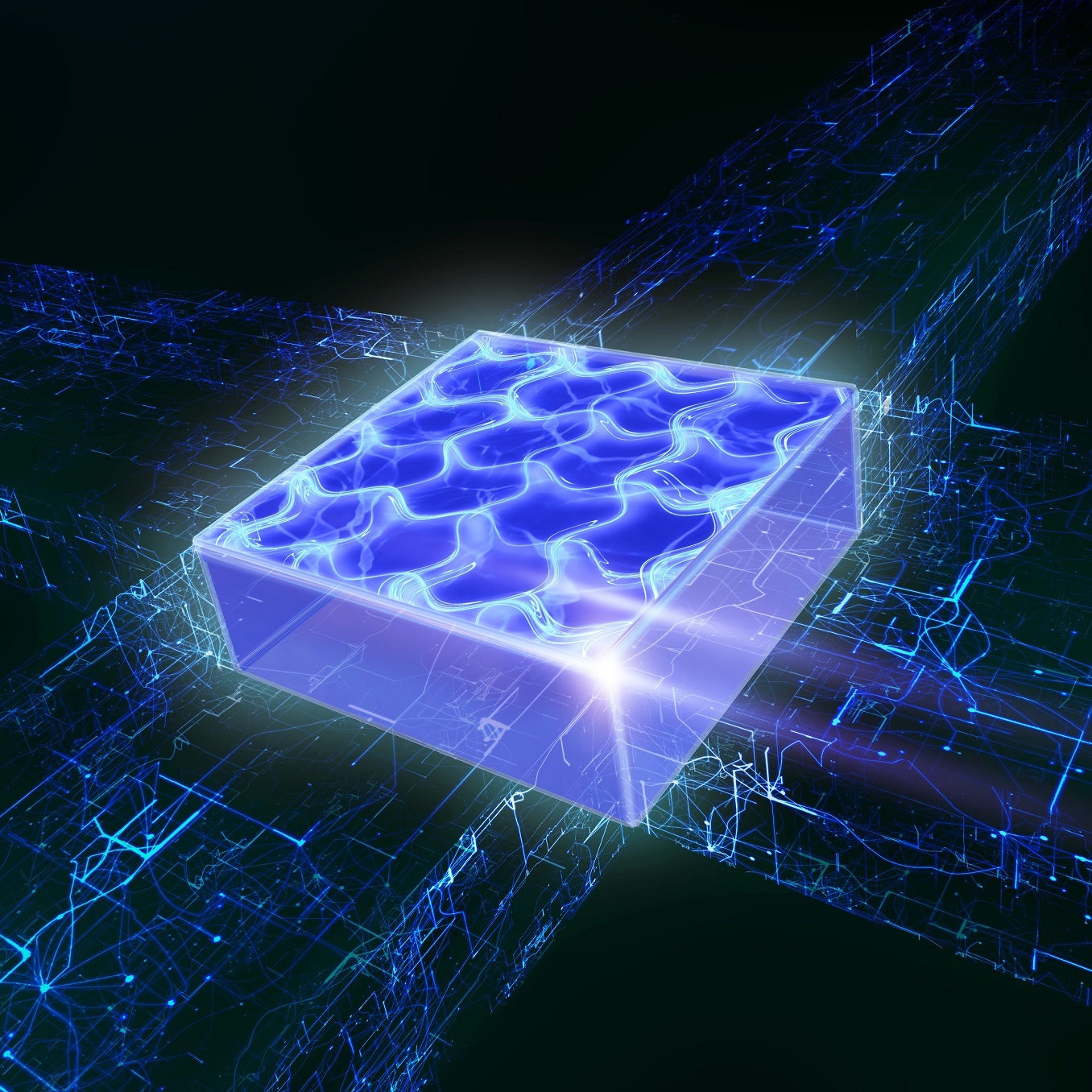 Quantum matter can be solid and fluid at the same time – a situation known as supersolidity. Researchers led by Francesca Ferlaino have now created for the first time this fascinating property along two dimensions. They now report in the journal Nature on the realization of supersolidity along two axes of an ultracold quantum gas. The experiment offers many possibilities for further investigation of this exotic state of matter.

Quantum gases are very well suited for investigating the microscopic consequences of interactions in matter. Today, scientists can precisely control individual particles in extremely cooled gas clouds in the laboratory, revealing phenomena that cannot be observed in the every-day world. For example, the individual atoms in a Bose-Einstein condensate are completely delocalized. This means that the same atom exists at each point within the condensate at any given time. Two years ago, the research group led by Francesca Ferlaino from the Department of Experimental Physics at the University of Innsbruck and the Institute of Quantum Optics and Quantum Information at the Austrian Academy of Sciences in Innsbruck managed for the first time to generate supersolid states in ultracold quantum gases of magnetic atoms. The magnetic interaction causes the atoms to self-organize into droplets and arrange themselves in a regular pattern. “Normally, you would think that each atom would be found in a specific droplet, with no way to get between them,” says Matthew Norcia of Francesca Ferlaino's team. “However, in the supersolid state, each particle is delocalized across all the droplets, existing simultaneously in each droplet. So basically, you have a system with a series of high-density regions (the droplets) that all share the same delocalized atoms.” This bizarre formation enables effects such as frictionless flow despite the presence of spatial order (superfluidity).

Until now, supersolid states in quantum gases have only ever been observed as a string of droplets (along one dimension). “In collaboration with theorists Luis Santos at Leibniz Universität Hannover and Russell Bisset in Innsbruck we have now extended this phenomenon to two dimensions, giving rise to systems with two or more rows of droplets,” explains Matthew Norcia. This is not only a quantitative improvement, but also crucially broadens the research perspectives. “For example, in a two-dimensional supersolid system, one can study how vortices form in the hole between several adjacent droplets,” he says. “These vortices described in theory have not yet been demonstrated, but they represent an important consequence of superfluidity,” Francesca Ferlaino is already looking into the future. The experiment now reported in the journal Nature creates new opportunities to further investigate the fundamental physics of this fascinating state of matter.

Predicted 50 years ago, supersolidity with its surprising properties has been investigated extensively in superfluid helium. However, after decades of theoretical and experimental research, a clear proof of supersolidity in this system was still missing. Two years ago, research groups in Pisa, Stuttgart and Innsbruck independently succeeded for the first time in creating so-called supersolids from magnetic atoms in ultracold quantum gases. The basis for the new, growing research field of supersolids is the strong polarity of magnetic atoms, whose interaction characteristics enable the creation of this paradoxical quantum mechanical state of matter in the laboratory.

The research was financially supported by the Austrian Science Fund FWF, the Federal Ministry of Education, Science and Research and the European Union, among others.