Quantum computer on the way to prototype 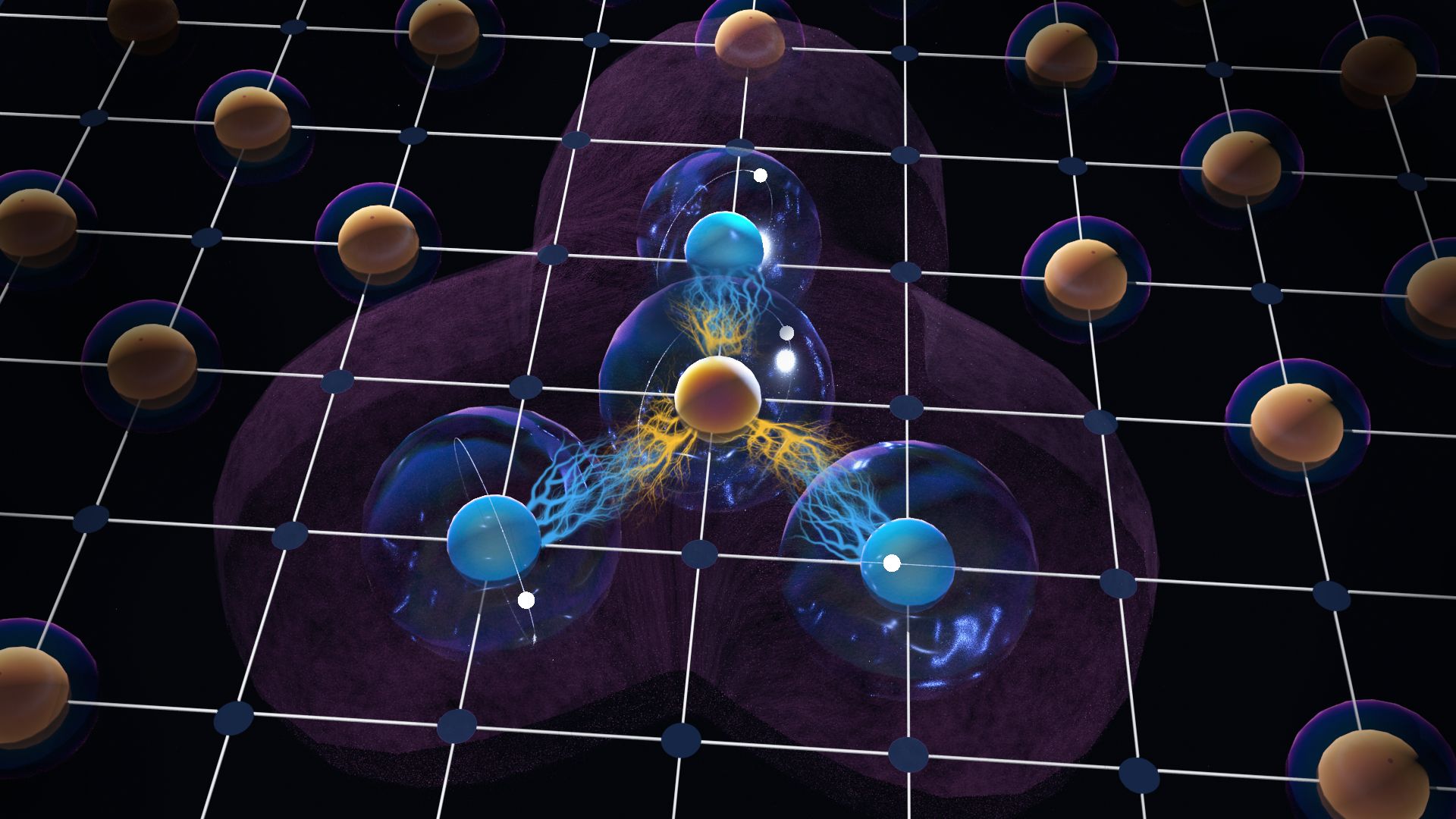 Rydberg atoms are among the most promising candidates in the race of realizing a working quantum computer. In the new collaborative project „QRydDemo“, researchers led by the University of Stuttgart aim to realize a Rydberg quantum computer demonstrator together with an industrial partner by 2025. In order to reach this goal, they group Rydberg atoms in a two-dimensional optical trap structure and perform quantum logical operations by controlled entanglement and shifting of the atom traps. The Federal Ministry of Education and Research supports this project with nine Million Euro, the industry partner contributes another 1.1 Million Euro.

Similar to a classical computer, a quantum computer executes a sequence of logical computational steps – algorithms. However, it does this with the smallest physical units, so-called quantum bits (in short: qubits). These qubits can take on not only the states 0 and 1, but also superposition states between 0 and 1.  Superposition states are also possible between distant qubits, whereby a change at one particle also causes a change at the other. If two qubits were successfully entangled with each other, their collective state is a superposition of single-particle states. To be able to perform computing operations, this state of superposition and entanglement must be maintained for many qubits over a longer period of time. Therefore, it depends on how precisely one can control single qubits and how well one can scale up the number of qubits. 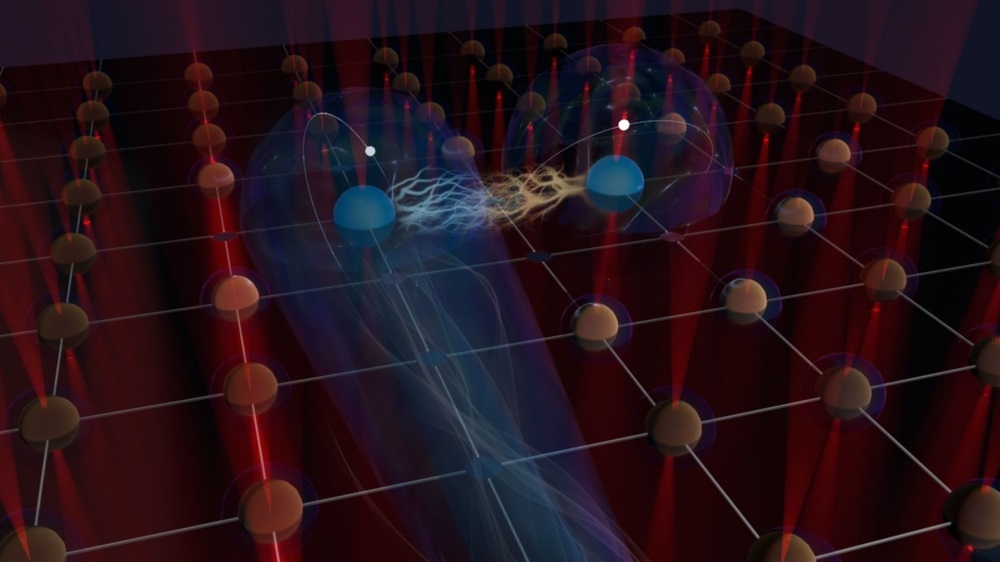 Rydberg atoms sense each other over a distance of five micrometers

In the past three years, control and entanglement of systems based on Rydberg atoms with more than 50 qubits, as well as qubit operations with an error rate less than one percent has been demonstrated. Rydberg atoms are a thousand times bigger than normal atoms and can „sense“ each other over a distance up to about five micrometers due to their weekly bound electron. „For atoms this is a gigantic distance“, explains Dr. Florian Meinert from the 5th Institute of Physics at the University of Stuttgart the special suitability of Rydberg atoms. The excitation is particularly „coherent“, that is controlled and free of disturbances. Quantum gates with Rydberg atoms are a very promising approach.  “We are confident that we can improve the performance by the orders of magnitude required to set up a working Rydberg quantum computer” Meinert assures.

In the project, researchers from experimental physics and theoretical physics as well as from industry work hand in hand. While the group around Dr. Florian Meinert provides the processor for the computer with their experimental setup that allows the guidance and control of the Rydberg atoms, the team around Prof. Hans Peter Büchler from the Institute of Theoretical Physics III at the University of Stuttgart develops the program that executes the computational steps of the quantum algorithms.  The goal is to install a web interface at the end of the project that allows computation of a first set of problems. Another challenge is to optimize the computing processes and minimize error rates. Moreover, another necessary step to be developed is the benchmarking of the quantum computer result with highly challenging simulations performed on classical supercomputers. These are the questions addressed by Prof. Simone Montangero from the University of Padova and Honorary Professor at the University of Ulm. In order to keep the coherence in the ensemble of qubits over a long time, the scientists are using a sophisticated laser and trapping system. This system allows for the control and storage of the qubit states 0 and 1, and all superposition states, as well as to realize logical quantum gates as basic building blocks of computational operations. Such laser systems do not yet exist on the market. This is why the Munich-based company TOPTICA Photonics AG, specializing in the development of high-precision laser systems, is involved as an industrial partner in this fundamental research project.

„The potential of quantum computers for science and industry in Germany is high”, says Prof. Tilman Pfau, head of the 5th Institute of Physics at the University of Stuttgart and coordinator of the collaborative project „QRydDemo“. “A quantum computer shows its strength especially for solving computationally intensive questions. This is the case, for example, with simulations of molecular bonds or solids, in order to better calculate chemical or biological processes, and to develop new materials or compounds.” Also perfectly optimized traffic flows, production processes or high-performance batteries could be realized with the fundamentally different computing method.