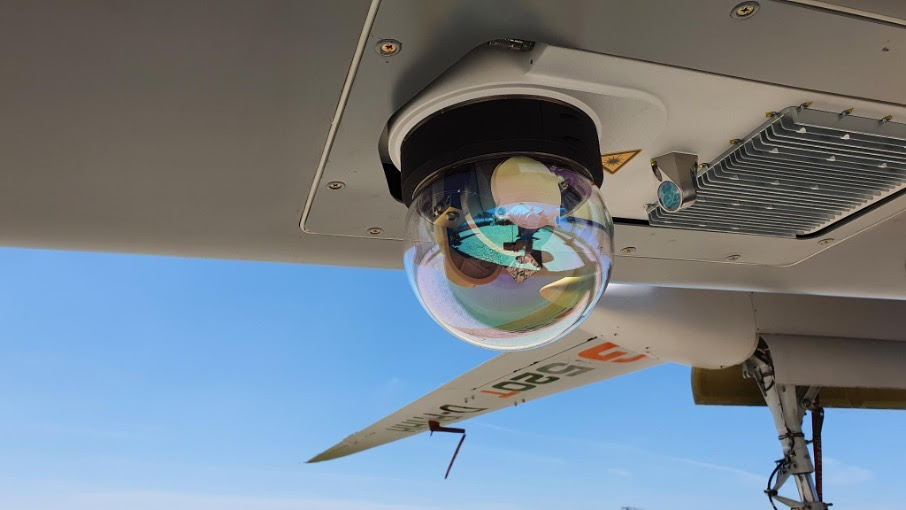 Initial flights of the campaign utilized a setup of two of Mynaric’s manufactured HAWK products for airborne laser communication on the ground and mounted in the fuselage payload bay of a G520NG aircraft, respectively, to demonstrate air-to-ground links. The setup was recently cleared for flight by all relevant regulatory aviation authorities. The first flights of the campaign demonstrated stable bidirectional laser links with 10 Gbps speed between the aircraft and the terminal on the ground during various flight patterns.

“Closing laser communication links in the air is in many dimensions a lot harder than in space given the aircrafts’ movements and atmospheric conditions,” said Bulent Altan, CEO of Mynaric. ”Having overcome these challenges HAWK offers connectivity with unprecedented security and bandwidth to airborne platforms. As the world’s first industrialized optical communications terminal for airborne applications, it enables aeronautical communication capabilities previously unimaginable. We are proud to have yet again advanced the industrial frontier of laser communications and look forward to expanding HAWK’s mission envelope further as the flight campaign with H3 HATS progresses.”

“Our customers today are stuck with sub-par data rates in the low Mbps for air-to-ground use cases and are limited to no real available solutions for air-to-air connectivity,” said Tina Ghataore, CCO of Mynaric. Our HAWK product line hits the perfect sweet spot to transfer large quantities of data with Gbps quickly and securely. From Remotely Piloted Aircraft Systems, to Transport and Commercial Aircraft, we see our products becoming integral to future airborne and mobility networks.”

The flight campaign utilizes a G520NG aircraft suited for manned or unmanned missions at high altitudes of up to 50,000 ft and for long endurances. The addition of the HAWK optical communications terminal to the aircraft extends its capabilities with secure and undetectable high-speed communication particularly relevant for intelligence, surveillance, and reconnaissance (ISR), broadband provisioning and other missions from high altitudes. HAWK has been designed for secure real-time broadband communication within a wide array of airborne applications and small size, weight and power (SWaP) requirements. The product is currently in pre-series production at Mynaric’s production facility that was inaugurated in June 2021.

“Congratulations, to the demonstration of this high-speed laser communication which we see as an important step for our high-altitude platforms.” said Robert Schmoldt, COO of H3 HATS. “The used aircraft G520NG was fully operated from the ground station and showed the UAV capability which is required for our flying telecommunication tower concept.” 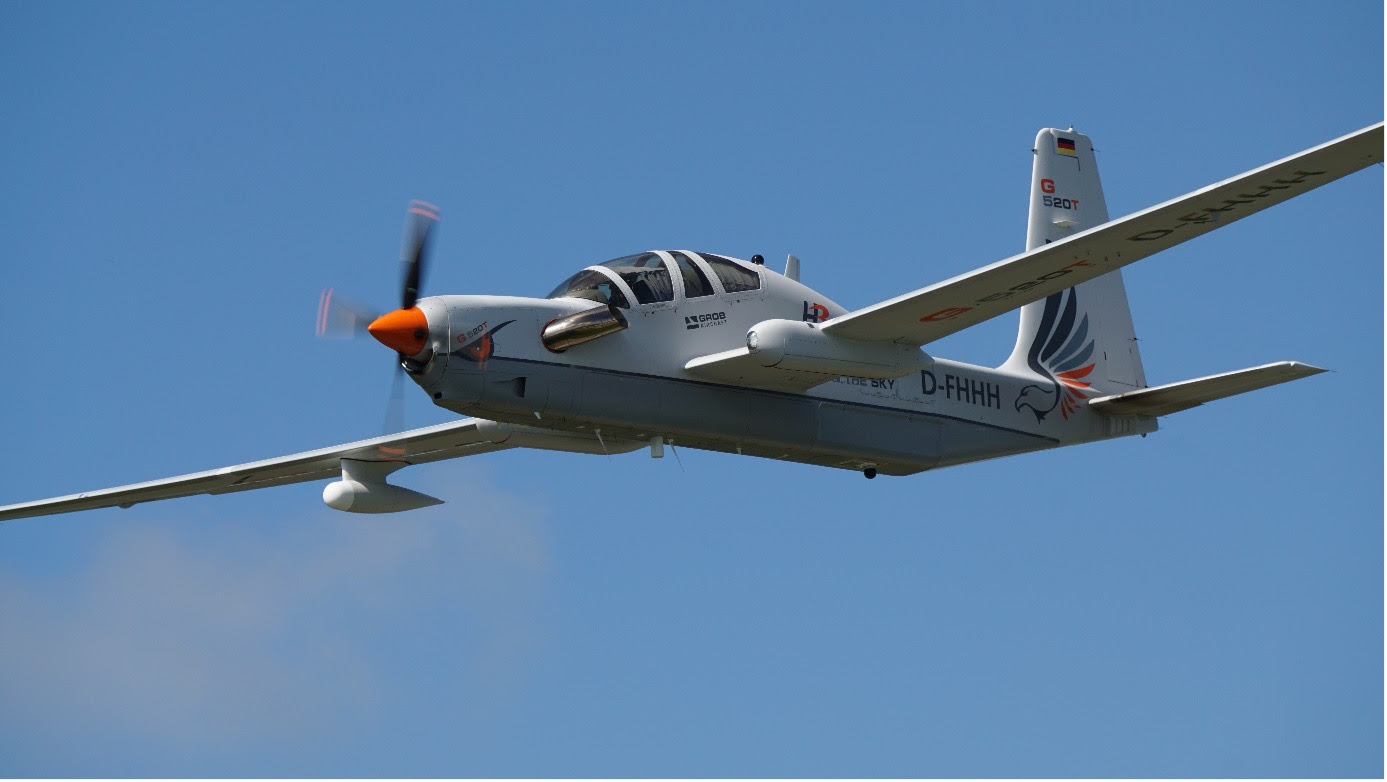 The partnership between Mynaric and H3 HATS foresees an expansion of HAWK’s suitable mission envelope in upcoming flights and joint customer demonstrations going forward. The HAWK optical communications terminal for airborne laser communication is currently included in flight campaigns with customers and partners in Europe and the United States. Today’s announcement marks yet another milestone in the company’s efforts to unlock the industrial age of laser communications.

Germany-based H3 HATS is a subsidiary of the internationally renowned H3 AEROSPACE specialized in development, production and services of high-altitude platforms. H3 Aerospace is one of the world’s largest and most experienced composite aircraft manufacturers since 1971. Within its 50 years of history, the company delivered more than 3,500 aircraft that have flown over seven million hours on five continents. Its product range evolved from pioneering gliders of the 70s, the record-breaking high-altitude aircraft G520, G850 and being the world market leader for training aircrafts with the G120TP.

Mynaric (Frankfurt Stock Exchange: M0Y, ISIN: DE000A0JCY11) produces the optical fiber for the skies and, as a pioneer of laser communication, enables extremely fast and secure wireless data transmission between aircraft, drones and satellites. Globally, the need for fast and ubiquitous network connectivity is advancing inexorably. Data networks such as the internet are now largely based on infrastructure on the ground which cannot be expanded arbitrarily for legal, economic or logistical reasons. The future, therefore, calls for an expansion of the existing network infrastructure into air and space. Mynaric provides laser communication products to establish the necessary data highways for telecommunication constellations in air and space. 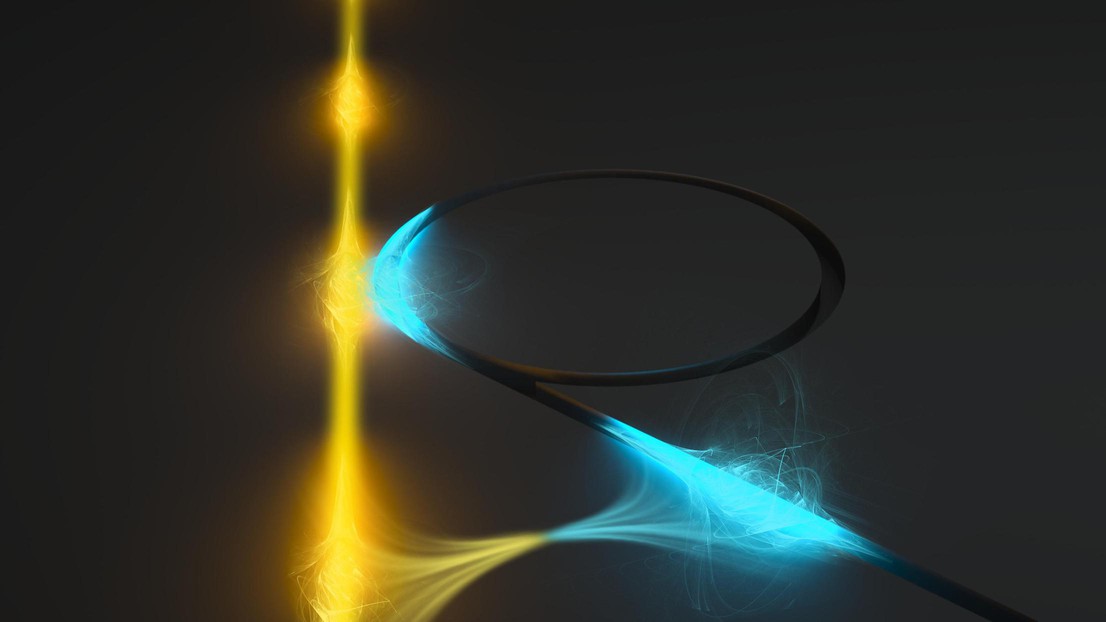