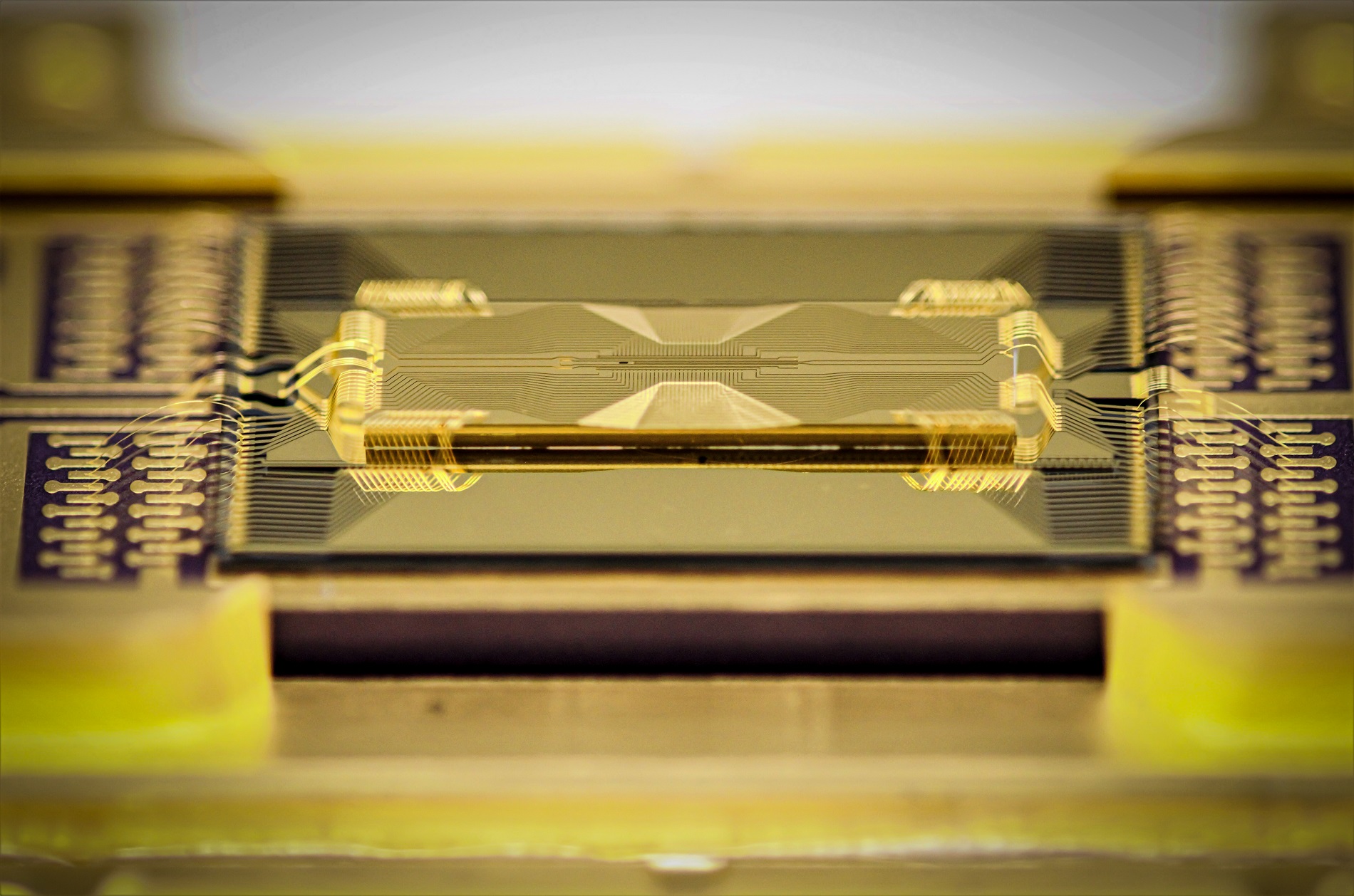 Ahead of technical roadmap expectations at the start of 2021, IonQ debuts a 4X16 Reconfigurable Multicore Quantum Architecture (RMQA) that overcomes stability challenges inherent to larger quantum computers, opening the door to quantum computers with hundreds of qubits on one chip

This demonstration was achieved on a technological platform recently added to IonQ’s intellectual property warchest, called Evaporated Glass Traps (EGTs). Developed by an IonQ team led by UC Berkeley Physics PhD and ex-GTRI and -NIST researcher Jason Amini, the EGT platform offers an unprecedented level of performance and is a crucial part of IonQ’s roadmap to rapid scalability and increased computing power.

“The Reconfigurable Multicore Quantum Architecture marks a key milestone for IonQ and for the quantum computing industry in general,” remarked IonQ President and CEO Peter Chapman. “RMQA is a critical enabler of our ability to scale qubit density and deliver the computational power projected in our roadmap. We’re very proud of the team at IonQ that has achieved a powerful platform for scalability and control in a single technical breakthrough.”

Today’s news involves the separation and merger of a total of 64 ions to create a RMQA using 4 chains of 16 ions each. The ion chains are transported and merged into permutations of a higher-connectivity, 32-ion quantum computing core, allowing for scaling to large numbers of qubits without the fidelity loss that historically accompanies very long chains of ions. This architecture was realized on IonQ’s EGT Series ion trap chip, which provides the stability necessary to operate this architecture with little to no recalibration, maximizing uptime and optimizing transport. The EGT series platforms are expected to be extended to support more chains, with each chain increasing the quantum computational power by a factor of 4000 or more.

The news continues a year of considerable momentum for IonQ. Its trapped-ion quantum computers were recently added to Google Cloud Marketplace, making IonQ the only supplier whose quantum computers are available via all of the major cloud providers. In addition, IonQ's two co-founders, Jungsang Kim and Chris Monroe, joined the White House’s National Quantum Initiative Advisory Committee to accelerate the development of the national strategic technological imperative. IonQ is also preparing to become the first publicly-traded, pure-play quantum computing company via a merger with dMY Technology Group, Inc. III (NYSE: DMYI) (“dMY III”).

IonQ, Inc. is the leader in quantum computing, with a proven track record of innovation and deployment. IonQ’s 32-qubit quantum computer is the world’s most powerful trapped-ion quantum computer, and IonQ has defined what it believes is the best path forward to scale. IonQ is the only company with its quantum systems available through the cloud on Amazon Braket, Microsoft Azure, and Google Cloud, as well as through direct API access. IonQ was founded in 2015 by Christopher Monroe and Jungsang Kim based on 25 years of pioneering research. To learn more, visit www.ionq.com.