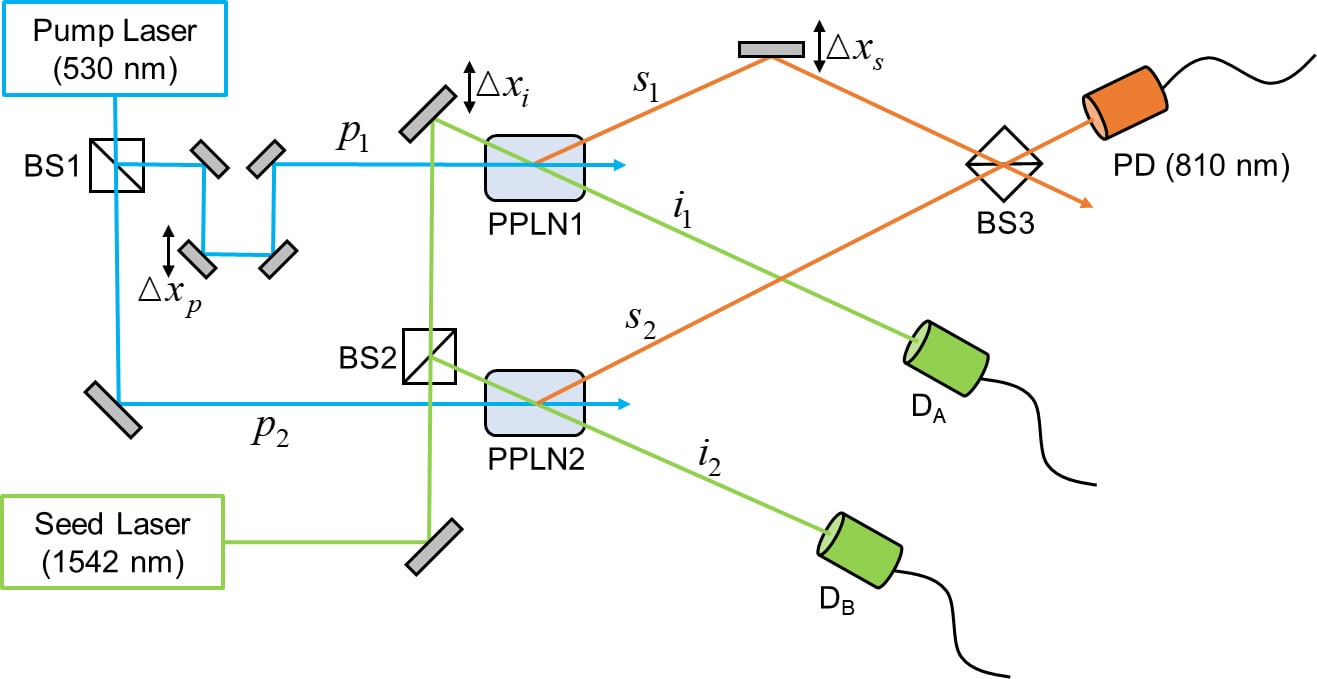 Figure 1. Double-path single-photon interferometer with controllable source purity used in our ENBS model. Two SPDC crystals, PPLN1 and PPLN2, are pumped and seeded simultaneously by the same pump and seed coherent lasers, respectively, resulting in the emission of two signal photons s1 or s2 for quantum interference detection at PD. Then, conjugate idler photons i1 and i2 provide the which-path (or which-source) information, where the controllable source purity is determined by the overlap between the SPACS of one of the idler modes and the unchanged coherent state of another idler mode. Two idler fields can be detected independently by detectors DA and DB.

To test the fundamental principle of wave-particle duality and complementarity quantitatively, a quantum composite system that can be controlled by experimental parameters is needed. So far, there have been several theoretical proposals after Neils Bohr introduced the concept of “complementarity” in 1928, but only a few ideas have been tested experimentally, with them detecting interference patterns with low visibility. Thus, the concept of complementarity and wave-particle duality still remains elusive and has not been fully confirmed experimentally yet.

To address this issue, a research team from the Institute for Basic Science (IBS, South Korea) constructed a double-path interferometer consisting of two parametric downconversion crystals seeded by coherent idler fields, which is shown in Figure1. The device generates coherent signal photons (quantons) that are used for quantum interference measurement. The quantons then travel down two separate paths before reaching the detector. The conjugate idler fields are used for extracting path information with controllable fidelity, which is useful for quantitatively elucidating the complementarity.

In a real experiment, the source of quantons is not pure due to its entanglement with the remaining degrees of freedom. However, the quanton source purity is tightly bounded by the entanglement between the generated quantons and all the other remaining degrees of freedom by the relation μs = √(1 - E2), which the researchers confirmed experimentally.

The wave-particle duality and the quantitative complementarity P2 + V2 = μs2(P, a priori predictability; V, visibility) were analyzed and tested using this entangled nonlinear bi-photon source (ENBS) system, where the superposition states of the quantons are quantum mechanically entangled with conjugate idler states in a controllable manner. It was shown that a priori predictability, visibility, entanglement (thus, source purity, and fidelity in our ENBS model) strictly depend on the seed beam photon numbers. This points to the potential application of this approach for the preparation of distant entangled photon states.

Richard Feynman once stated that solving the puzzle of quantum mechanics lies in the understanding of the double-slit experiment. It is anticipated that the interpretation based on the double-path interferometry experiments with ENBS will have fundamental implications for better understanding the principle of complementarity and the wave-particle duality relation quantitatively. 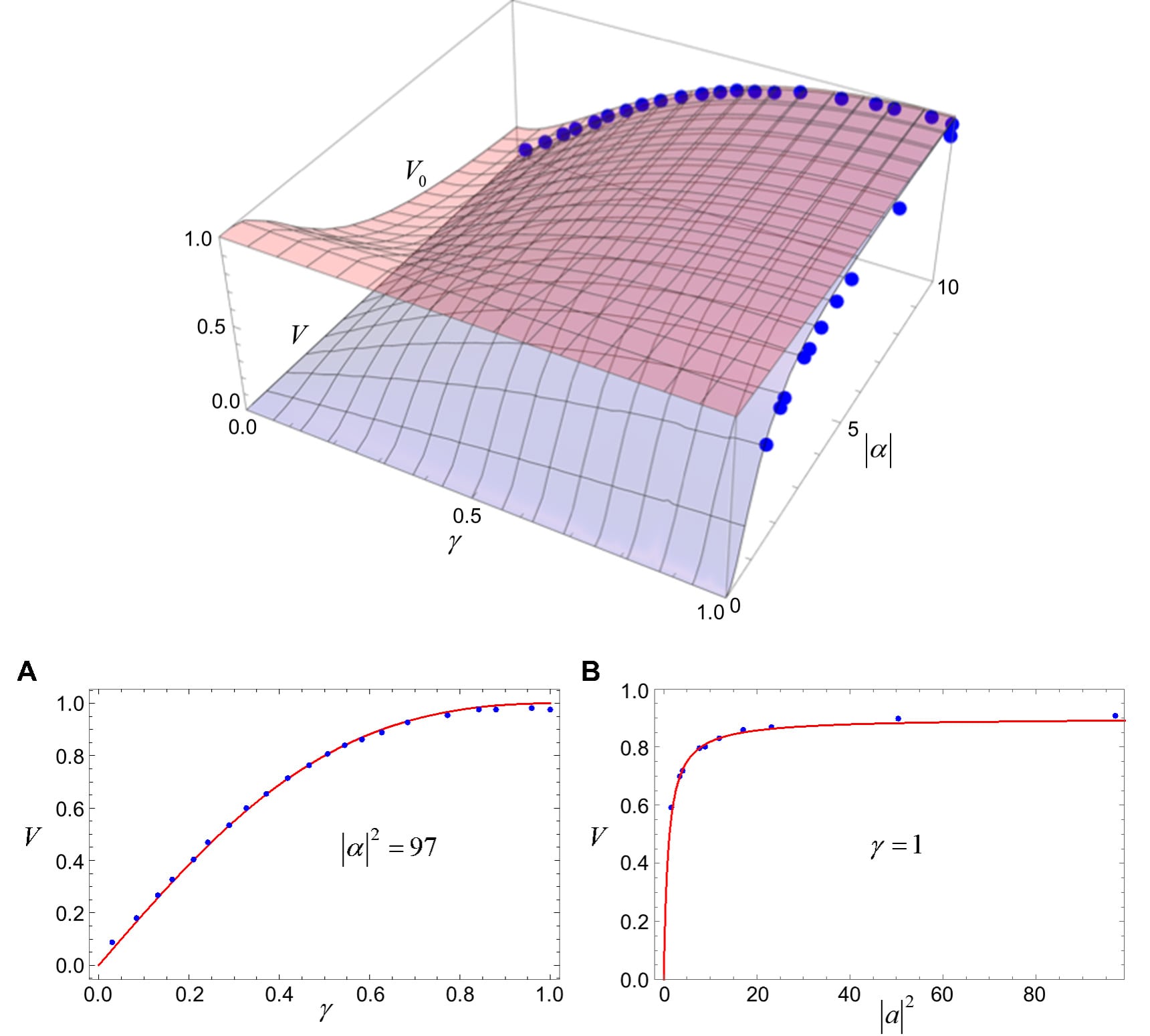 This research was published in the journal Science Advances.