A Spatiotemporal Symphony of Light 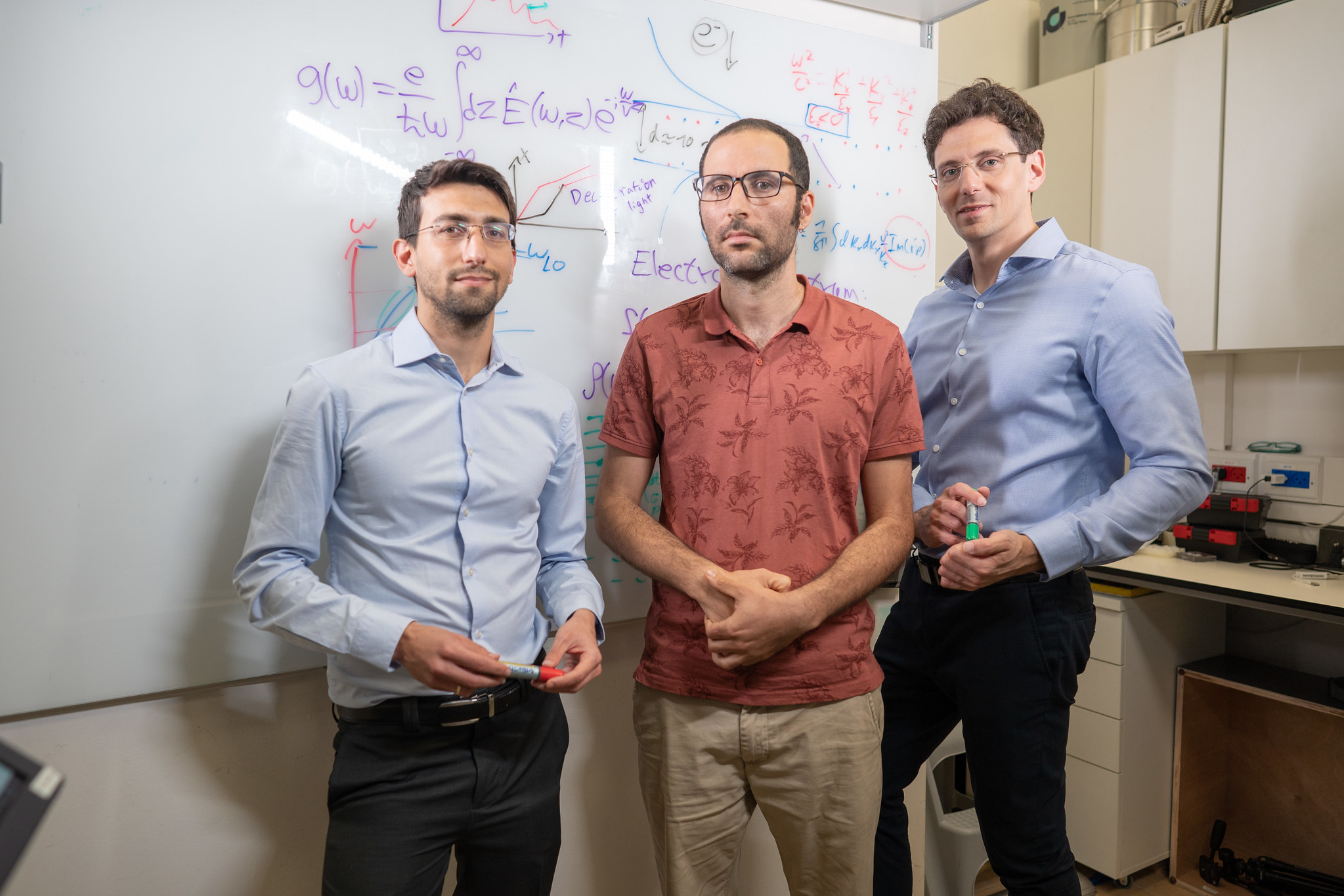 Haifa, Israel June 11, 2021 – Using an ultrafast transmission electron microscope, researchers from the Technion - Israel Institute of Technology have, for the first time, recorded the propagation of combined sound and light waves in atomically thin materials. The experiments were performed in the Robert and Ruth Magid Electron Beam Quantum Dynamics Laboratory headed by Professor Ido Kaminer, of the Andrew and Erna Viterbi Faculty of Electrical & Computer Engineering and the Solid State Institute.

Single-layer materials, alternatively known as 2D materials, are in themselves novel materials, solids consisting of a single layer of atoms. Graphene, the first 2D material discovered, was isolated for the first time in 2004, an achievement that garnered the 2010 Nobel Prize. Now, for the first time, Technion scientists show how pulses of light move inside these materials. Their findings, “Spatiotemporal Imaging of 2D Polariton Wavepacket Dynamics Using Free Electrons,” were published  in Science following great interest by many scientists.

Light moves through space at 300,000 km/s. Moving through water or through glass, it slows down by a fraction. But when moving through certain few-layers solids, light slows down almost a thousand-fold. This occurs because the light makes the atoms of these special materials vibrate to create sound waves (also called phonons), and these atomic sound waves create light when they vibrate. Thus, the pulse is actually a tightly bound combination of sound and light, called “phonon-polariton.” Lit up, the material “sings.”

The scientists shone pulses of light along the edge of a 2D material, producing in the material the hybrid sound-light waves. Not only were they able to record these waves, but they also found the pulses can spontaneously speed up and slow down. Surprisingly, the waves even split into two separate pulses, moving at different speeds. 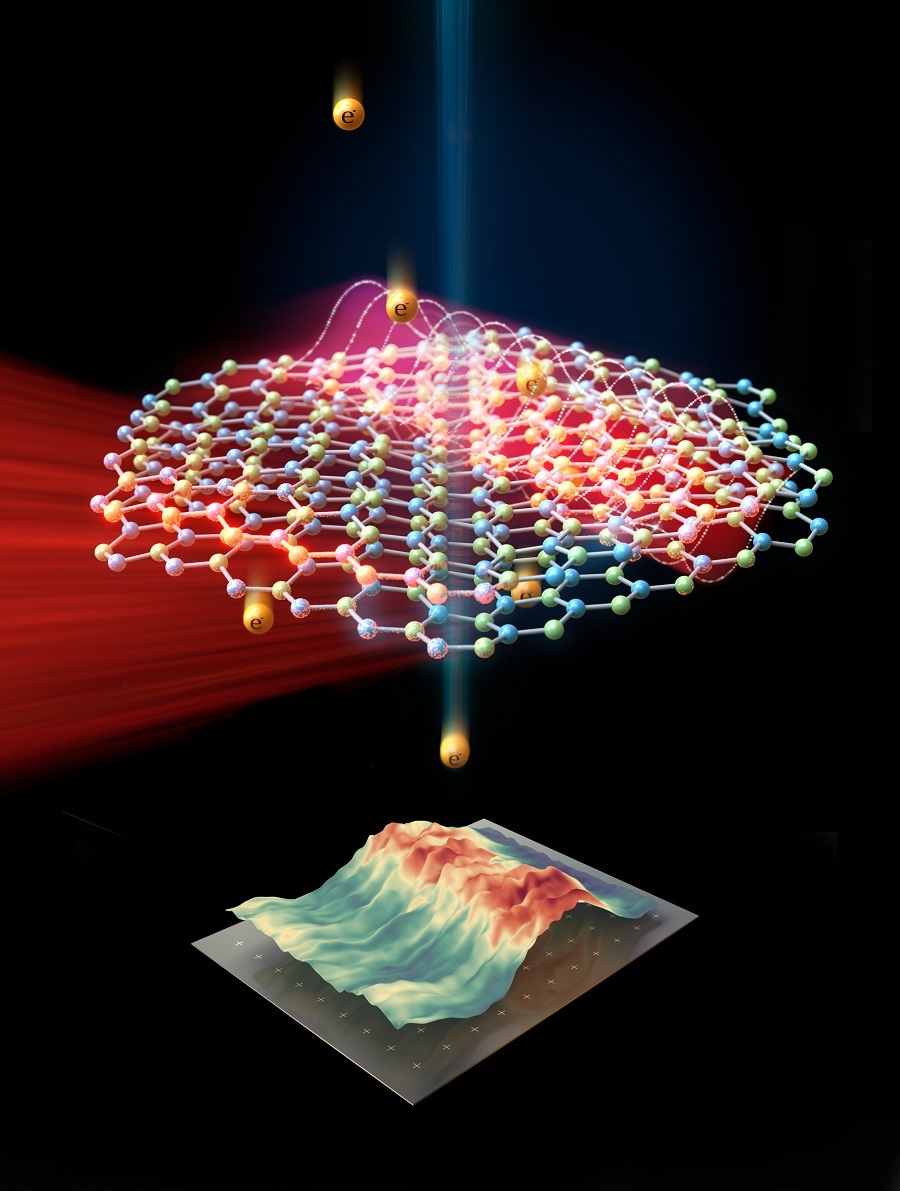 The experiment was conducted using an ultrafast transmission electron microscope (UTEM). Contrary to optical microscopes and scanning electron microscopes, here particles pass through the sample and then are received by a detector. This process allowed the researchers to track the sound-light wave in unprecedented resolution, both in space and in time. The time resolution is 50 femtosecond – 50X10-15 seconds – the number of frames per second is similar to the number of seconds in a million years.

“The hybrid wave moves inside the material, so you cannot observe it using a regular optical microscope,” Kurman explained. “Most measurements of light in 2D materials are based on microscopy techniques that use needle-like objects that scan over the surface point-by-point, but every such needle-contact disturb the movement of the wave we try to image. In contrast, our new technique can image the motion of light without disturbing it. Our results could not have been achieved using existing methods. So, in addition to our scientific findings, we present a previously unseen measurement technique that will be relevant to many more scientific discoveries.”

This study was born in the height of the COVID-19 epidemic. In the months of lockdown, with the universities closed, Yaniv Kurman, a graduate student in Prof. Kaminer’s lab, sat at home and made the mathematical calculations predicting how light pulses should behave in 2D materials and how they could be measured. Meanwhile, Raphael Dahan, another student in the same lab, realized how to focus infrared pulses into the group’s electron microscope and made the necessary upgrades to accomplish that. Once the lockdown was over, the group was able to prove Kurman’s theory, and even reveal additional phenomena that they had not expected.

While this is a fundamental science study, the scientists expect it to have multiple research and industry applications. “We can use the system to study different physical phenomena that are not otherwise accessible,” said Prof. Kaminer. “We are planning experiments that will measure vortices of light, experiments in Chaos Theory, and simulations of phenomena that occur near black holes. Moreover, our findings may permit the production of atomically thin fiber optic “cables”, which could be placed within electrical circuits and transmit data without overheating the system – a task that is currently facing considerable challenges due to circuit minimization.” The team’s work initiates the research of light pulses inside a novel set of materials, broadens the capabilities of electron microscopes, and promotes the possibility of optical communication through atomically thin layers. 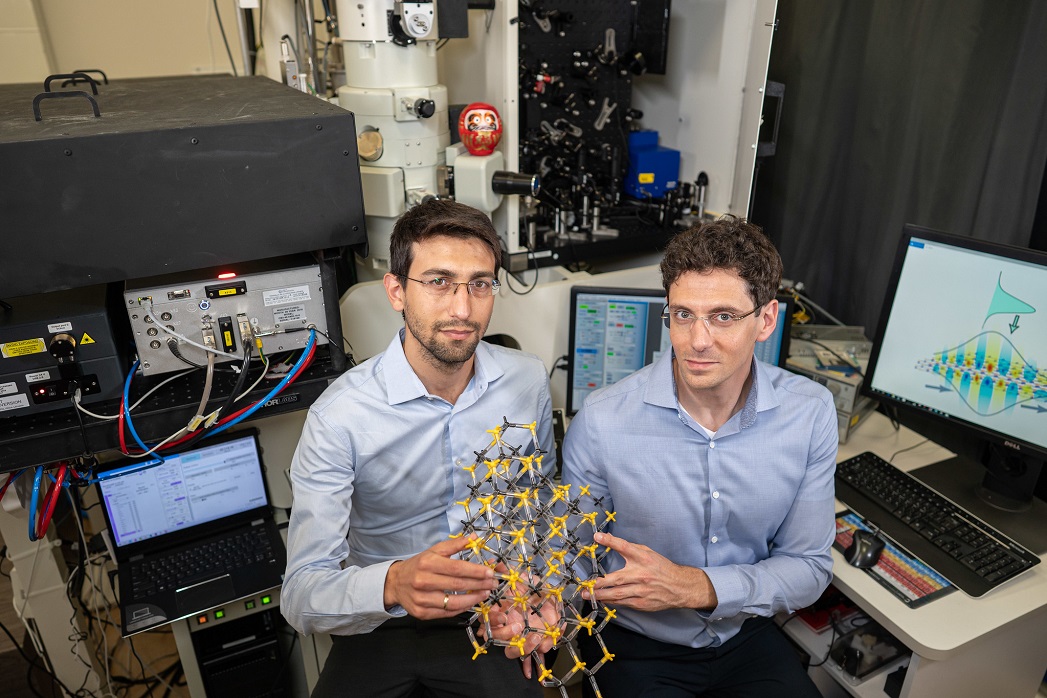 “I was thrilled by these findings,” said Professor Harald Giessen, from the University of Stuttgart, who was not a part of this research. “This presents a real breakthrough in ultrafast nano-optics, and represents state of the art and the leading edge of the scientific frontier. The observation in real space and in real time is beautiful and has, to my knowledge, not been demonstrated before.”

Another prominent scientist not involved with the study, John Joannopoulos from the Massachusetts Institute of Technology, added that, “The key in this accomplishment is in the clever design and development of an experimental system. This work by Ido Kaminer and his group and colleagues is a critical step forward. It is of great interest both scientifically and technologically, and is of critical importance to the field.” 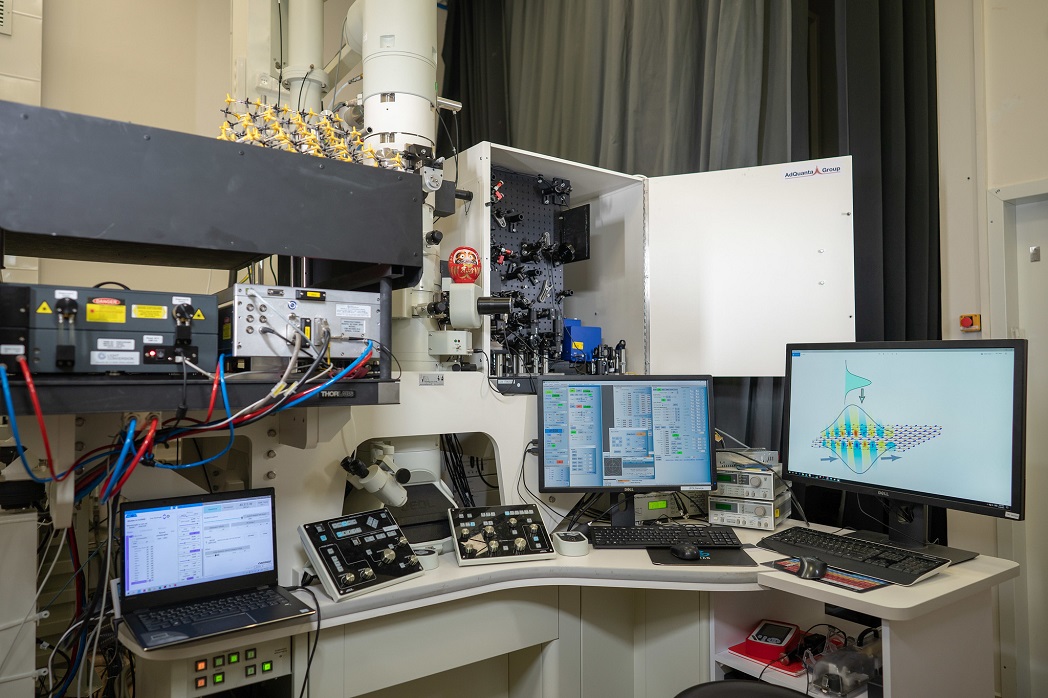 Prof. Kaminer is also affiliated with the Helen Diller Quantum Center and the Russell Berrie Nanotechnology Institute. The study was spearheaded by Ph.D. students Yaniv Kurman and Raphael Dahan. Other members of the research team were Dr. Kangpeng Wang, Michael Yannai, Yuval Adiv, and Ori Reinhardt. The research was based on an international collaboration with the groups of Prof. James Edgar (Kansas State University), of Prof. Mathieu Kociak (Université Paris Sud), and of Prof. Frank Koppens (ICFO, The Barcelona Institute of Science and Technology).