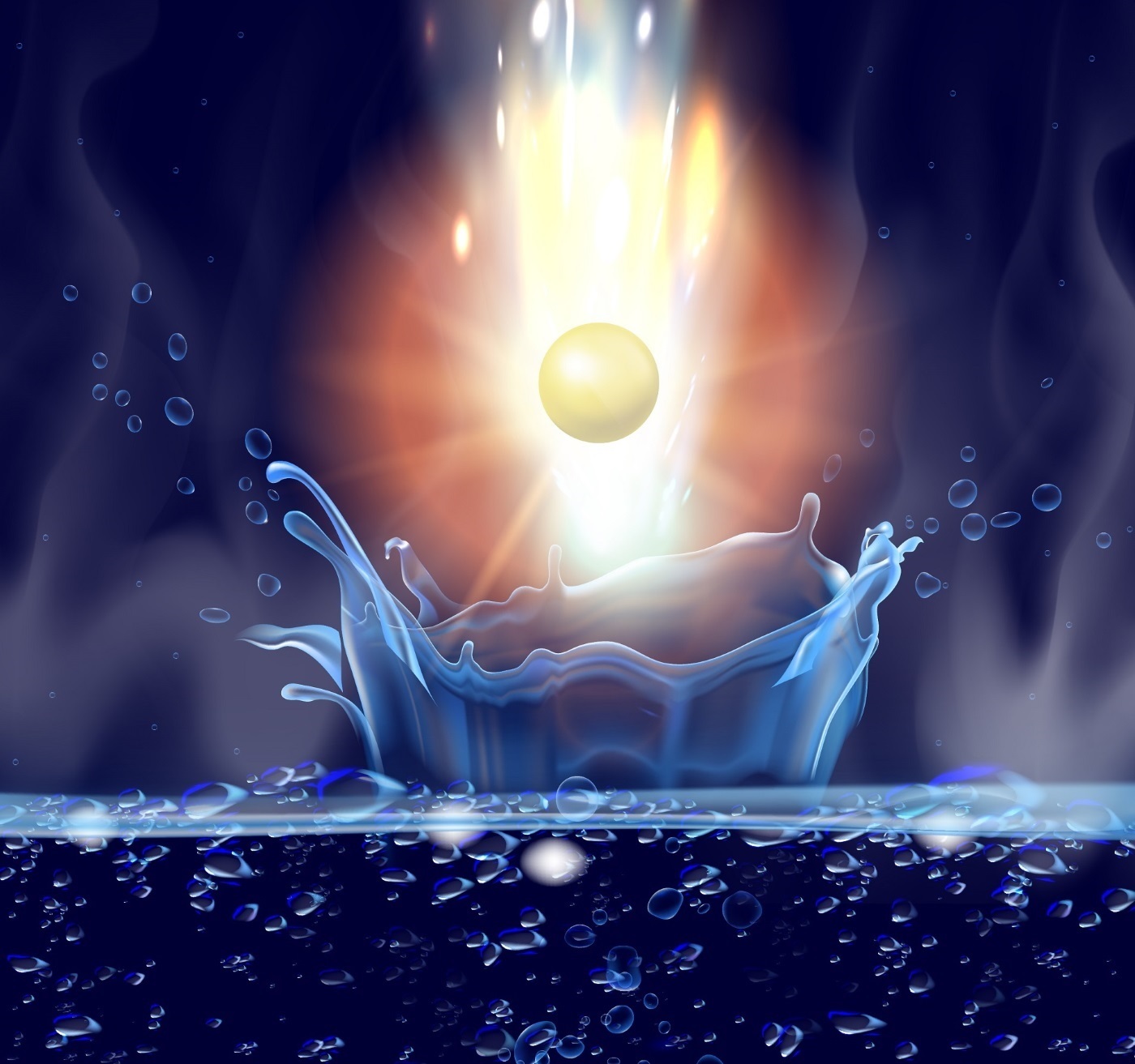 Engineering a qubit system close to the point of a quantum phase transition could make single photons easier to detect, just as a giant release of steam could be used to detect a tiny disturbance to superheated water, Purdue University researchers say. (Purdue University illustration/Xueji Wang)

The problem is that each photon is a very weak signal, making it difficult for measurement devices to efficiently detect them. Purdue University engineers have proposed a new quantum resource that could help design the next generation of single-photon detectors.

The type of quantum resource that the researchers discovered is called a “giant susceptibility,” which is a violent response of a system to a tiny perturbation. This response is necessary for converting a weak signal in the quantum domain to an amplified strong signal like those used by cell phones and other classical technology.

In a paper published in NPJ Quantum Information, the researchers showed through a simulation that a system running on 100 computation units, called qubits, could exhibit a giant response when interacting with just one photon.

The research is part of the Defense Advanced Research Projects Agency’s DETECT program to design new single-photon detectors. The researchers will be working with their collaborators to test this approach experimentally.

“Our search for better single photon detectors led us to an unorthodox concept of exploiting quantum phase transitions,” said Zubin Jacob, a Purdue associate professor of electrical and computer engineering.

“The detector itself is analogous to water in a microwave,” said Li-Ping Yang, a Purdue postdoctoral scholar who worked with Jacob on developing this model.

“A tiny disturbance to superheated water triggers an explosion releasing steam. Just as that giant release of steam could be used to detect the tiny disturbance, this multi-qubit system engineered near a quantum phase transition could help better detect a single photon.”

Patents related to this research have been filed through the Purdue Research Foundation Office of Technology Commercialization. DARPA DETECT funding for this work is associated with award number W911NF-18-1-0074.

The temporal dynamics of large quantum systems perturbed weakly by a single excitation can give rise to unique phenomena at the quantum phase boundaries. Here, we develop a time-dependent model to study the temporal dynamics of a single photon interacting with a defect within a large system of interacting spin qubits (N>100). Our model predicts a quantum resource, giant susceptibility, when the system of qubits is engineered to simulate a first-order quantum phase transition (QPT). We show that the absorption of a single photon pulse by an engineered defect in the large qubit system can nucleate a single shot quantum measurement through spin noise read-out. This concept of a single-shot detection event (“click”) is different from parameter estimation which requires repeated measurements. The crucial step of amplifying the weak quantum signal occurs by coupling the defect to a system of interacting qubits biased close to a QPT point. The macroscopic change in long-range order during the QPT generates amplified magnetic noise, which can be read out by a classical device. Our work paves the way for studying the temporal dynamics of large quantum systems interacting with a single-photon pulse.